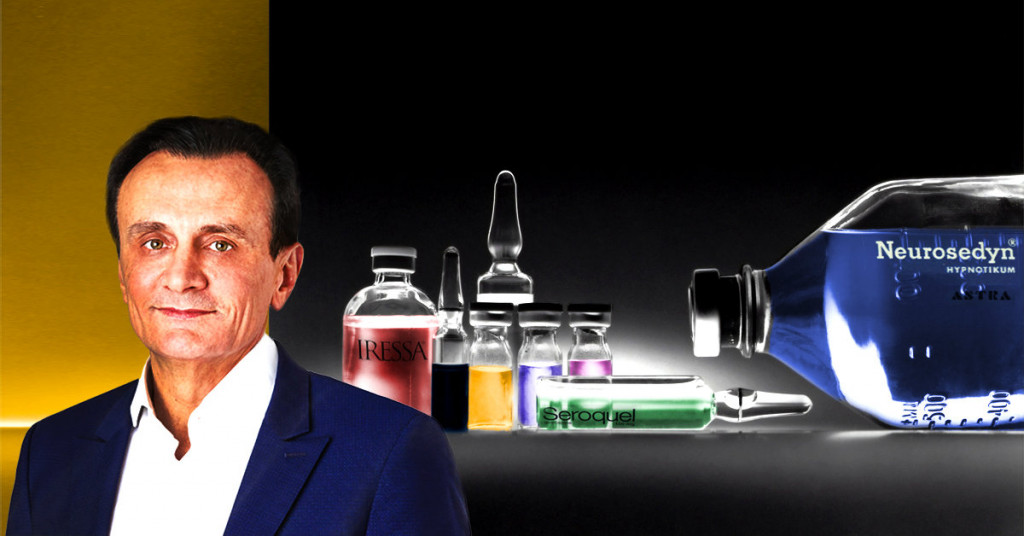 AstraZeneca’s COVID-19 vaccine has not turned out to be the PR success story the company had hoped, with legal wrangling over its supply dominating the headlines. Nevertheless, CEO Pascal Soriot says his company should be proud of selling its vaccine on a not-for-profit basis and he will hope that this will be remembered in the future. Whatever comes to pass with the vaccine (and it is by no means certain that the company will not make huge profits from it in future years), let’s not forget why AstraZeneca needed some good PR. Like its big pharma peers, the company has a long list of scandals its management would rather we forgot. Here we remember six of them. For a longer list, read reports from US organisations Corp-Research, Good Jobs First and Drugwatch.

You can read the rest of our Vaccine Capitalism series here.

1961: One of the most infamous of all drugs, Thalidomide is mainly associated with West German pharmaceutical company Chemie Grünenthal GmbH, but AstraZeneca’s predecessor company Astra (which later merged with Zeneca Group to form AstraZeneca) manufactured and sold it in Sweden. When given to pregnant women Thalidomide caused the deaths of many infants and severe disabilities in those who survived. Marketed under the name Neurosedyn, it affected 180 Swedish children during the 1960s. The babies were born with severe disabilities and a third died soon after birth. According to a report on Radio Sweden, Astra settled with victims and their families in 1969 and agreed to pay damages, but never admitted any guilt.

2002: Multiple patients suffered a form of pneumonia and some died from taking Iressa, AstraZeneca’s lung cancer treatment drug. According to the Japan Times, of the 7,000 people that took the drug in the country, about 160 died of interstitial pneumonia, believed to be a side effect of the drug. The company was forced to apply a clearer warning label regarding the danger.

2003: A man committed suicide during an AstraZeneca-funded drug trial that was accused of grossly unethical practices. The company was trying to show its new antipsychotic drug – Seroquel – was better than the existing generic version, hoping that a new patented drug would bring bumper profits. But in the trial, Seroquel was found to perform worse than the existing drug and to cause undesirable side effects, including the increased the risk of weight gain and diabetes. Tragically, one man – Dan Markingson – committed suicide during the trial. He had been recruited to it despite experiencing psychosis so acutely that he had repeatedly been judged unable to make medical decisions for himself. His mother made numerous attempts to pull him out of the trial due to the deterioration of his mental health. The case generated international outrage over his treatment by the University of Minnesota, which conducted the trial, and led to the passing of a new law in 2009 by the state legislature. For more on this, read a heart-breaking, detailed account here.

2005: A study by Tufts University found that Crestor, a cholesterol drug by AstraZeneca, could cause kidney failure and other side effects. The rate of kidney damage was found to be 75 times higher in some patients taking Crestor compared to other statins (drugs used to treat cholesterol). The previous year, the Public Citizen’s Health Research Group, a USA based watchdog, had called for an investigation of AstraZeneca for reporting these side effects months later than required. In the wake of the study, the company was forced to publish warnings about these side effects. Despite campaigning by concerned groups, the drug remains on the market.

2010: Another scandal involving Seroquel saw AstraZeneca fined $520 million for the way it marketed its antipsychotic drug. The acting U.S. attorney for the Eastern District of Pennsylvania said elderly people, veterans and prisoners were treated as “guinea pigs”. According to ABC News, the company paid kickbacks to doctors and promoted the drugs for a variety of illnesses for which it had never been tested, including Alzheimer’s and depression. The drug was also prescribed to children even though it had not been approved for their use.

2016: AstraZeneca was fined $5.5 million by the US government for bribing doctors in China and Russia. Health website Statnews reported that the US Security and Exchange Commission (SEC) charged that AstraZeneca sales and marketing staff, along with “multiple levels” of company managers at subsidiaries, “designed and authorized several schemes” to convey gifts, conference expenses, travel and cash, in order to influence purchases of AstraZeneca drugs.