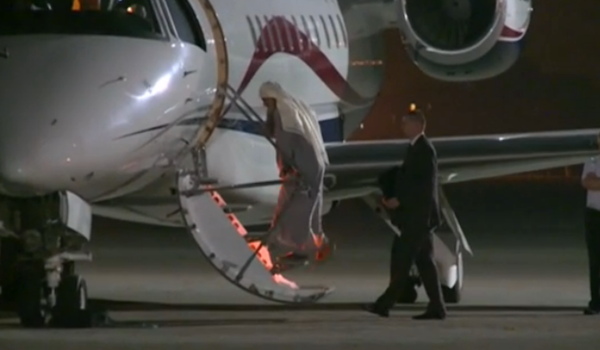 In the latest hysteria over foreign prisoners in the UK, the Tory-led government was yesterday threatening to ‘temporarily withdraw’ from the European Convention on Human Rights so as to overcome legal barriers to the deportation of radical Islamic preacher Abu Qatada.[1] At the same time, the latest prison statistics by the Ministry of Justice, published today, show that the number of foreigners held in British jails has actually declined.[2]

An investigation by Stop Deportation and Corporate Watch reveals that even these figures are inflated by over 10% because the MoJ statisticians misleadingly include migrants held in prisons solely under immigration powers and on remand as foreign national prisoners. Even more shocking is the inclusion in the FNP count of detainees held in three immigration detention centres run by the Prison Service.

The new research, published today,[3] exposes the myth that British prisons are overcrowded with foreign criminals who the government is powerless to deport. The key findings include:

“The foreign prisoners ‘crisis’ was a myth motivated by a xenophobic agenda. The legal changes that allowed the double punishment of foreign nationals by deporting them after they have served their sentences were largely based on a lie. The British public have for years been deceived by inaccurate statistics that conflate foreign national prisoners with foreign national offenders, and mysteriously count some immigration detainees as prisoners and some immigration detention centres as prisons. Now this unfounded ‘crisis’ is being used as a convenient political tool to justify the controversial mass deportation flights by associating the programme with the ‘urgent need’ to deport ‘large volumes’ of foreign national prisoners. They are an invisible enemy, personified by the hated figure of Abu Qatada.”

[3] The full briefing is available at www.corporatewatch.org/download.php?id=184