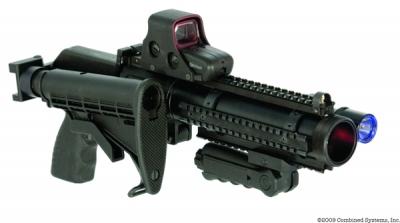 The eviction of the Calais jungle is about to begin, but who does this act of brutality serve? On the one hand, cynical politicians looking to the French presidential election next year, desperately trying to cling onto power with a show of toughness. But also, it will boost the profits of a host of private companies who supply the rubber bullets and barbed wire, bulldozers and deportation buses.

Calais Research Network, a research group formed this August in which Corporate Watch is participating, has compiled an expanded list of over 40 companies profiting from the border regime. These companies have an interest in building up ‘security’ in Calais and beyond, part of a flourishing industry surrounding everything from the privatization of lorry inspections to the manufacturing of tear gas canisters, and the constantly proliferating fences and walls along the highway.

The full list with detailed information on each company can be viewed on the new Calais Research website. This companies list is the first page to be published on the site. In the coming days further pages will be added to map out some of the many axes of power that shape the reality of the border, including further information on the decision-makers behind the securitisation of Calais, and more detailed investigations of key companies including Eurotunnel and Vinci.

This list is still far from complete, and we will continue to update it as we uncover more information. If you have any information on these companies or others, please send it to us at calaisresearch(at)riseup.net. Your confidentiality will be fully respected. We would also be interested to hear more accounts of corruption and collaboration in the NGO sector.