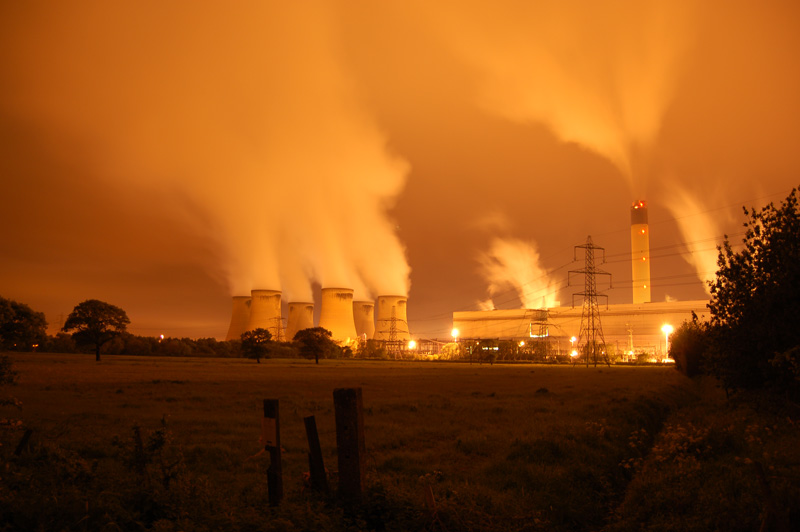 The US Government has pulled the plug on a flagship carbon capture project on which they had already spent hundreds of millions of dollars. [1] Meanwhile, the UK Government is expected to make an imminent announcement of a grant of up to £1 billion to a similar coal power station ‘carbon capture’ project by a consortium including Drax plc, owners of the UK’s largest power station. [2]

The US Government decided to withdraw from the carbon capture project, called FutureGen, following escalating costs and delays, having concluded that it could not be commercially viable. In Europe, the same technology has only been used in one pilot plant in Germany, operated by the Swedish energy company Vattenfall. Vattenfall announced last May that they were closing this down and withdrawing from similar research on the same grounds. [3]

Nonetheless, the UK Government is expected to shortly announce a final award of up to £1 billion to the “White Rose Carbon Capture and Sequestration” project proposed by Drax, Alstom and BOC. The project consists of a new 448 megawatt coal or coal-plus-biomass power station, from which the developers aim to capture up to 90% of carbon dioxide (CO2). It will then be pumped beneath the North Sea by the National Grid. In addition, the new power station is expected to qualify for significant ongoing subsidies paid via a surcharge on electricity bills. [4]

Campaigners warn that the project will waste large amounts of public money on a technology shown not be economically viable, whilst exacerbating Drax’s current global coal mining and biomass sourcing impacts. Drax’s existing power station burns more biomass than any other plant in the world and more coal than any other UK power station. Wood burned at the power station has been shown to come from the clearcutting of biodiverse wetland forests in the southern US, [5] while Drax also burns coal from an opencast mine in Northern Colombia for which whole communities have been evicted. [6]

“White Rose is an evocative name, but White Elephant would be more apt.” Said Oliver Munnion, Biofuelwatch Co-Director. “Drax is symbolic of all that is wrong with energy policy in the UK. Instead of closing down coal capacity as fast as possible, hundreds of millions of pounds are being handed over to large energy companies for destructive and, in this case, commercially unviable power stations. Public funds should be spent on slashing carbon emissions through insulating draughty homes, improving energy efficiencies and genuinely low-carbon and sustainable renewable energy, not new thermal power stations. The White Rose will be hugely expensive and tie the UK into even more coal and biomass burning long into the future.”

“With or without carbon capture, coal is fundamentally destructive.” Said Richard Solly, Coordinator of the London Mining Network. “The extra 1.2 million tonnes of coal a year that the White Rose will burn will likely come from the same opencast mines that already cause such harm to communities living next to them, whether from Cerrejon in Colombia, or even from Mountain Top Removal in the US. It is simply unacceptable to put so much public money into a project that will add to the impacts of global coal mining.”

Chris Kitchen, researcher at Corporate Watch, said: “We need to leave fossil fuels in the ground, and as a recent paper in the journal Nature confirmed, [6] CCS does nothing to change this fact. However, the promise of CCS is being used as a smokescreen, keeping the fossil fuel industry alive and preventing us from tackling the real causes of climate change: capitalism, economic growth and our exploitative relationship with nature.”

[1] US Secretary of Energy, Ernest Moniz announced earlier this month that the US government would stop the development of FutureGen 2.0, a 168 MW carbon capture in Illinois on which the government had already spent $202.50 million since 2010. The project had been the subject of a highly critical report by the Congressional Research Service in 2013. See: http://www.cato.org/blog/admitting-futuregens-failure. Both the FutureGen 2.0 and the White Rose project involve a technology called ‘oxyfuel carbon capture’.

[2] The official website for the White Rose project is http://www.whiteroseccs.co.uk/. The White Rose CCS project and a second project in Peterhead were shortlisted for a total £1 billion grant by the Department for Energy and Climate Change (DECC) in 2013 and a final decision regarding this grant is to be announced early in 2015: www.parliament.uk/briefing-papers/sn05086.pdf. However, no relevant planning application has been submitted for the Peterhead proposal, while a full planning application for the White Rose project was accepted for consideration by planners in January.

[3] Europe’s only oxyfuel power plant so far has been Vattenfall’s 30 MW Schwarze Pumpe pilot plant in Germany – though this project did not actually attempt to sequester any CO2. Vattenfall closed the plant in July 2014, having announced that they would largely abandon carbon capture and sequestration research for economic reasons: http://www.spiegel.de/wissenschaft/technik/rueckzug-vattenfall-gibt-forschung-zu-ccs-weitgehend-auf-a-968042.html

[4] Carbon capture and sequestration is eligible for ‘Contracts for Difference’ subsidies introduced through the government’s Electricity Market Reform, however actual subsidy figures are yet to be announced: https://www.gov.uk/government/uploads/system/uploads/attachment_data/file/233004/EMR__Contract_for_Difference__Contract_and_Allocation_Overview_Final_28_August.pdf

[5] For details and evidence see www.dogwoodalliance.org