Home
/
Companies
/
Eco-defence & international solidarity: #3 the struggle against the Phulbari coal mine

The third in our 5-part series shining a light on major struggles against destructive mega-projects happening in different parts of the world, each involving companies with links to the UK. See here for part one on the resistance to the Mountain Valley Pipeline in the US, and here for part two on the battle against the Coastal GasLink pipeline in Canada.

What is it? London-based GCM Resources has planned to build an open-pit coal mine and two coal power plants in the Phulbari region of Northern Bangladesh since 2005.

What’s wrong with the project? The Phulbari mine would lead to the displacement of up to 220,000 people as well as massive environmental pollution. Residents are already familiar with the devastating impacts of coal mining on their crops, homes and water resulting from the Barapukuria mine, which is about 10 miles away from Phulbari.

How have people been resisting? In 2006, an 80,000-strong demo in Phulbari against the mine and associated evictions resulted in the deaths of three teenagers, Al Amin (aged 11), Mohammad Saleqin (aged 13), and Tarikul Islam (aged 18), after paramilitaries fired on demonstrators. Over two hundred more were left injured. People responded with a powerful, four-day national strike, which forced the government to revoke GCM’s licence. However, the company filed charges against mine opponents and still insists on pressing ahead with the project. In the UK, solidarity activists have demonstrated at the company’s AGMs year after year, asked awkward questions in their meetings, and have repeatedly called for the company’s delisting from the London Stock Exchange’s AIM (Alternative Investment) market. The project is currently at an impasse, but as the mine is loss-making GCM’s only project, it is still committed to making it happen and recently released a statement assuring investors of its viability.

Other companies: The ever-hopeful GCM recently announced that it had entered into an agreement with three companies to produce an ‘environmental solution’ to its fly ash (a waste product from coal-burning), which GCM describes as ‘a significant value-adding opportunity for the Project’, and which will enable GCM to greenwash its massive carbon footprint. Those companies are SION, a Japanese technology firm; VersaTech, a Hong Kong-based environmental technology company; and AC Biode, a Cambridge tech start-up based in Luxembourg, Japan, and the UK. AC Biode has pitched at events at the University of Cambridge and will ‘virtually exhibit’ at the COP26 in Glasgow. 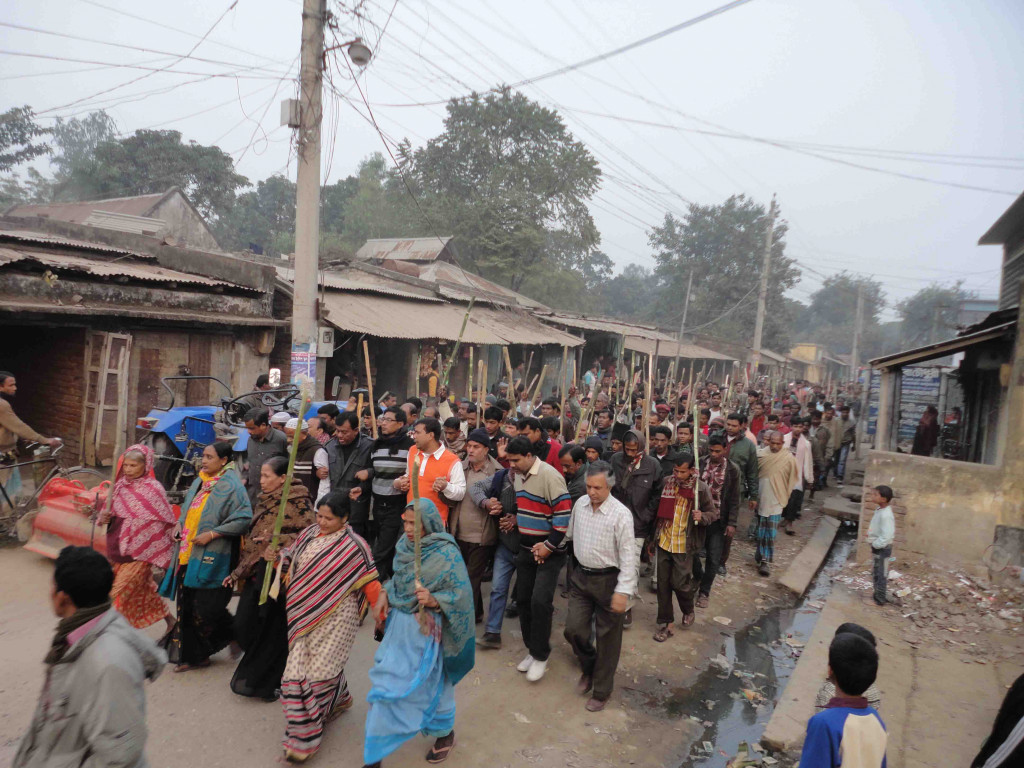 2013 demonstration against the mine, image via Phulbari Solidarity 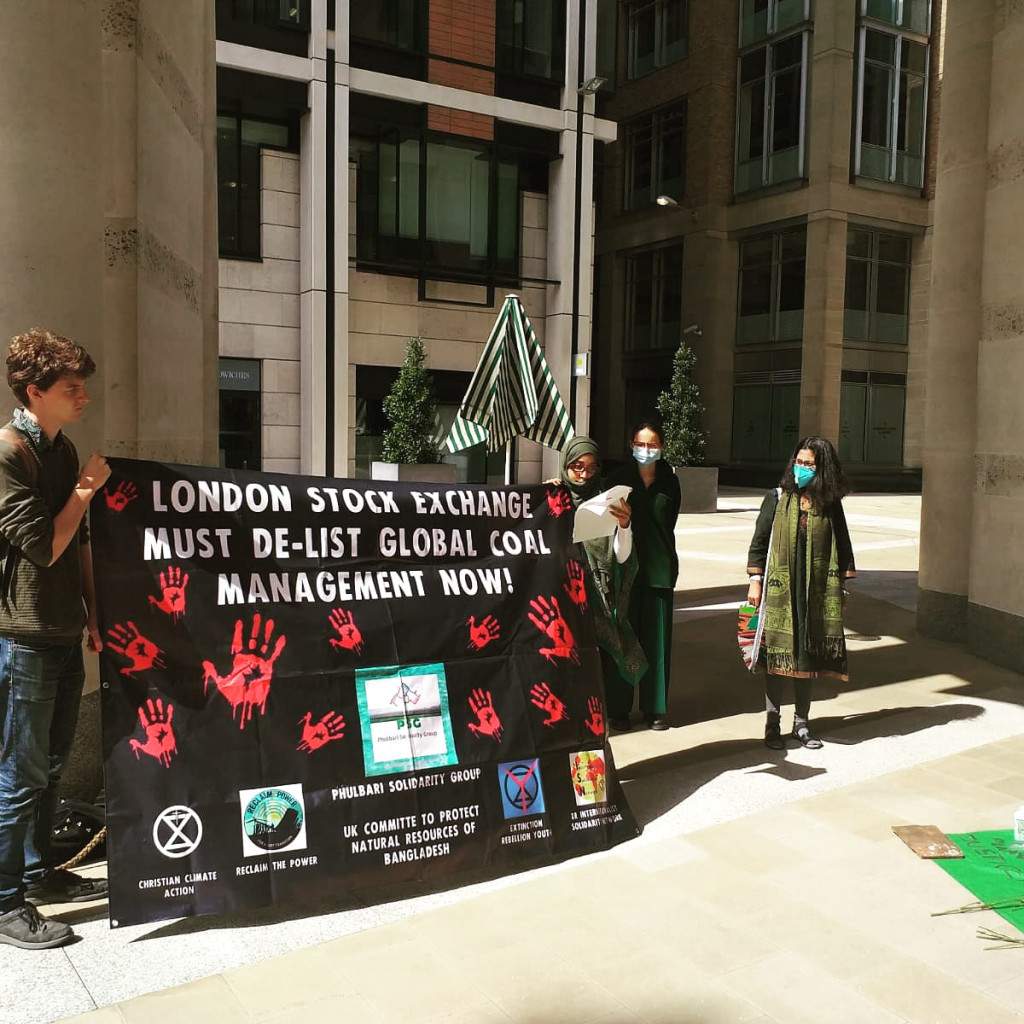 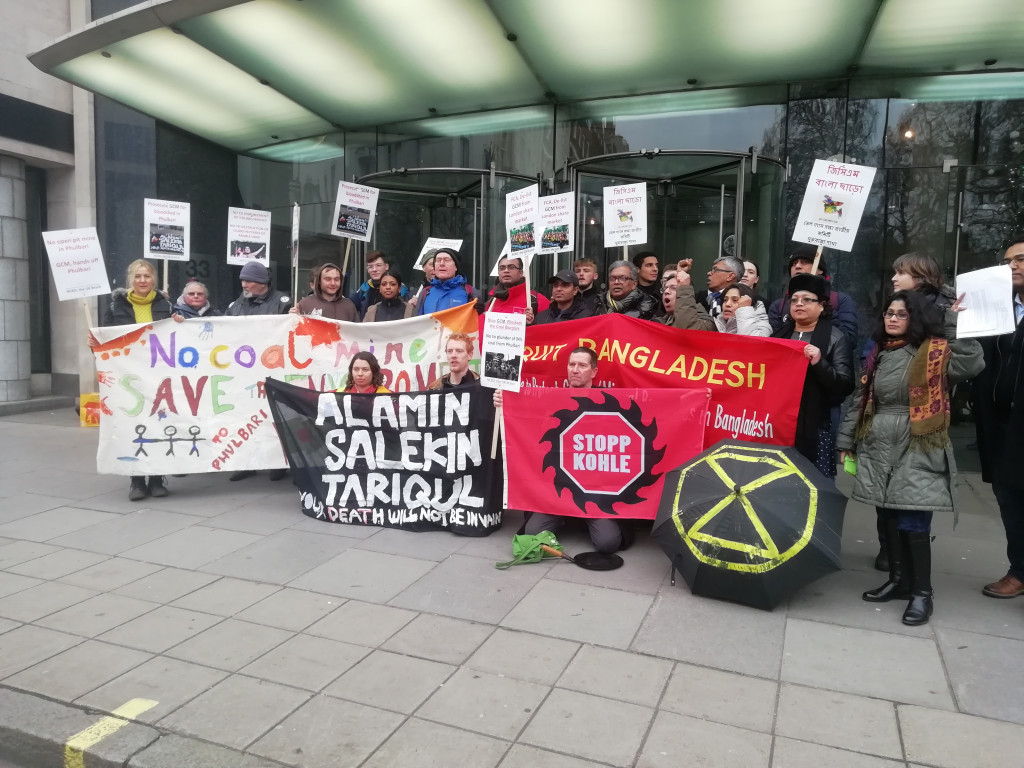