Home
/
Companies
/
Eco-defence & international solidarity: #4 the fight against the Adani coal mine

The fourth in our 5-part series shining a light on major struggles against destructive mega-projects happening in different parts of the world, each involving companies with links to the UK.

Indian conglomerate Adani have been trying to build a highly-controversial coal mine in Carmichael, Queensland (northeastern Australia) since first seeking approval for the project in 2010. Construction on the mine finally began in 2020. The project also includes the development of a 200km railroad to Adani’s export terminal on the coast.

If completed, it will cause major damage to the land of the Aboriginal Wangan and Jagalingou, and Juru, Jaanga and Birri peoples. It would also consume precious water in the dry region, lead to significant coal shipping through the Great Barrier Reef, and add 4.6 billion tonnes of carbon emissions to the atmosphere. Through the construction of a railroad to Adani’s export terminal, the project may pave way for at least eight more mines in the Galilee Basin area, which until now has been one of the world’s largest untouched coal reserves. 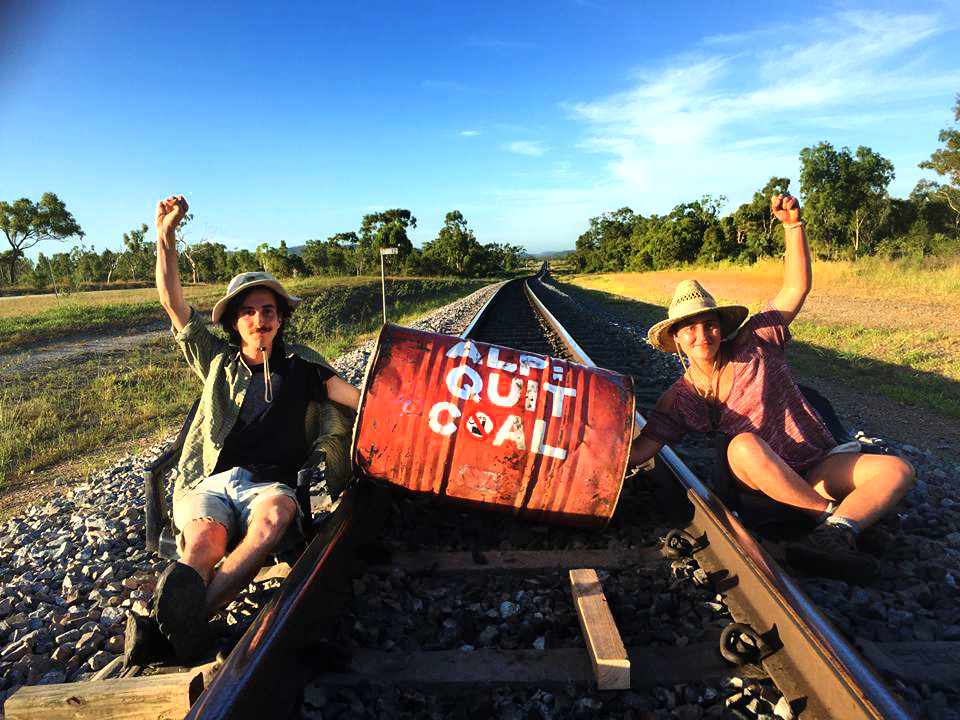 Image from Frontline Action on Coal

The plans have met stiff resistance in a country which last year saw record-breaking temperatures, drought, and deadly bushfires that resulted in the destruction of nearly 30 million acres of land. Over 100 local groups nationwide have organised thousands of creative anti-Adani actions. Countless blockades and lock-ons have targeted Adani’s coal terminal, other train lines to the terminal, Adani’s railway line, access to the mine, equipment at the mine, contractors and more. Hundreds protested at British consulates in March to call on UK insurance firms Lloyds of London and Ark to abandon the project. May saw the ‘Tour de Carmichael’ bike ride, where participants visited Wangan and Jagalingou country to learn about their culture and see the destruction being done by the mineworks there.

The campaign has achieved many victories: 100 major companies have pledged not to work with Adani after sustained pressure. Adani’s stance has been aggressive in both tone and action, bankrupting one Wangan and Jagalingou elder following his unsuccessful legal challenge to the project. The Queensland government then simply extinguished the Wangan and Jagalingou’s native title over 1,385 hectares of their land and gave Adani exclusive possession of that area. Adani has also taken out a massive lawsuit against another opponent who the company is blaming for contractors’ withdrawal from the project.

Nevertheless, resistance to Adani’s mine continues and the project is reportedly now eight years behind schedule. 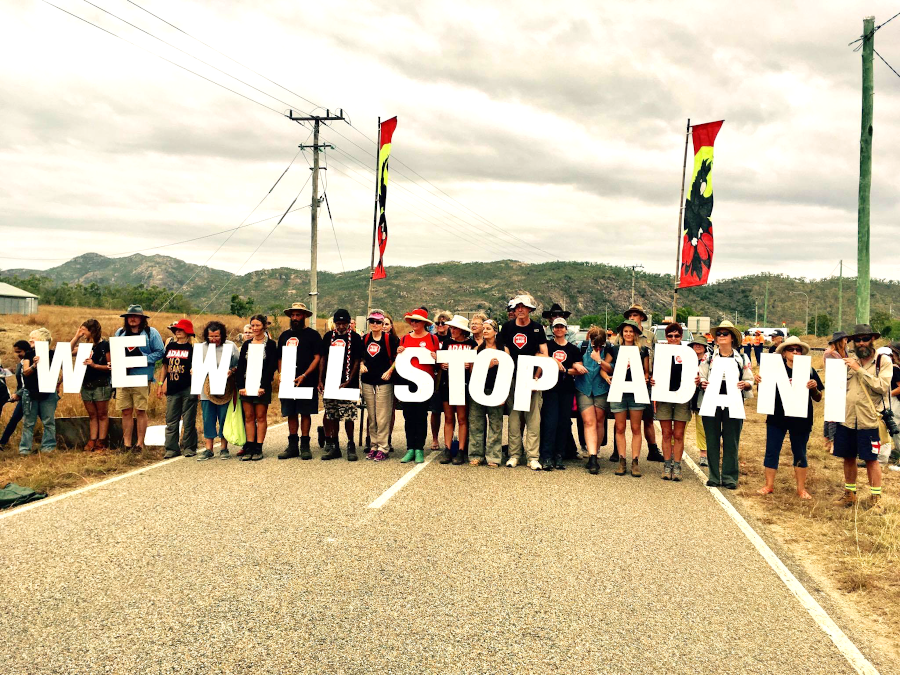 Image from Frontline Action on Coal

Insurance has been supplied via the Lloyds of London insurance market, with pressure mounting against London-based Ark, one of the last Lloyds insurers not to have released a statement denying involvement. A number of other insurance firms, including some British ones, refuse to deny involvement.

Adani’s biggest investors are BlackRock, HSBC, State Bank of India, JP Morgan, and MUFG (Mitsubishi UFJ Financial Group). Campaigners have recently turned their attention to the Bank of New York Mellon (BNYM) for its suspected financial support for Adani. See here for a list of investors who have pulled their money from Adani.

London-headquartered firm Ernst & Young are providing auditing services to Adani’s Australian operations. The mine’s building contractors appear to be mostly Australian, but other companies involved include Siemens Mobility, a Siemens subsidiary which is providing signalling equipment for the railway line. French outsourcing giant Sodexo has been providing hospitality and cleaning services for the railway construction camps. Meanwhile multinational engineering consultant BG&E has also been working on the line. Australian telecomms firm Telstra are believed to be providing communications services for the project. See here for a full list of companies who are suspected of being involved in the mine.

Meanwhile, the Science Museum in London has recently accepted sponsorship from Adani for its ‘green energy’ gallery.

Stop Adani, Frontline Action on Coal, Wangan and Jagalingou Family Council, Galilee Blockade and for more on the companies working with Adani, see Market Forces. See the Adani Files for more information on Adani’s legacy. In the UK, see the Coal Action Network. 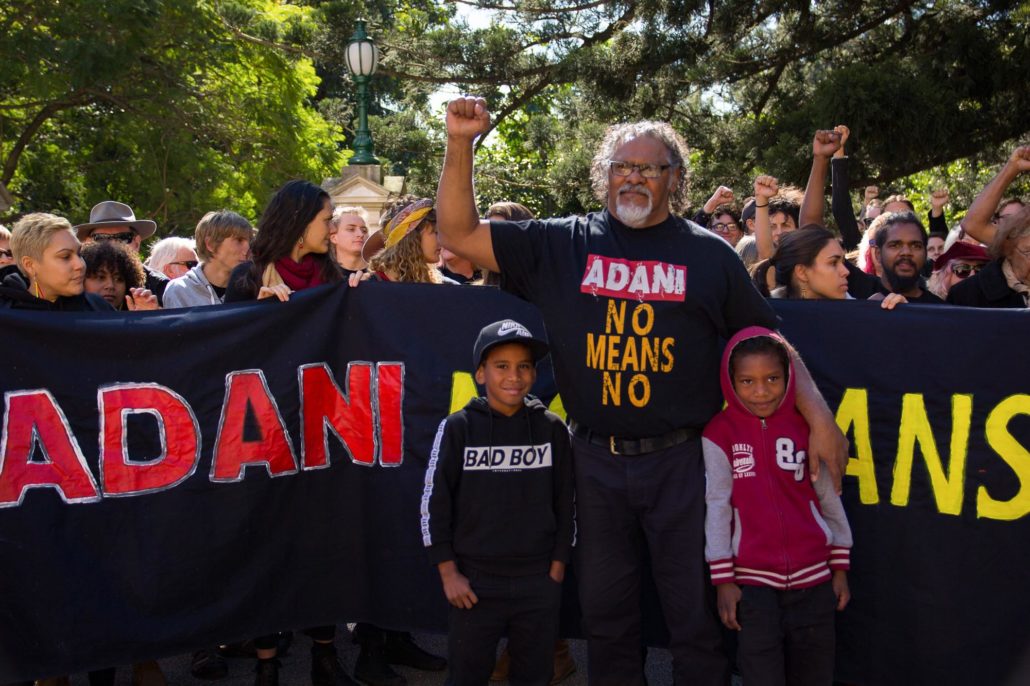 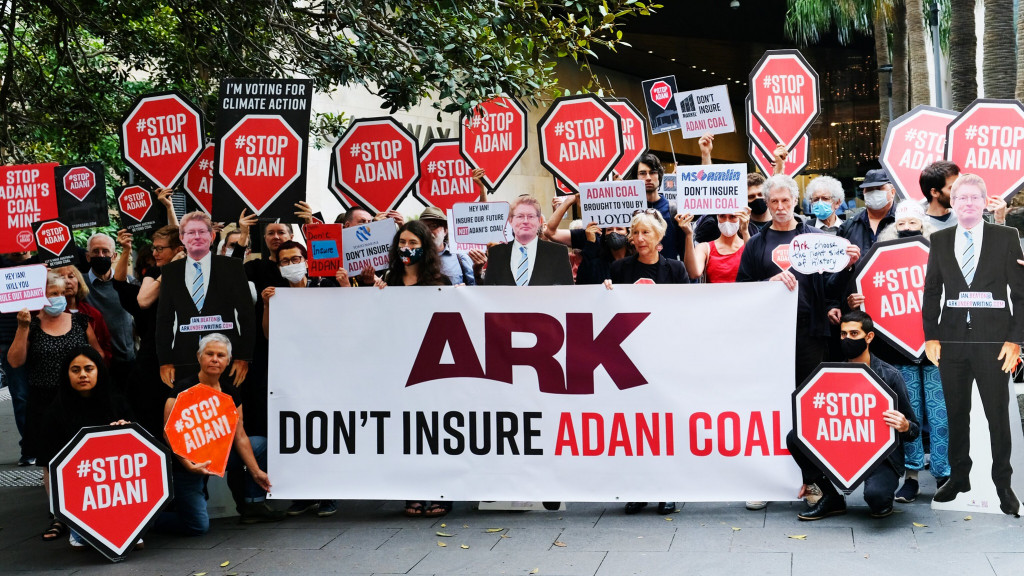 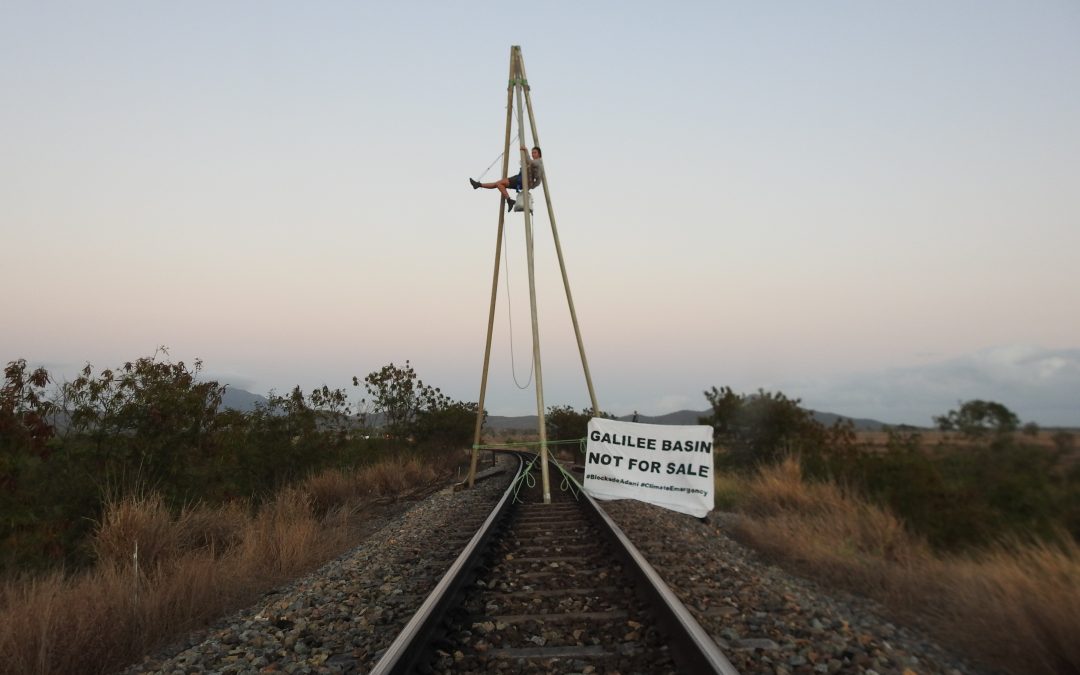