Image from the Tiny House Warriors

The final chapter in our 5-part series shining a light on major struggles against destructive mega-projects happening around the world, each involving companies with links to the UK. In focusing on campaigns involving these companies, we of course exclude many other important battles going on. For a more comprehensive list, see the Environmental Justice Atlas. If you would like would like Corporate Watch to carry out research in support of other eco-defence campaigns, feel free to get in touch.

#5 The campaign against the Trans Mountain Pipeline

In 2012, US company Kinder Morgan announced plans to construct a new oil pipeline to replace its existing Trans Mountain pipeline in Western Canada, and triple the capacity in the process. It would run parallel to the current line, pumping tar sands oil from Edmonton to Vancouver for export. Following massive opposition, the company suspended spending on the project in 2018. The Canadian government then stepped in, buying the pipeline for $4.5 billion and resuming the project.

The pipeline would cross the territories of over a dozen Indigenous communities, threatening the health of the rivers which people and wildlife depend on. At the port, it would lead to a nearly 700% increase in oil tanker activity in the habitat of endangered orcas. The existing, much lower capacity line has seen dozens of oil spills over the years, according to Trans Mountain itself, a risk that will increase if the new line is built. The other major threat is to the climate. According to some studies, Canadian tar sands oil is associated with 70% more greenhouse gas emissions on average than conventional oil. 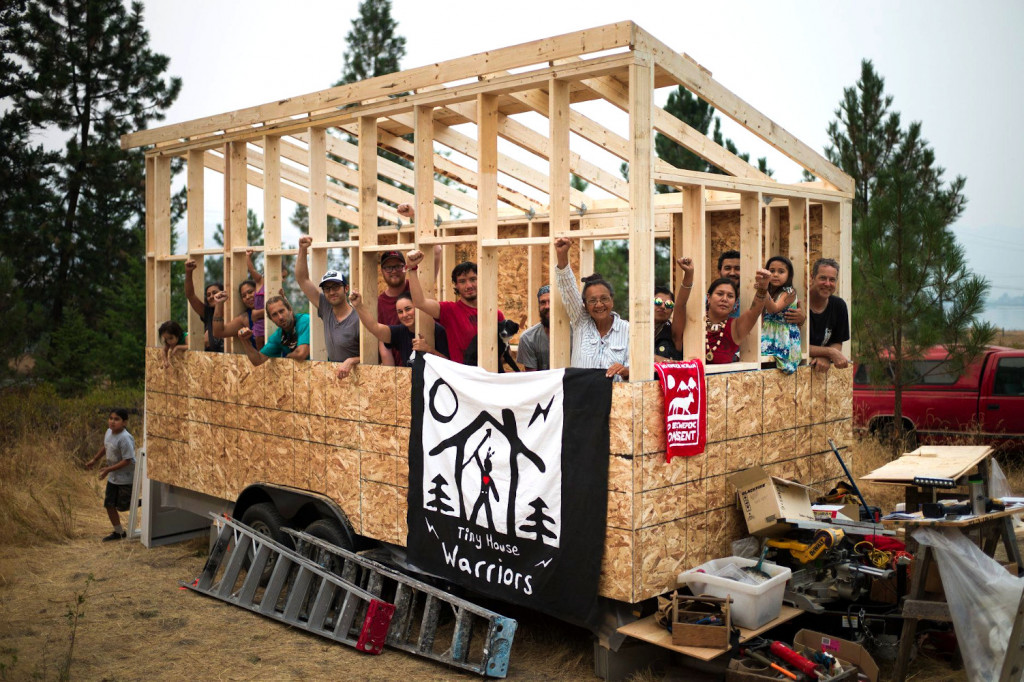 A tiny house in the making. Image from the Tiny House Warriors

Resistance has included mass demonstrations, direct action and camps. Many legal challenges have been mounted, largely by Indigenous groups. Since the project was first announced, hundreds of people have been arrested, Indigenous land defenders have been harassed and subjected to trumped-up charges, and Trans Mountain has obtained injunctions to prevent protest at its sites. One example of the creativity of the resistance is the Tiny House Warrior movement, which has been building tiny mobile houses along the route of the pipeline in unceded Secwépemc territory. The structures also serve to provide accommodation to Indigenous families.

Pipeline construction is underway, but like all the contentious developments in this series, the project is delayed and the price tag has gone up considerably. The costs of the publicly-financed project have mushroomed from an estimated $7.4 billion to at least $12.6 billion. Campaigners are now targeting insurance companies, knowing that the project cannot go ahead without them. At least 16 insurance firms have stated that they would not underwrite the project, though Canadian insurance regulators recently accepted a request by Trans Mountain to conceal information about who it works with. Wet’suwet’en Solidarity UK have held protests outside Lloyds of London for providing insurance services to the Trans Mountain pipeline. The pipeline suffered another blow in September when campaigners succeeded in getting Swiss insurance firm Chubb to declare that it wouldn’t work on the project.

Various oil companies, including BP and Total, have made 15 and 20 year commitments to ship the oil. Insurance has been provided by American International Group (AIG), Liberty Mutual, and other Lloyds of London insurers.

BP, Total, AIG, Lloyds of London, Liberty Special Markets (which is part of Liberty Mutual). Click on the links for further company details and addresses.

For more information & ways to support 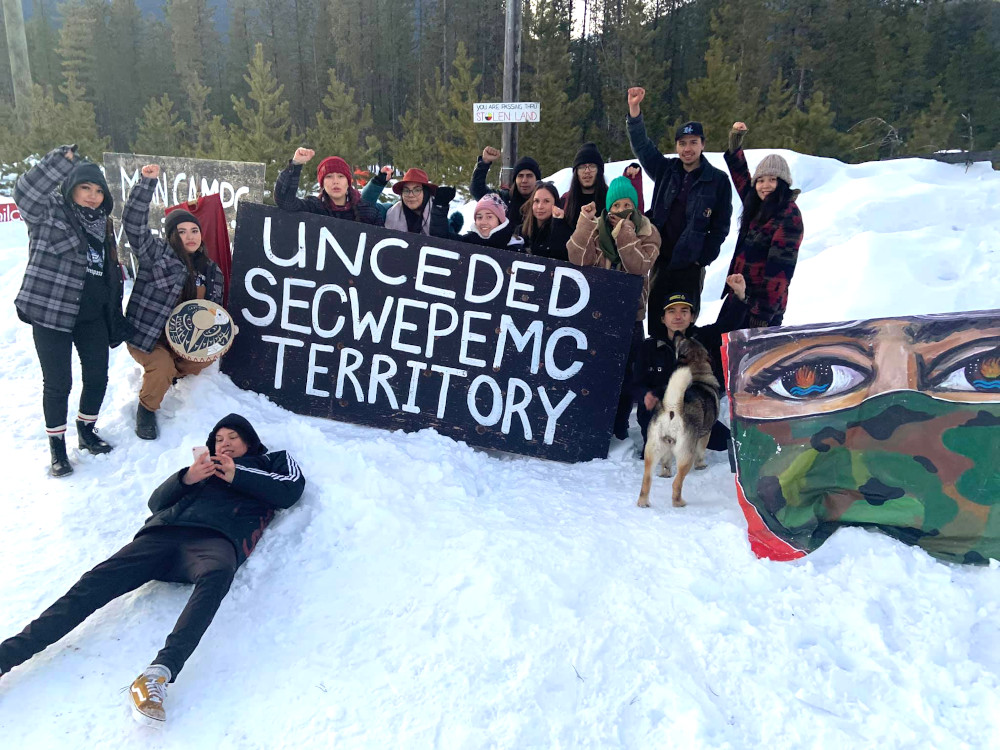 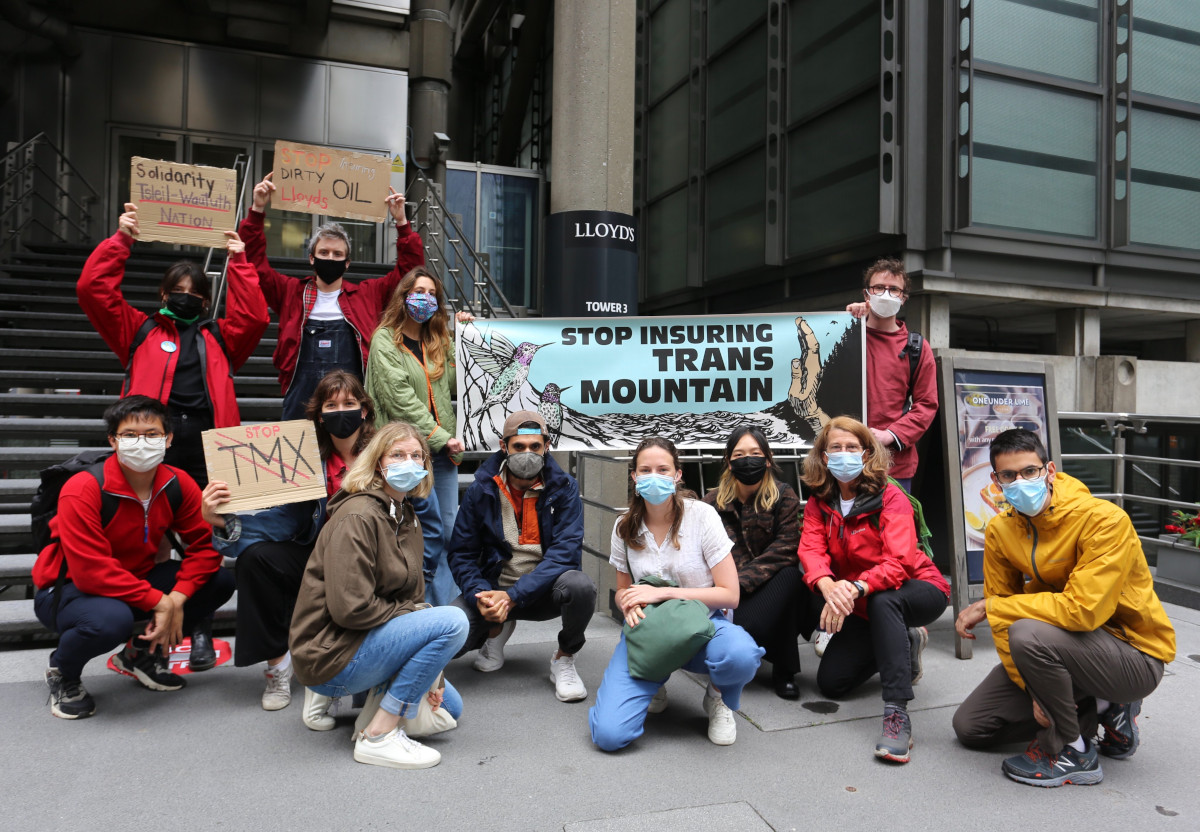 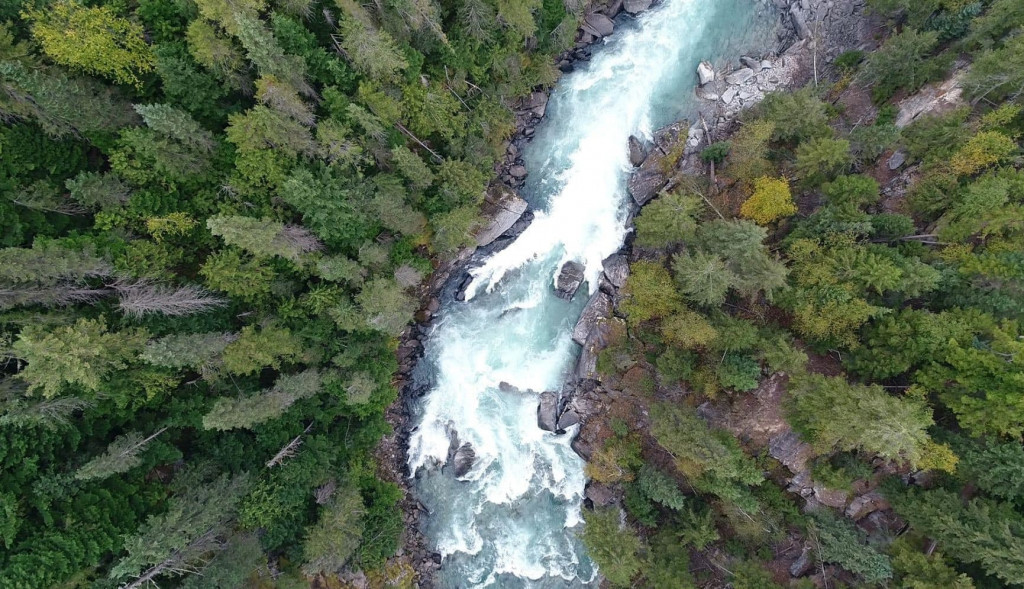