In this 5-part series, we shine a light on major struggles against destructive mega-projects happening right now in different parts of the world, each involving companies with links to the UK.

The British Empire was built on the back of genocide, slavery and natural resource exploitation in its colonies. Today, British companies continue to reap obscene profits from exploiting cheap labour and resources around the world. In fact, all of the ecological conflicts in this series are being fought in former British colonies, with resistance spearheaded by Indigenous people living under continued occupation.

London is a centre for global mining corporations, with many having offices in the city. It is also a major financial and services hub. And the destructive mega-projects in this list could not happen if it were not for the banks, insurance firms, auditors, law firms, and PR companies sustaining them. While the ‘front line’ might sometimes seem a long way away, we can make effective interventions right here in the UK. We can show solidarity with those resisting with all their passion, putting their bodies on the line, being arrested or sent to jail, and witnessing the repeated destruction of their ancestral lands.

All these developments – if completed – will have global implications, pumping out massive amounts of carbon into the atmosphere. Sustained calls to get banks and insurers to ditch the worst aspects of the fossil fuel industry are effective and growing, and are being used strategically in a number of the campaigns.

Concrete victories, such as the recent scrapping of the Keystone XL pipeline, show these fights can be won. Tenacity and solidarity can do it again.

Here we look at the first campaign in our series: the resistance against the Mountain Valley Pipeline. Check back over the coming days for more profiles of inspirational, hard-fought and ongoing battles against Wreckers of the Earth by communities on the frontline of resource extraction. 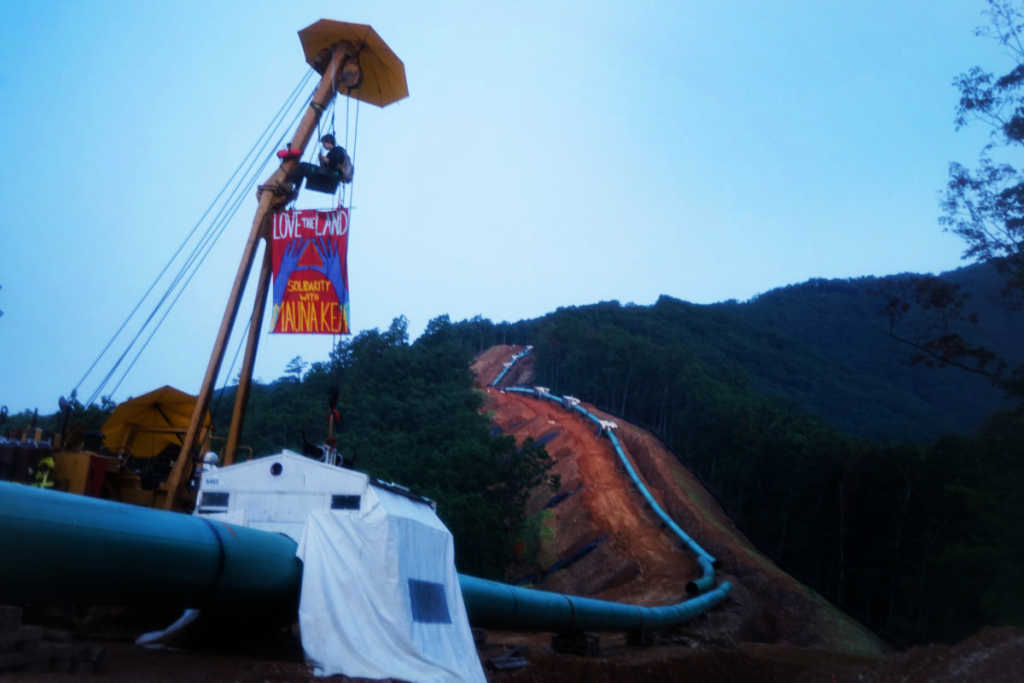 The Mountain Valley Pipeline (‘MVP’), is a project to build a 303-mile fracked gas pipeline, from West Virginia’s Marcellus shale fields, to Virginia for export.

Crossing Appalachia’s spectacular Blue Ridge mountains, the pipeline cuts through thousands of acres of woodland and other habitat for endangered species. The karstic landscape is highly susceptible to sinkholes and landslides. Since construction began in 2018, over 300 water quality violations have been recorded, with Mountain Valley Watch volunteers taking much of the responsibility for documenting the environmental impact of the project. According to one Indigenous land defender, construction has already “wreaked havoc on riparian ecosystems”, with dredging work causing fish die-offs in local rivers.

A particularly controversial aspect of the project is its anticipated impact on the climate: the pipeline’s total greenhouse gas emissions (excluding the damage caused by its construction), would amount to 90 million tonnes a year. That’s equivalent to the annual emissions of almost 23 US coal-fired power plants.

There are also proposals to expand the project with a 75-mile tacked-on North Carolina leg known as the Southgate Extension, although this project is currently being hindered by regulatory hurdles. The extension would cross the lands of the Occaneechi, the Monacan, and other Indigenous peoples.

A powerful, diverse and multi-generational resistance has been fighting the pipeline for years, both through the usual bureaucratic channels and via a continuous stream of direct action. Here we can only paint a fraction of the picture of this sustained and impassioned struggle. Actions include locking-on to construction machinery and a company helicopter; occupying a section of the pipeline; blockades using old cars and a large wooden duck; and tree sits. Over 100 people recently invaded one pipeline construction site and locked-on to machinery, stopping work for the day. The tree sits have been particularly effective, with one person up a ‘monopod’ (a single pole attached to trees) for nearly two months until the authorities starved them out. Also breaking records was the 932-day Yellow Finch tree sit blockade, described as being among the longest blockades of their kind in US history. In total, there have been at least 40 actions, resulting in dozens of arrests (and numerous prison sentences), at least 1039 days of pipeline work stopped, considerable policing costs, and major project delays.

The MVP is way behind schedule and billions of dollars over budget, the complex landscape and resistance raising the price tag further still. Project costs have ballooned from an initial $3.5 billion to a projected $6.2 billion. While many areas have now been built, land defenders point out that the hardest tasks have yet to come: constructing across over 1,000 waterways and laying the pipe over extremely steep terrain.

A much-contested project nearby known as the Atlantic Coast Pipeline (ACP) was cancelled last year amid concerns about delays and cost uncertainty. Land defenders hope Mountain Valley Pipeline will take heed and go the same way.

The pipeline will be constructed and owned by Mountain Valley Pipeline LLC, a joint venture of EQM Midstream Partners, NextEra Capital Holdings; Con Edison Transmission; WGL Midstream; and RGC Midstream. EQM Midstream Partners are the ‘driving force’, with an expected 48% ownership interest in MVP, and will operate the pipeline. The work is being done by US engineering firm, Precision Pipeline, which was involved in building the Dakota Access Pipeline (‘DAPL’), among others.

The following banks are among EQM’s biggest funders, each having provided hundreds of millions of dollars’ worth of loans to the company. In order of loan value: JPMorgan Chase, Bank of America / Merrill Lynch, Toronto Dominion, MUFG, Deutsche Bank, Scotiabank, Citigroup, Barclays, Credit Suisse (a few US banks without a strong UK presence have been excluded from this list).

All of the listed banks – click on the links above for further details and UK locations. 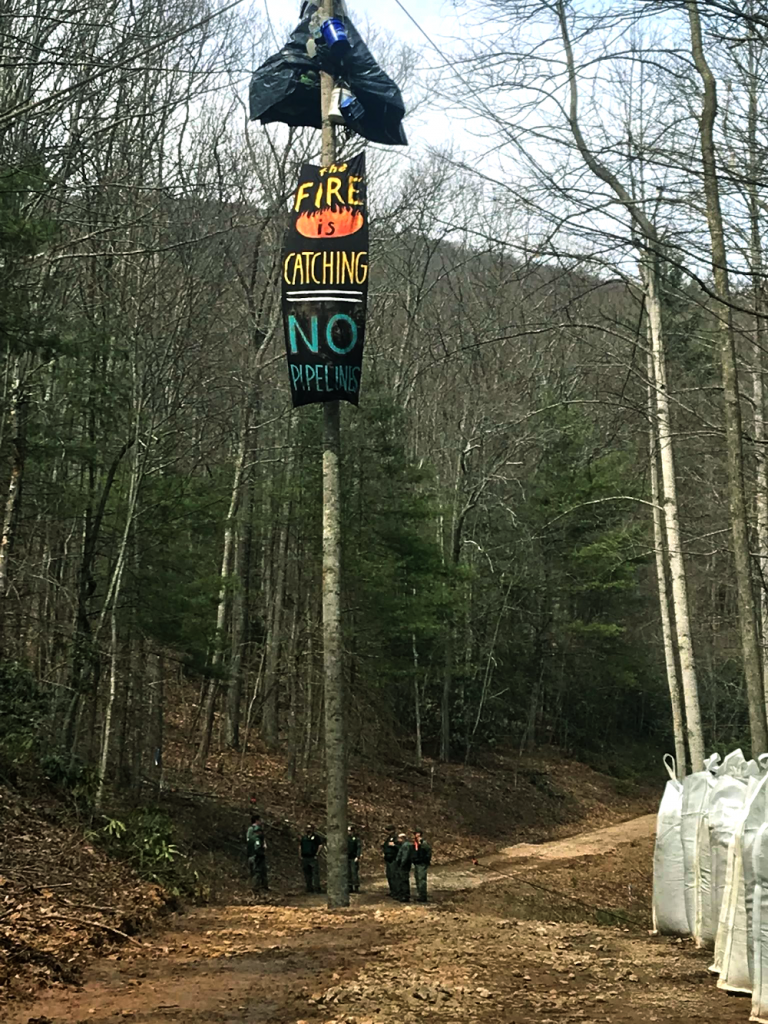 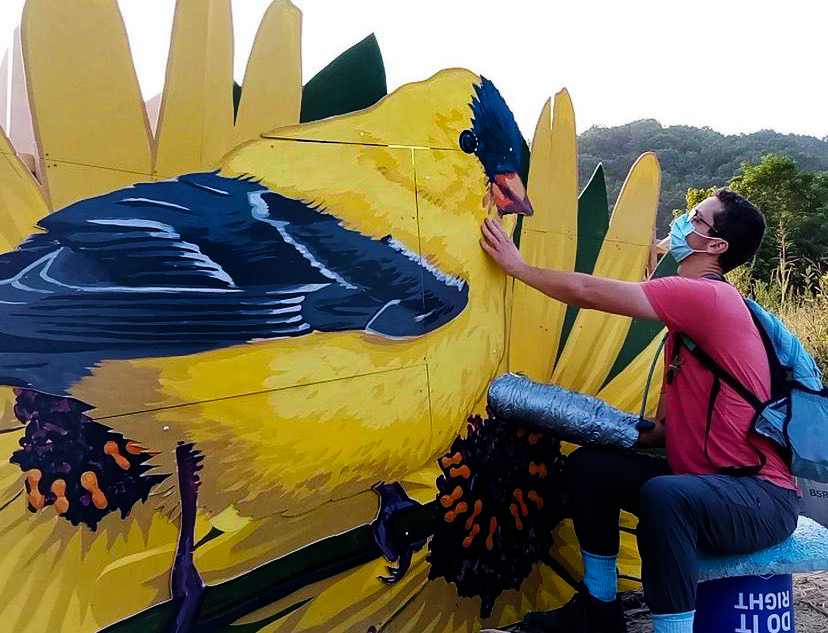 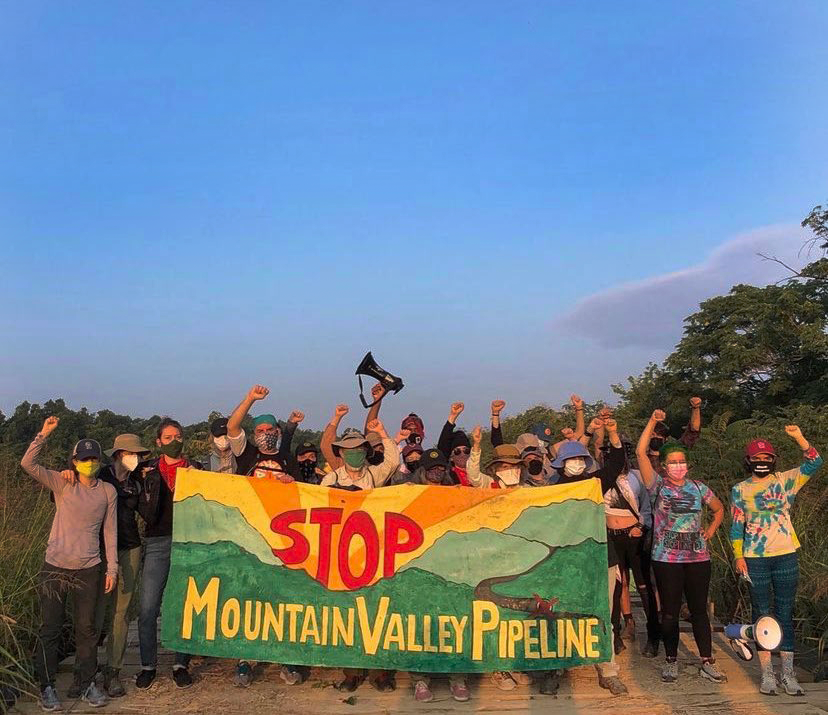 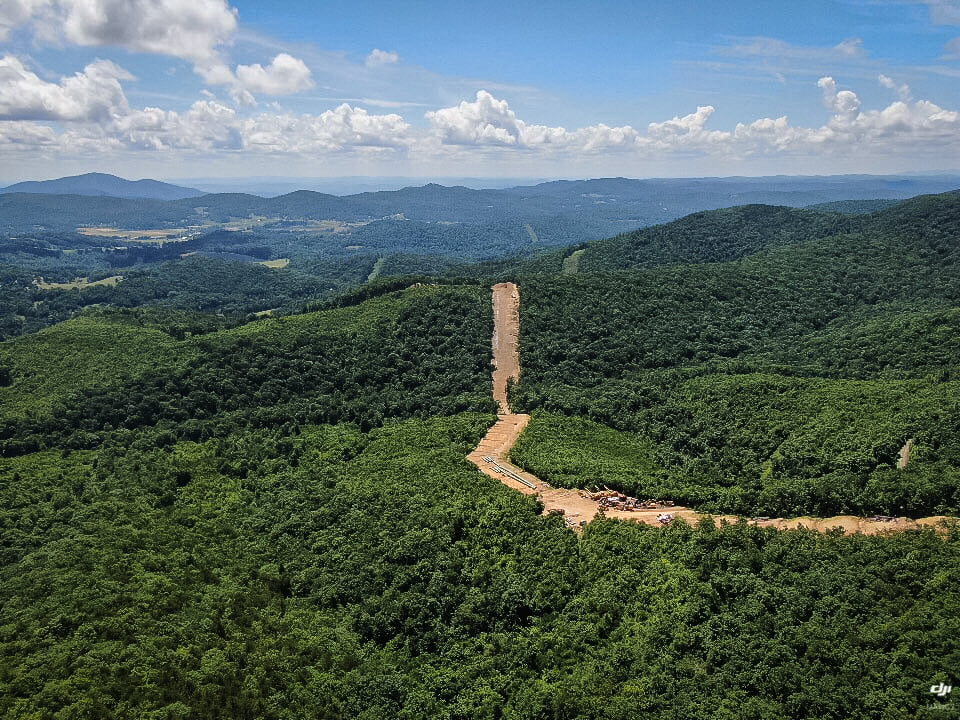 Image via Appalachians Against Pipelines