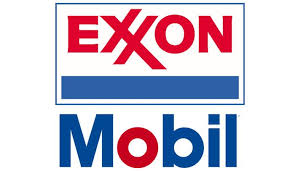 John Craig Venter, the controversial American geneticist, and his team at the J. Craig Venter Institute (JCVI) have recently completed their 15-year project to make the first ‘synthetic cells’. This could be the first step towards the creation of living things with capacities and characteristics that could not have evolved naturally. Venter said: “It’s the first self-replicating cell on the planet that’s parent is a computer.” Debate over the morality of Venter’s attempts to ‘play God’ have been sparked by the development, but behind the scenes is a story of corporate power and destructive ‘solutions’ to climate change.

The cells were created by first making a synthetic genome and then transferring it into the shell of another bacterium that had had its DNA removed. This led to the transplanted genome taking over its biological machinery. They chose a simple microbe, M mycoides, in order to prove that the technology can work.

Apparently this new technology has no immediate application, however the company funding the research, Synthetic Genomics Inc. (SGI), has a $600 million deal with Exxon Mobil to make synthetic algae that can produce agrofuels. With this Exxon Mobil Research and Engineering (EMRE) group money, SGI funded Venter’s work in exchange for the exclusive assignment of intellectual property rights. SGI has already filed 13 patent application families on the unique synthetic genomics inventions of the JCVI team. Venter is also collaborating with Novartis to create vaccines. The pharmaceutical giant Novartis is involved in animal experimentation and has recently been fined $295 million by a US court for discriminating against its female employees.

The agrofuels industry stands to gain from these latest developments in synthetic biology, as there is a global race to commercialise algae agrofuels. The agrofuels industry is rapidly becoming an integral part of the oil industry, who are attempting to secure their position and profits within an oil-constrained future. Producing synthetic crude oil from algae could eventually lead to oil companies growing their own oil, the so-called ‘green crude’. Chevron partnered with algae-fuel start-up Solazyme in California in 2008, while former executives from BP started Sapphire Energy, another California-based biofuels company working with algae.

Venter claimed that it was not possible to find a suitable natural algae to make ‘the fuels we want on the scales we need’, which begs the question about what the main purpose of creating a synthetic cell actually is. Who will benefit from synthetic biology? As with other ‘new’ technologies, such as nanotechnology, the main officially discussed risks are always along the lines of ‘what if some bio-terrorists get hold of this and do something evil?’ However, this diverts our attention away from asking the most important questions.

The Rainforest Action Network (RAN) report ‘Analysis of Industrial Biofuels’ explains that second-generation agrofuels are being developed in response to criticisms of first-generation agrofuels, which require large amounts of land, causing displacement and deforestation, and which lead to a rise on food prices. Second-generation agrofuels include the use of genetically modified plants, jatropha and algae. The agrofuels boom is being driven by three industries with histories of social and environmental abuses: large agribusiness conglomerates, the biotechnology industry and the oil industry. This combination has started to be called the ‘agroenergy lobby’. It has formed a strategy to combat scientific findings that cast doubt on the carbon-saving benefits, and raise concern over the social impacts, of agrofuels. The RAN suggest a precautionary approach should be used regarding second-generation agrofuels to avoid similar problems to those over palm oil biodiesel.

The Action Group on Erosion, Technology and Concentration (Etc Group) works on the sustainable advancement of cultural and ecological diversity by disseminating analysis of the socioeconomic ramifications of new technologies. They predicted the existence of ‘synthetic life’ three years ago and are now calling for a global moratorium on synthetic biology, which they call a form of ‘extreme genetic engineering’. The moratorium is being called for because there is no proper international oversight of these new, high-risk technologies, whilst their control by the likes of BP and Exxon is likely to spell disaster.

For more information on the money and corporations behind ‘synthetic life’, see: