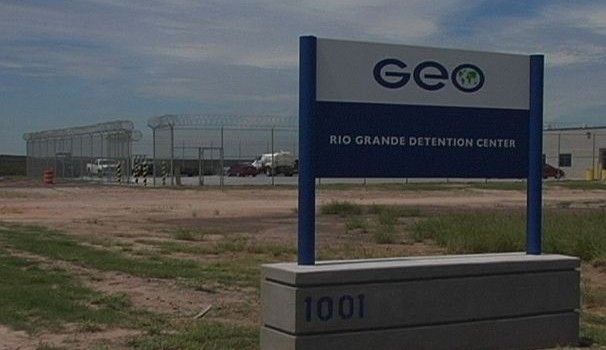 GEO is the second largest US private prisons company. It boasted of locking up 265,000 people in 2017.

The large majority of its business is in the US. 64% of revenue in 2017 came from US prisons and immigration detention centres (the “Correction and Detention” division), 22% from “GEO Care” which includes contracts on the outside such as electronic tagging and bail accommodation, and 5% from construction. US clients include many state authorities as well as federal government agencies. Its number one client is the US Immigration authority ICE, which provides 19% of business.

It boasts 75,365 “correctional and detention beds” in the US. This is more than the entire prison population of any western European country except the UK. Although it’s only around 3% of the US total.

GEO is the second largest US prison corporation after CoreCivic (formerly Corrections Corporation of America), which locks up over 90,000 people.

The other 9% of revenue was international – the bulk of that (7%) from Australia. This included the major 1,300 bed Ravenhall Prison scheme, a $700 million dollar “Public Private Partnership” (PPP) project which GEO forecasts will bring in “approximately $75 million in annualized revenues under a 25-year management contract.”

GEO makes significant charitable and political donations. A notorious attempt to sponsor and name Florida Atlantic University’s football stadium in 2013 was defeated by a local campaign. Recently, it has been in the news for donating to Trump, who as president has now reversed previous federal attempts to move away from the private prison industry.

Labour costs are around half of revenue: 51% in 2017. Other main costs include “food, utilities and inmate medical expenses”, bring operating costs up to 75%.

GEO pays very low corporation tax of just 8-9%. This is because in 2013 the company restructured as a “Real Estate Investment Trust” (REIT). This is an effective tax loophole which allows it to make big tax savings on the parts of its income which can be classed as involving “real estate” investment – e.g., where it builds and owns a prison, rather than just managing it.

GEO began as Wackenhut Corrections Corporation (WCC), a prison management subsidiary set up in 1984 by Wackenhut, one of the US’ largest security firms with a background in surveillance and private espionage operations. It made its first forays into Australia and the UK in 1992, and South Africa in 1999. In 2002, Wackenhut was bought up by G4S. In 2003, WCC’s boss George Zoley led a buy-out of the prisons company from G4S, and it became an independent corporation under the new name GEO. The GEO Group UK subsidiary was set up in 2004. In 2013, GEO restructured itself as a “Real Estate Investment Trust” (REIT), which allows it to avoid a large amount of corporate tax. 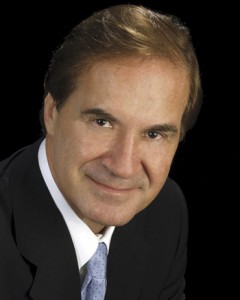 The big boss, chairman and CEO, is George C. Zoley. It has been alleged that he moonlights as the frontman of a dad rock band.  There is a board of six including two black men and two women. Anne Foreman, is a former Under Secretary of the US Air Force. Clarence Anthony is a former Florida mayor and busy political networker, executive director of the “National League of Cities”.

GEO in the UK

GEO’s UK subsidiary goes by the name of The GEO Group UK Ltd. It currently has just one contract: running Dungavel detention centre near Glasgow. It also oversees the 50% joint venture GEO Amey, which has prisoner transport contracts in England and Wales. This is a separate business, but funded through GEO Group UK which supports it with loans.

Like other detention contractors, the UK subsidiary makes big money from Dungavel. However, it does not make a profit in most years, and does not pay tax in the UK. It is heavily in debt to the US parent company, and pays interest back to GEO group rather than dividends.

(2013) Death of Alois Dvorzak in Harmondsworth: the 84 year old Canadian man dies after being taken to hospital in handcuffs.

(2012) Death of Prince Ofosu in Harmondsworth: the Nigerian man dies after, according to other detainees, he was beaten, stripped, and abandoned in an unheated punishment cell by GEO guards.

In the US, GEO has a long and bleak record. Here are just a small sample mainly taken from a much bigger (though not up to date) list compiled by Sourcewatch:

(2017) Trump donation. A GEO subsidiary donated $225,000 to a pro-Trump “political action committee” (a US campaign donation structure). After coming to power, Trump and Attorney General Jeff Sessions reversed a previous Justice Department decision to phase out its federal private prison contracts. Zoley and GEO are long-time Republican donors – see the Sourcewatch report for discussion of their pro-prison lobbying.

(2017) Mississippi Attorney General files lawsuit against GEO and other prison contractors for “a pattern of bribery, kickbacks, misrepresentations, fraud, concealment, money laundering and other wrongful conduct.”

(2012) Walnut Grove. GEO loses three Mississippi prison contracts after exposure of horrific “violence and corruption” at this youth prison, described by a federal judge as a “cesspool of unconstitutional and inhuman acts and conditions”.

(2008) Death of Jesus Manuel Galindo. From an epileptic seizure in solitary confinement in Reeves County immigration detention centre. The death led to a rebellion by detainees who complained of “inedible food, a dearth of legal resources, the use of solitary confinement to punish people who complained about their medical treatment, overcrowding and, above all, poor health care.”

(2001) Death of Gregorio de la Rosa. Killed by other inmates at the end of a six month sentence for possessing ¼ of a gramme of cocaine, GEO guards mocked the murder then covered up evidence. GEO paid damages of over $40 million to the family.

NB: unless other sources are stated, information comes from the company’s annual reports and accounts. Latest group information can be found here on its website. The accounts of UK subsidiary The GEO Group UK Ltd can be found on the Companies House website.