Over the coming months Corporate Watch will be releasing a series of articles about the companies supplying military equipment to the Turkish police and army. On the second anniversary of the day they were injured, this interview tells the story of two of the people who participated in the 2013 Gezi uprising and gives their opinions about the need for action against companies complicit in Turkey’s attacks on protesters.

Aydın Aydoğan and Erdal Sarıkaya were badly injured in the Gezi Park protests in Istanbul, Turkey, on 11 June 2013. We met them, along with Celal Karaca, who translated for us, in an Alevi prayer hall in the city. It was the second anniversary of the death of Mehmet Ayvalitas, who died during the protests. People had visited his and his mother’s graves, and then gathered together in the prayer hall for the traditional Alevi commemoration of the day he died. 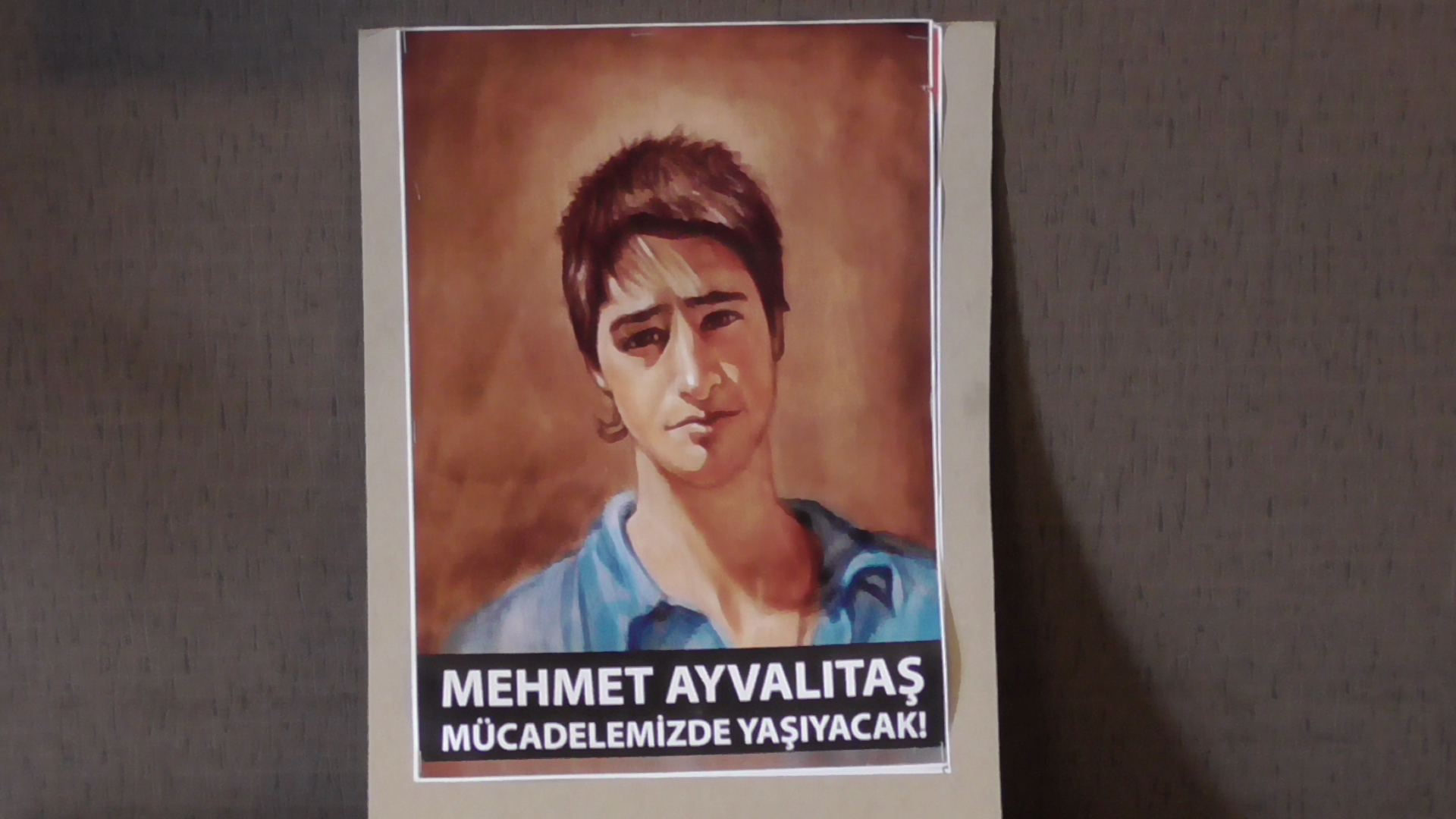 The Gezi uprising began on 28 May 2013 in protest at the gentrification plans for Istanbul’s Gezi Park in Taksim. The movement soon spread across Turkey and involved millions of people, struggling against the Justice and Development Party (AKP) government and for more political freedom. Turkey’s militarised police force responded with extreme violence, using tear gas, water cannons and firing on protesters. By the end of the protests at least 11 people had been killed and over 8000 injured. 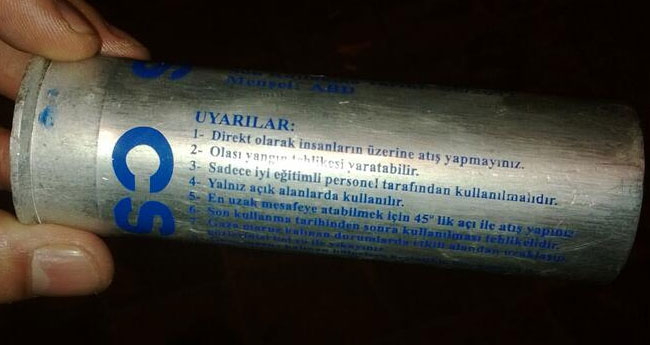 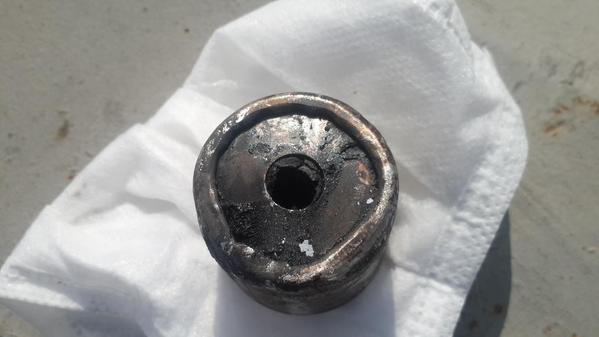 Corporate Watch: Can you tell us what happened on the 11 June and why you were protesting?

Aydın: Everyone had different reasons for going to Gezi. I wanted to protest everything that the AK Party had done in the last ten years. 14 other people were injured on 11 June.

I was shot in the leg by a tear gas canister [Aydın showed us his scar on his leg]. I was in Taksim Square and I was running to Gezi. When I was on the steps of the park I was shot in the leg. The police were trying to push people out of Taksim Square. This is why they were using tear gas bullets. The police came from the Tarlabaşı side, shooting tear gas and wearing gas masks. There was a line of police with shields. Police were firing tear gas over the shields directly at the protesters, and then the line was advancing. Some people picked up the tear gas canisters and threw them back at the police, or kicked them away. The police were pointing at the protesters and saying “I will catch you.”

Celal: On demonstrations it is common for police to point at people say, “If I catch you I will do such and such”.

Aydın: After I was shot I went into the park. The first aid people cleaned me up. They said I needed to go to hospital immediately. But there was no chance to get ambulances into the square. Six of us who were injured were taken by minivan near to Dolmabahçe Palace and then taken by ambulance to Taksim hospital.

The doctors said that the injury wasn’t a big deal. They didn’t have time to look at it properly because there were so many others hurt. I went home, but at night my leg started to turn black. I went to hospital again and they put plasters on, and one month later they told me that I needed an operation. I haven’t had the operation yet because my child was born.

CW: Did you see the police firing tear gas up into the air instead of at the crowd?

Celal: Out of hundreds of marches that I have been on, I have only seen the police fire tear gas into the air one or two times. And that is usually when the media is watching. The guns they use are guns that you prop up against your shoulder, break, and put a canister in.

CW: Can you tell us about your injuries?

Aydın:  My tendons were broken. I need to have an operation and the doctors have told me that my leg will be 2-3cm shorter after the operation. I have also started to have problems with asthma which the doctor has saıd is lınked to the tear gas. I will use pumps for two more years but maybe I will need them for life. The doctors are only giving me the asthma pumps for two years and they would usually give them to someone for five years.

Celal: The doctors are scared that they will be seen as helping Gezi protesters.

Aydın: I had a scan and it showed that I had edema. I could only walk on tiptoes.

CW: Did you have to pay for the hospital visits?

Aydın: The first time I had to pay from my pocket because I didn’t have medical insurance. But now I have insurance with my job at Beşiktaş municipality. 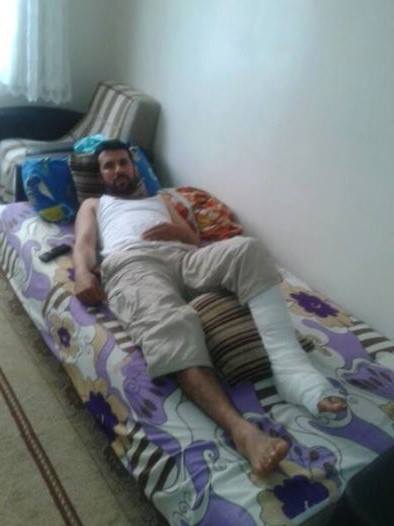 Photo Caption: Aydın in hospital after his injury, photo provided to Corporate Watch by Aydın Aydoğan

CW: We know that you have taken a court case against the police. Can you tell us about it?

Aydın: I went to the public prosecutor and he didn’t believe me. There is a forensic medicine department which is part of the court. They checked my leg. After that, the case was opened.

CW: Do you have to pay for court cases?

Aydın: I called the CHP (Cumhuriyet Halk Partisi, or Republican People’s Party) and they paid. The CHP paid 7000 lira [£1,700] to a compensation court to begin a claim. It will be my first case. The CHP has paid for most of the cases for injured people.

CW: So you have two court cases?

Aydin: One court case was opened against the police but this one has not started because the public prosecutor, Mehmet Salim Kiraz, was killed. He was doing the case.

CW: Are you hopeful about the court cases?

Aydın: We have really important things to show the court. Definitely something will happen. Sometime the case against the police will open and I am hopeful.

CW: Erdal, can you tell us why you were protesting at Gezi and what happened to you?

Erdal: I have children. I want them to live in a country with freedom. I didn’t want my children to ask me in years to come, “Where were you? Why weren’t you protesting?” In the government constitution, anyone who wants to join a protest can do so.

It was in the early hours of  12 June at 12.30am. On the Gezi Harbiye side the protesters had built a barricade by protesters. People were trying to make this barricade bigger. I got shot from 10-15 metres away with a plastic bullet in my right eye. First of all we thought I had been shot by a tear gas bullet.  At Divan hotel there was a first aid point of medical students and doctors. They checked my eye and told me, “Sorry – there is no chance.” We knew that it wasn’t a tear gas bullet because there were no broken bones.

At 11.30am on 12 June I had my first operation in hospital. But they didn’t pull my eye out. One month later on 19 July I went to hospital again. The pressure on my eyes was getting really high. The doctors said that I may lose my other eye too, so they pulled out the right eye.

I went to a private company and they put in a silicon eye. I will probably have another operation becaues the tear ducts don’t work well. Even though my eye is silicon, it needs tears because it becomes really dry in the sun. And when it moves it would hurt without tears.

CW: Do you have any court cases?

Erdal: I have one case against the government ministry and the police and another compensation case. I don’t have dates for either yet. The CHP have paid for everything.

CW: Do you have hope that you will be successful in these cases?

Erdal: Hope is like a nut tree: it grows and grows and one day you will get nuts.

CW: How has your injury affected your daily life?

Erdal: I have a card which says that I am 45% disabled. This is not enough. I was working for a private security company before. I can not do that work now. The CHP in Bakırköy municipality gave me a job. The government doesn’t look after us. They would only give me money if I am 80-90% disabled. All I get is free public transport.

I have to use three different eye drops every single day until I die.

CW: Erdal and Aydin, do you think that the companies that manufacture tear gas and crowd control equipment share the responsibility for the injuries and deaths?

Aydın: I can’t believe that governments let these companies and factories continue in their countries. They don’t put humanity first. Even the animals around Gezi Park were killed by tear gas. It’s hard to believe that they’re allowed to manufacture it. I’m against  manufacturing anything that harms human beings. It is a crime against humanity. For sure there must be demonstrations against these manufacturers. People should take action against these companies and they will definitely stop manufacturing these weapons.

Erdal: All of the governments in the world should come together to sign a declaration against tear gas. It is a chemical weapon, like poison gas. The police are the murderers and the companies are inciting them. Everyone who has a connection with these companies is an inciter for the murderers.

One of the most important things is international solidarity because we are not the only ones who get hurt by these weapons.  There must be cooperation around the world. We need to get together and sort out these problems. It must happen as soon as possible.

CW: Erdal, Aydın and Celal, do you think the Gezi movement is over?

Erdal: Gezi will never finish. It will continue. If there is pressure by the government there will be people protesting. There will be lots of protests like Gezi and I will carry on being at the front.

Celal: If we want to carry on we need to understand what Gezi is. Gezi was about trees, but was also about much more. It was like lighting a fire. We were 8 million people. Now we are just a couple of hundred people who carry on the protests and continue the court cases. The day that people break down their walls it will grow again. Gezi will never die.

In every country dictators have ruled. But even Caesar died.  None of the dictators carry on. Turkey will be a better country. But we don’t care about Turkey: only about humans. We have a saying that if everyone cleaned the front of their house then the city would be clean. So if we manage to clean our country then we will help to clean our world. I hope to God that we will never hurt anyone to make this world more peaceful. If someone gets injured it won’t be peace. We have to have a revolution without hurting anyone. Only justice. We believe that love will save the world.