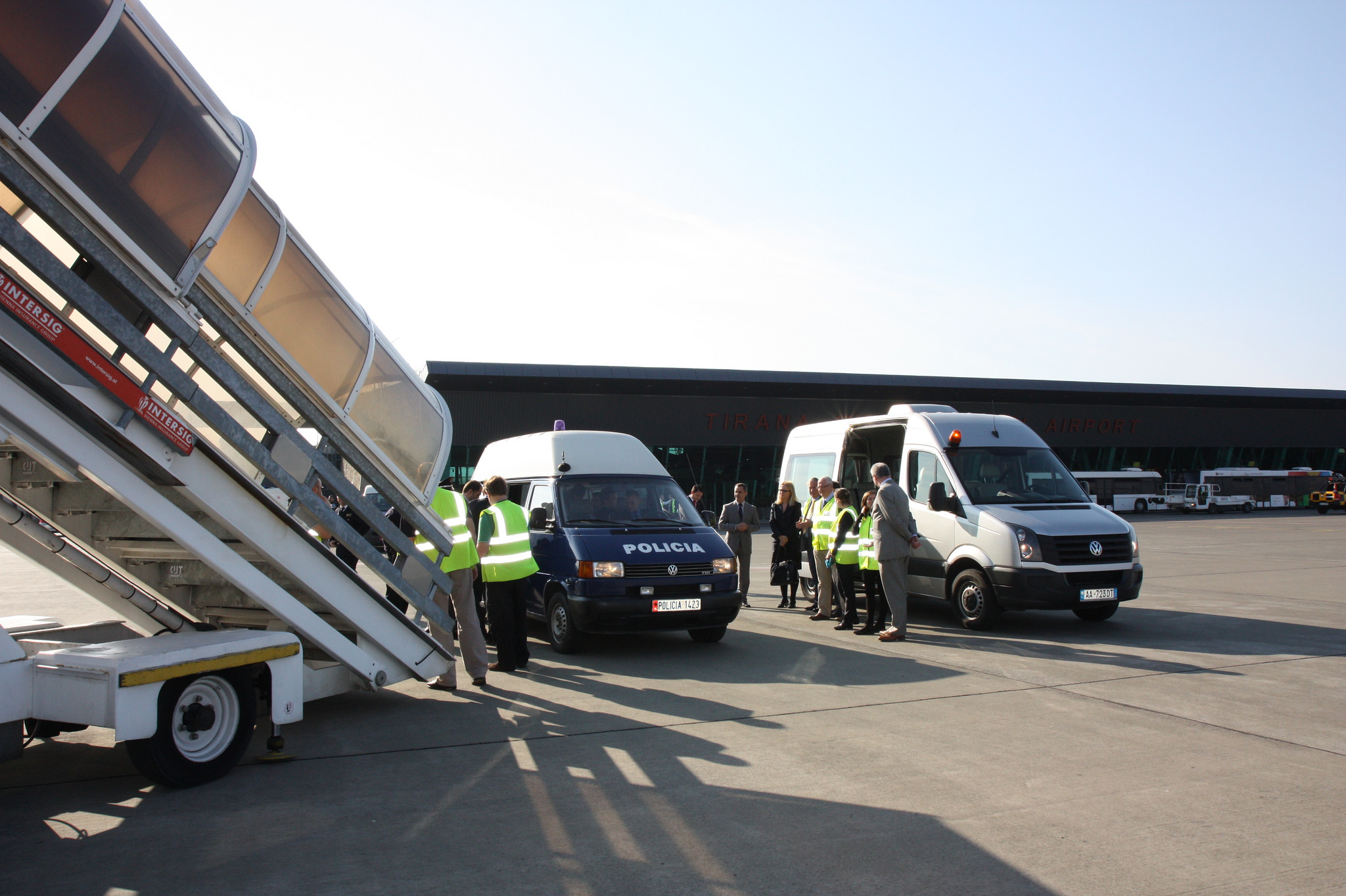 Security guards from Capita-subsidiary Tascor were “expected to lie” to people about being deported, raising the risk of self-harm, a new report by the Prison Inspector Nick Hardwick reveals.

Guards were also “asleep for significant periods“ on a deportation flight to Albania, with staff claiming that their shift patterns “sometimes made it impossible to stay awake.” Hardwick said “these removals are a sad business”, but were “generally well organised and calm”, and that “for the most part escort staff interacted sensitively with detainees”.

Inspectors boarded two flights to Albania and Kosovo this summer, monitoring the deportations of refused asylum-seekers and other migrants from detention centres in the UK, which the Home Office calls ‘Operation Aardvark’. Private security staff are contracted in from Tascor, a Capita company, under a four-year government contract worth around £120m.

The report[i] found that Tascor guards told several detainees they were about to be deported, despite knowing they were actually ‘reserves’ who would only be put on the plane if there were last-minute cancellations: “A number of escort staff said that they were expected to lie to ‘reserve’ detainees, telling them that they would fly when this was not certain. Those managing the operations did not appear to understand the traumatic effect which the reserve system had on detainees.”

Hardwick said it was “simply unacceptable” for the Home Office to continue with this practice, which the Home Affairs Select Committee branded “inhumane” in 2012. At that time, the Home Secretary defended the practice, saying it was needed “to ensure value for money and maximise the use of the seats available on charter flights”. But she assured Parliament that “the UK Border Agency has initiated a process whereby detainees who are on the reserve list are notified in advance that they may not fly.”

However, the new report is clear that guards did not tell detainees they were reserves and that the risk of self-harm “was likely to have been exacerbated by the uncertainty of whether the detainee was going to be removed”. For the flight to Albania, “at least five reserves were taken to Stansted in case of any cancellations. They were not told at any stage that they were reserves and TASCOR staff were not allowed to tell them, which, they said, they found very difficult.” Detention centre staff had been concerned about two men “who were desperate to leave for Albania but were on the standby reserve list. Both had threatened to harm themselves if they were not taken.” Despite these concerns, the reserves “were waiting locked in a van when the other detainees had been taken into the terminal and became suspicious that they were not going to fly; one threatened to self-harm if he did not fly.”

Responding to the report, Capita told Corporate Watch that: “The Home Office is responsible for informing detainees that they are on a reserved list. Detainees are made aware of this fact before they are passed into the care of Tascor staff. Tascor is not involved in making decisions on reserved lists.”

Hardwick describes the deportations as “a sad business”, and the report briefly illustrates cases of self-harm among detainees who are either desperate to stay or go. We learn that “One man had kicked a window at Morton Hall IRC [detention centre] in frustration following a cancelled removal, causing a 12cm cut to his leg.” Another detainee escaped a previous deportation flight by putting a razor blade in his mouth just before he was due to be taken to the airport. Hardwick mentions that one man “had been on constant supervision at Brook House [detention centre] following a self-harm incident with multiple cuts to each forearm at 9.25pm on the night of the removal … This man told us that he had been in the UK since he was 13 and was leaving behind a wife and seven-month-old baby.”

Inspectors on one flight found that “several staff were asleep for significant periods, while sitting next to a detainee they were responsible for.” When they were challenged about this, (which was also noted in Hardwick’s last inspection of a deportation), “Staff said that length of shift and irregular recovery periods between removal operations sometimes made it impossible to stay awake.”

Capita told Corporate Watch that: “Overseas staff work, unsociable hours and long and unpredictable shifts which will on occasions cause escorts to be tired but it is the responsibility of individual employees to make sure they are either sufficiently rested before any task or to inform the business that they are unfit for duty. Tascor has placed a member of the management team on each charter flight to support officers and to ensure that rest breaks are offered and that when appropriate, escorting staff are challenged.”

On the second flight, there were shortages of trained Tascor escort staff, because an earlier deportation flight had been delayed in Uzbekistan. This meant that “volunteers were drafted in from Home Office Immigration Enforcement and the police”, and some Tascor staff “had had no more than 12 hours” break since their previous assignment. In addition, “It was not clear whether all the escort staff were detention custody officers certified under Part 8 of the Immigration and Asylum Act 1999.” The report says “there was an unusually wide range of staff” on this flight, including two guards from Serco and two from Mitie. (Serco says on its website that the company provides the Home Office with “accredited Detention Escort Officers.”)

Some escort staff had attended a new deportation training programme, with one describing it as “thorough and ‘intense’, taking place over five days and testing many scenarios”, but most had not yet gone through it. Overall, the inspectors found “Escorting officers were courteous and appropriate in their manner towards detainees and in their communications in the presence of detainees.”

The inspectors also found that detainees using the toilets on the coaches or aircraft could only do so if the doors were “routinely wedged open with a foot or with handcuffs.” Hardwick says that “An 18-year-old female detainee from Yarl”s Wood [detention centre] was brought on to a coach of men to use the toilet, which was intimidating.” She declined due to lack of privacy and bad smell. Under pressure from the inspectors, “a manager decided that the female detainees could use the terminal facilities.”

Many security staff were dressed in combat-style trousers and some “wore heavy boots”, which was “too reminiscent of military or police uniform” and could have been “unnecessarily intimidating for some detainees”, the report says. Some guards did not have their ID cards visible during the journey to the airport.

The report also criticises the lack of interpretation for detainees. On one flight, the Albanian interpretor “spent the whole flight in the managers’ seating section at the front of the plane. He said that he was available to be called if a detainee needed interpretation but did not make detainees aware that he was available.” Inspectors found that “Paramedics gave appropriate care to detainees”, and that they were contracted from a company called Aeromed.

However, one paramedic “was not aware what the acronym ACDT referred to.” ACDT stands for ‘Assessment, care in detention and teamwork’, and refers to the paperwork that monitors self-harm or suicide risk among detainees.

When the flights landed in the Albanian capital of Tirana, detainees were met by the police and taken to a new holding centre, that was built with UK government funding. Inspectors said that “The facility was of a reasonable standard but mainly focussed on crime prevention and security issues and provided little support for detainees who might be vulnerable. It was unclear how women or children would be dealt with in the facility.”