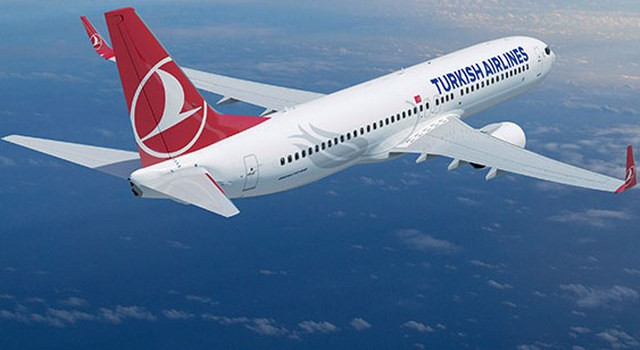 The Home Office is trying to deport dozens of refugees to Iraq, with at least 30 people currently held in detention centres awaiting forced removal. But instead of using high-profile charter flights, the Home Office is now turning to a handful of major airlines to take Iraqi deportees as scheduled passengers: Royal Jordanian, Turkish Airlines, and Qatar Airways. Strong resistance by deportees and supporters may yet win out though, and several flights have been cancelled in the last week.

At the start of April, the International Federation of Iraqi Refugees (IFIR) announced that it was in contact with several dozen Kurdish and other Iraqis who had been rounded up and detained in Colnbrook, Campsfield, Morton Hall and other UK detention centres. Many assumed a mass deportation charter flight was in the offing, as this is a common Home Office pattern following a sudden wave of arrests.

The last charter to Iraq had been booked for 21 June 2011. That flight was called off at the last minute as campaigners blockaded the coaches leaving Colnbrook and Harmondsworth and lawyers scrambled behind the scenes to get removal papers quashed. By 2012 Iraqi refugees appeared to be on reprieve, as years of campaigning by IFIR and others had finally pushed the Iraqi national government passing a resolution to refuse deportation flights.

Even with the apparent weakening of the Iraqi government’s resolve, it seems that a charter flight is still too much of a political risk. Politicians in the Iraqi parliament are moving again on this issue: last month over 100 MPs signed a call for a new parliamentary resolution against deportations. Also, here in the UK, a blockade of a charter flight to Nigeria and Ghana at Stansted Airport on 28 March helped raise the profile of these mass expulsion night flights.

But the Home Office can also collaborate with commercial airlines to deport people. The first of the arrested Iraqis, 36 year-old Aras Ismail from Kirkuk, was put on a scheduled Royal Jordanian flight to Baghdad. Four security guards reportedly locked him in the plane’s toilet for the duration of the flight, gagged and handcuffed with his legs tied together. His home of Kirkuk is currently a war zone under partial control of Daesh (ISIS). Just the day before the flight, there were reports that Daesh had executed 12 people in the town.

As reports of Aras Ismail’s ordeal made it into regional press, and campaigning against the deportations grew, the flights seemed to reduce in number. And then a new airline appeared on the scene. Since 2005, Royal Jordanian had been the only commercial airline carrying individual deportations to Iraq. But, whether or not because of the bad publicity and campaign pressure, the next wave of deportations at the start of May instead featured Turkish Airlines’ flights via Istanbul to Bahgdad.

Qaranmin Amin, also from Kirkuk, was deported on a Turkish Airlines flight from Heathrow at 6pm on 4 May. Assan Yaba Assan, from Mosul, was due to fly on 6 May, again with Turkish Airlines, but his flight was cancelled on the day. Following an appeal from IFIR and Assan’s partner, Turkish Airlines received phone calls and emails asking them not to collaborate in the deportation, which may have been a factor in its cancellation.

Another three deportations scheduled with Turkish Airlines for 9 May were also cancelled at the last minute. One of the refugees successfully resisted, and this may have led the airline or the Home Office to call off all three.

Then on 10 May, another airline got involved: Qatar Airways. It was scheduled to take Soran Ahmed on a Heathrow flight via Doha, although this flight was also cancelled.

Corporate Watch has contacted Royal Jordanian Airlines, Turkish Airlines, and Qatar Airway for comment. None of them responded to us.

After his flight was stopped, Assan Yaba Assan was taken back to Colnbrook detention centre, and is still being held there along with many other Iraqi refugees. The Home Office will be hoping that campaign pressure dies down and they can try to deport them again. IFIR and other supporters will do their best to make sure that doesn’t happen. Key will be getting support inside Iraq to reaffirm the deportation ban. But active pressure from the UK and elsewhere can also play an important role, particularly by persuading the airlines not to take more forced passengers.

Dashty Jamal of IFIR told Corporate Watch: “Iraqi people are still paying the price for the imperialist actions of the British and American governments, as war continues to rage in the country. We ask all freedom-loving people to stand against these actions, and we call on the governments to immediately halt these deportations.”

The next deportation flight is scheduled with Turkish Airlines again, with Haram Kalif, who has a three-month pregnant partner living in the UK, due to be sent to Kirkuk on 26 May. IFIR and friends are calling for people to keep communicating with Turkish Airlines, and any other airlines that continue to be involved, demanding they stop these flights.

Turkish Airlines is largely owned by the Turkish government, not known as a great respector of public opinion. However, the company is very careful about its image, boasting that it has been awarded the title of “Europe’s best airline” six years in a row. This might make it more likely to listen to complaints about the “service” it provides for the Home Office’s unwilling passengers.