Mining companies are on a charm offensive in Mongolia, attempting to convince Mongolians that the corporate takeover of large swathes of the Gobi desert will benefit local communities.

This year mining companies sponsored a community event in the town of Tsogt-Tsetsii in Omnogovi, South Gobi. The Nadaam festival is a traditional event, featuring wrestling, horse riding and archery, that happens all over Mongolia. This year, however, the flags of dozens of mining companies flew over the sports arena and corporate gers (or yurts) gave away free food, vodka and snuff as part of a PR drive aimed at keeping the local population sweet as the vast empty spaces of the Gobi give way to open cast mines and mining infrastructure. 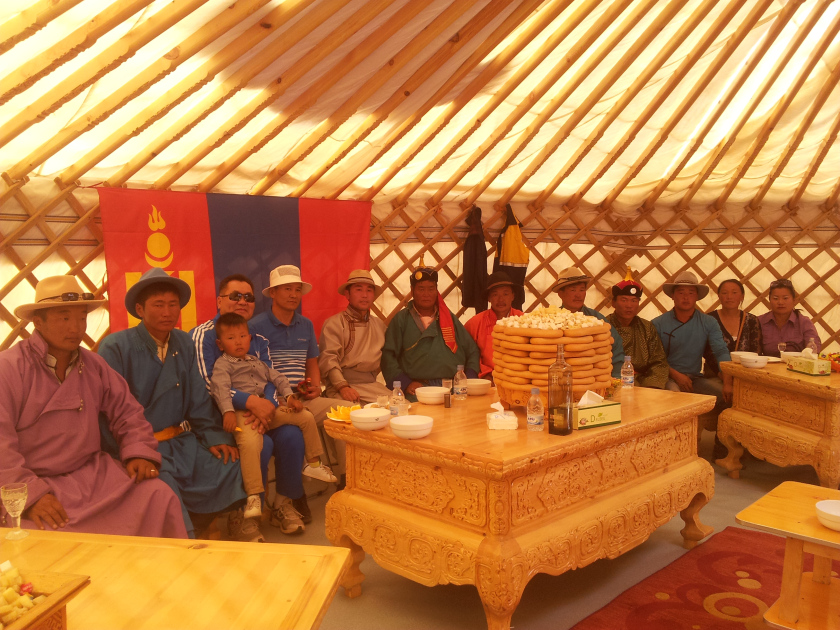 A mining company worker takes this photo as a PR ploy: horse riders at Naadam in the corporate ger

Until recently the town has only been accessible by dirt tracks through the desert. Now, a brand new unfinished paved road stretches south towards China, where a border crossing at Gashuun Sukait exclusively serves the mining industry. If the mining companies have their way, a network of new roads will be built connecting mines in the Gobi with the country’s capital – Ulanbataar – and the road to China. Additionally, a rail track is planned linking the mining region with the train line from Moscow to Beijing. Mining firm Energy Resources has already built hundreds of miles of paved road from its mine at nearby Ukhaa Khudag to the Chinese border to facilitate the export of coal to China.

As you enter Tsogt-Tsetsii from the west you pass mining compounds secured by CCTV and barbed wire and a mountain of waste from the mines in the area. A corporate translator playing host at the Erdenes Tavan Tolgoi (ETT) corporate ger tells us that the company plans to make this mountain into a “beautiful hill” with trees on it.

ETT is part of a joint partnership with Australian firm Macmahon. Corporate promotional material available at the event explains that ETT was set up to mine the Tavan Tolgoi coal deposit, which the company estimates contains 7.4 billion tonnes of coal. Mining operations at Tavan Tolgoi are among the largest in the world. ETT is currently employing about 345 workers to mine at East Tsankhi. Heavy equipment for the excavations is provided by multinationals, Caterpillar, Liebherr and Terex.

Our hostess comes from Ulanbataar, 540km to the north. Only 20% of the workers at Tavan Tolgoi are local, the majority come from Ulanbaatar and stay for two to three weeks at a time. There are also Australians and South Africans working there. The workers live at a camp at East Tsankhi mine.

ETT’s project got the go-ahead from the Mongolian parliament in 2010. The company is also planning the construction of a power plant, using technology supplied by German firm Siemens. 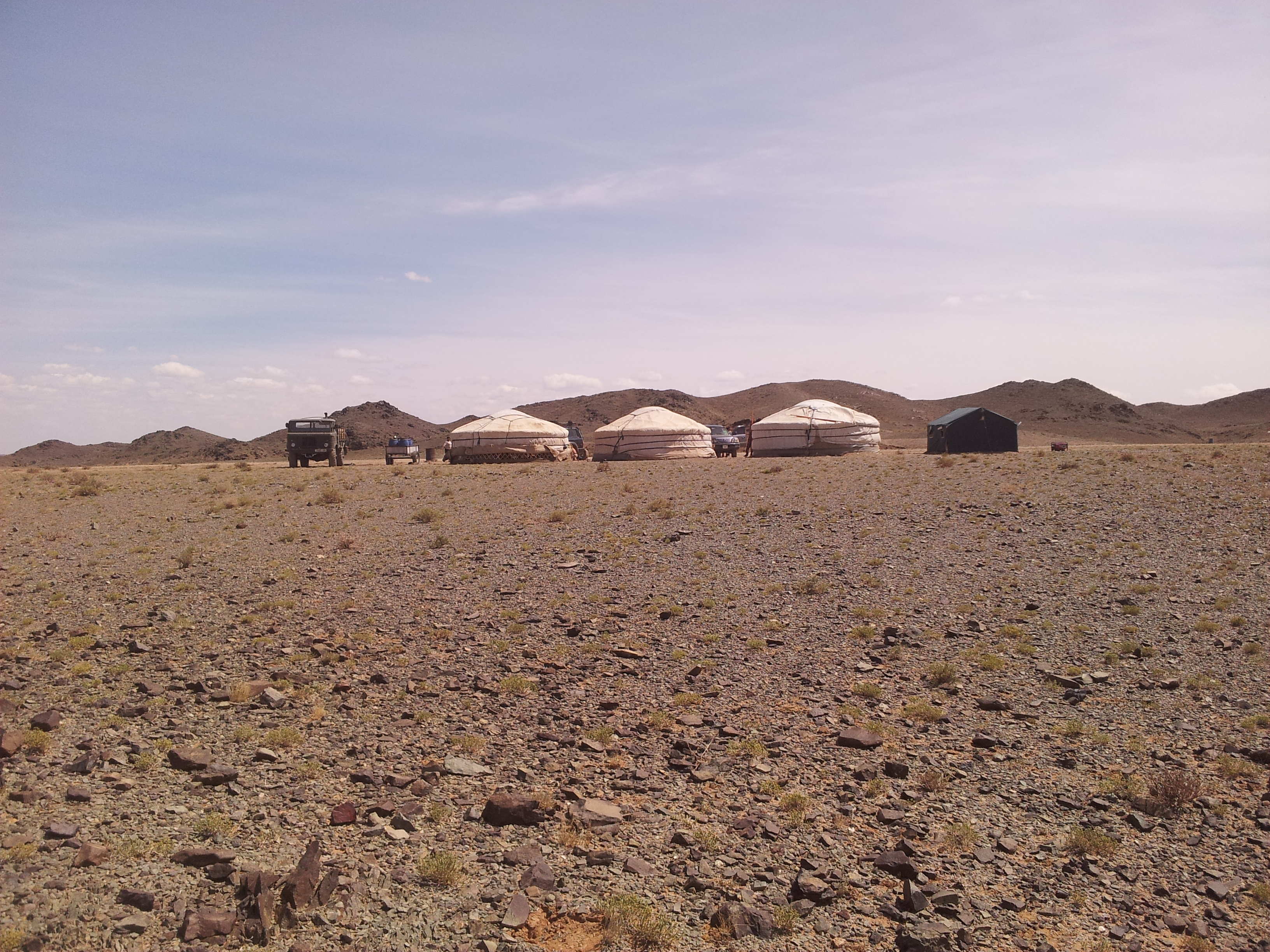 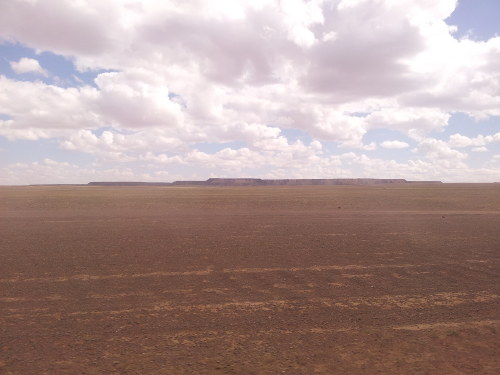 A mountain of mining waste near Tsogt-Tsetsii

ETT’s plans will require huge amounts of the Gobi’s precious water to process and wash the coal. This will come from bore holes exploiting underground water supplies and from Balgasyn Ulaan Nur lake in Khankhongor to the west of Tsogt-Tsetsii. The company plans to pipe over 1,300 cubic metres of water from the lake every day and construct 80km of water pipeline.

About 100km east, Chinese company Jintai is conducting exploratory mining for gold. Again, many of the workers are either Chinese or from Ulanbataar rather than from the local area.

A mining worker from the area told us that he was paid 50,000 MNT a day (about £16). He is not happy with the wage and tells us that mining “is not good for Mongolia, only for Chinese companies. Mongolians don’t like to see their mountains drilled. It only happens because politicians benefit from it”. Another worker reported that “drunken local people had attacked the mining camp where I work” because they were angry about the mines.

The expansion of the mining industry in Mongolia threatens to engulf the vast wildness of the Gobi and also challenges the livelihoods of people living in the region. The majority of people living outside Ulanbataar are either nomadic or semi-nomadic, living in gers and herding animals. Nomadic lifestyles depend on access to land on which to live and keep animals. More and more mines, coupled with corporate plans for massive infrastructure developments, do not bode well for local people’s access to the land in the future.

For critical information about mining in Mongolia and elsewhere see the London Mining Network website.

Some of the other companies doing PR work at the Tsogt-Tsetsii Naadam Festival:

Flora and Fauna International (FFI): Not a mining company but a registered conservation charity in England and Wales, FFI states on its website that it works directly with businesses to “ensure that businesses fully understand, and take account of, their impacts on the environment and that they recognise that adopting strong environmental standards makes good business sense.” This kind of charity engagement with business, which has become a routine part of corporate PR strategies, runs the risk of helping greenwash the destructive practices of mining companies.

Tavan Tolgoi Trans: Another corporate sponsor of the Nadaam.

Grupo ACS: The Spanish civil engineering firm were not sponsoring the Nadaam. However, the company’s signage could be seen around Tavan Tolgoi.