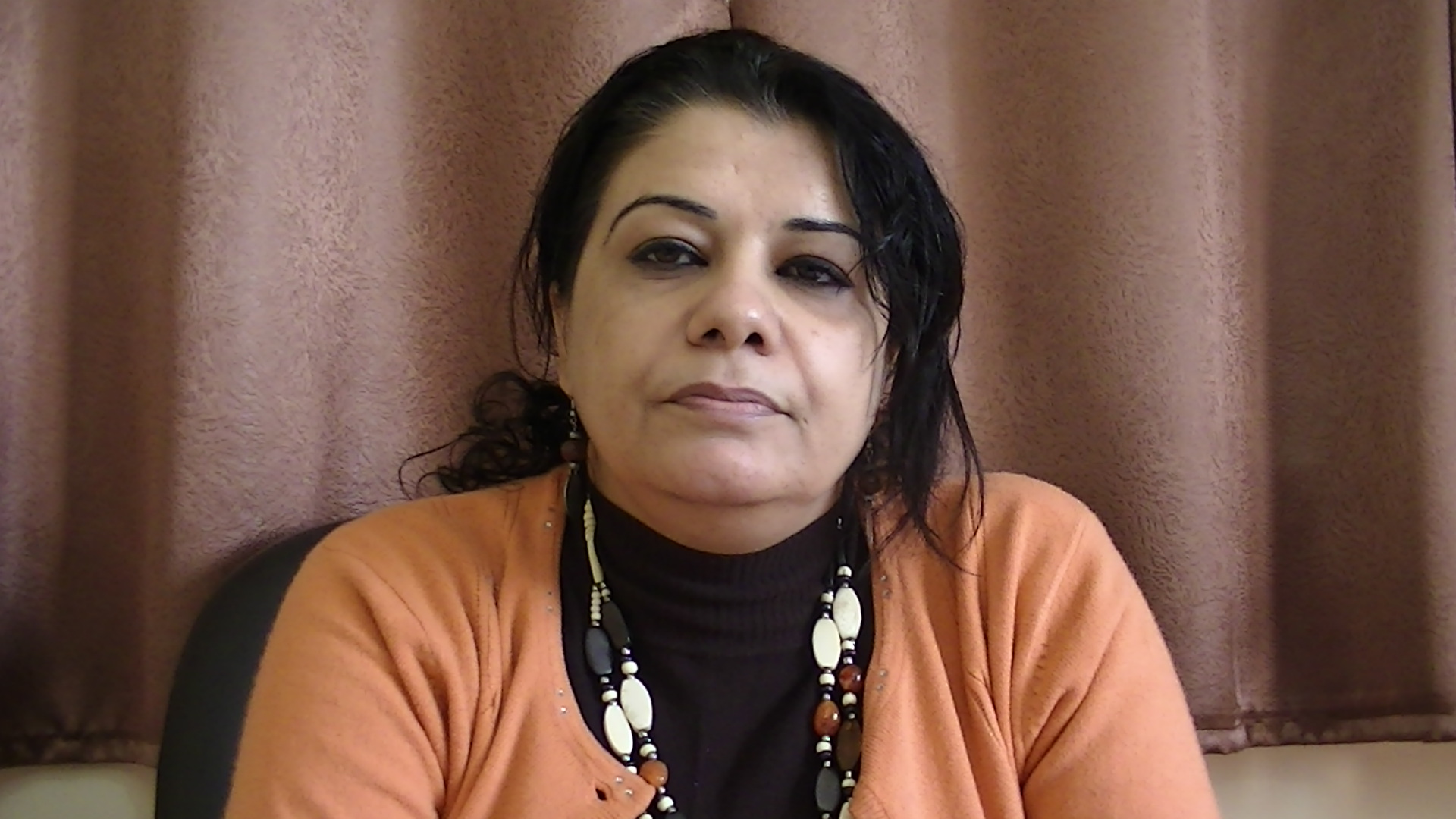 In December 2013, Corporate Watch interviewed Taghrid Jooma of the Union of Palestinian Women’s Committees (UPWC) about the union’s work in Gaza and its view of the international movement for boycott, divestment and sanctions. A video interview with Taghrid is embedded below, to view the video with English subtitles hover over the bottom of the video and click subtitles/cc.

Taghrid told us that “UPWC was established in 1981 in the West Bank to advocate for women’s issues – economic, social and political. It has 3500 members in Gaza. It is a part of the General Union of Palestinian Workers (GUPW), affiliated to the Palestine Liberation Organisation.

“We run a kitchen project and a sewing project. Our kitchen employs women who don’t have jobs, particularly the wives of prisoners and martyrs [Those killed by the Israeli military and by the conditions of the Israeli occupation and siege], and improves their income. However, we can’t get raw materials for these projects because of the siege”

We ask Taghrid about UPWC’s position on the boycott, divestment and sanctions campaign. She replies: “Not everyone agrees that boycotting Israel is necessary in the GUPW. The leaders of the union are involved in negotiations and are not keen on boycott. Some people are hypocrites. But UPWC’s position is to boycott Israel. We measure how much you are in solidarity with us by how much you boycott.”

“The best way to boycott Israel is to boycott their products as this affects their economy. During the first Intifada, groups of women produced goods locally so they did not have to buy Israeli goods. People used to burn Israeli products or throw them in the river and workers refused to work in the settlements.

“There are many ways to boycott. At UPWC we focus on economic boycott. We also work to expose cultural appropriation of Palestinian cultural heritage.

“Israel is one of the world’s largest diamond exporters. We campaign for people to stop buying Israeli diamonds as the money goes to help build the settlements.

“The Israelis export Palestinian produce and export it with an Israeli label, for example they export roses from Gaza for nickels and dimes and sell them for a lot of money.”

“We are against the Oslo accords [the accords with the Israeli government, signed in the 1990s, which institutionalised many aspects of the Israeli occupation and created a client Palestinian economy. Israel did not honour its obligations under the accords] and we boycott normalisation projects [ie projects which promote a normalising of relations with Israeli companies, government or institutions while the occupation of Palestinian land continues]. We don’t accept money from USAID and other funds which support normalisation”.

Taghrid goes on to say: “We have no relationship with Israeli unions and we consider the people that do that as criminals”. Many Palestinian trade unionists support a boycott of the Israeli umbrella trade union organisation, the Histradrut, because of its failure to represent Palestinian workers and its overt support of Israeli state policies. For example, in 2010 the British University and College Union (UCU) broke ties with the Histradrut; a UCU spokesperson said the Histradrut, “supported the Israeli assault on civilians in Gaza” and “did not deserve the name of a trade union”.