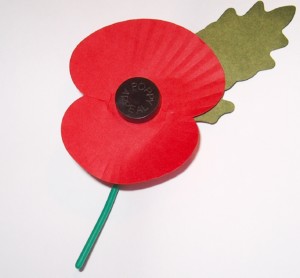 At this time of year, people wearing red poppies are a common sight. Less known is that many of Britain’s poppies are made in prison sweatshops paying prisoners less than £10 for a full working week.

For many, poppies are a symbol of remembrance for lost relatives and those that have died at war. For others, they represent British nationalism, imperialism and militarism. Donations for poppies go to The Royal British Legion, a UK charity providing lifelong support for the Royal Navy, British Army, Royal Air Force, Reservists, veterans, and their families. Interestingly, veterans make up 3.5% of the total prison population itself, with more than 2820 people locked up according to research.

The poppies are manufactured at HMP Ford in West Sussex, which holds more than 521 prisoners. Prisoners writing to the prison newspaper Inside Time have described the prison as “a hostile environment” and ”glorified super-enhanced C-cat”. The prison itself was previously an army base.

Faith Spear, former member of the Independent Monitoring Board at Hollesey Bay prison, has visited many prisons including HMP Ford. She described the work as “all mind numbing and boring” and says that jails are “akin to mental torture” due to the “abject lack of purposeful activities for inmates, with some forced to carry out effective ‘slave labour’ for big business, for hours on end”.

Prison labour for poppy production is also exploited internationally. Prisoners in New Zealand manufacture poppies across three different prisons in the country, working six hours a day to assemble thousands. Since 2014, prisoners in Canada have been making poppies for the Royal Canadian Legion in partnership with a private printing company and company Trico Evolution. The Corcan job-training program of the Correctional Service Canada uses prison labour across 10 minimum security and healing lodge prisons. Healing lodge prisons are part of the Canadian Carceral State, a symptom of high rates of indigenous incarceration. 30 per cent of prisoners in Canadian prisons are Indigenous, although Indigenous people only make up 4.1% of the population of the colonised country.

In 2014, the Ministry of Justice (MOJ) and Ministry of Defence (MOD) joined forces to create prisoner workshops to manufacture supplies for the armed forces. Project Claustrum (Claustrum means prison in Latin) uses over 1000 prisoners to make items such as sandbags, camouflage nets and Demountable Rack Offload and Pickup Systems (DROPS). Former Justice Secretary Chris Grayling boasted of how the initial six-month trial of the project at HMP Coldingley saved the government nearly £500,000 in costs. 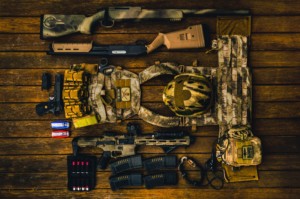 Project Claustrum’s first lead manager, Michelle Downer, described the possibilities of what the MOJ could offer to the armed forces as ‘endless’. Meanwhile, the then Minister for Defence Equipment, Support and Technology, Philip Dunne, shared how “during times of austerity we’re always looking at ways to be more efficient and this is a fantastic initiative”.

Exploiting the prisoner workforce is a dangerous step in building the state’s capacity to continue its repressive operations at home and abroad. Workers in prison have no rights to organise, no contracts, no pensions, no right to choose what they do, and if they do not work they can be punished. Likewise, having such an accessible workforce to exploit makes military operations even easier.

The Government’s Prison Education and Employment Strategy published in May 2018 paves the way for the escalation of the exploitation of prisoner labour. It creates a dangerous situation whereby the criminal justice system is entrenched further in a web of capitalist exploitation: from privatised prisons and probation services, to prisoner labour being sold as a solution to bosses experiencing the impact of Brexit on migrant labour.

The Prison Industrial Complex and the Global War Machine

Why does it matter if prisoners are manufacturing items for the British Army? It only takes a look across the Atlantic to see how wars such as the invasion of Iraq were economically enabled by prison labour. In 2004, more than 21,000 prisoners across the US were working for Federal Prison Industries (also known as UNICOR) run by the Bureau of Prisons in the United States. Prisoners made everything from uniforms, helmets, night vision equipment and blankets to bomb components. Research by Ian Urbina, a reporter for the New York Times, showed that 300,000 pairs of trousers bought by the Department of Defence made their way to war zones, with at least three out of four active-duty soldiers in Iraq and the Middle East wearing clothes made by prisoner factories in Atlanta and Texas. Prisoners in the US also made significant volumes of gear for the 1990-1991 Gulf War. 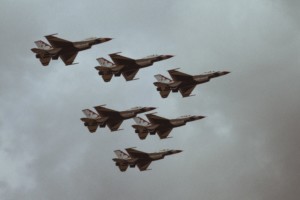 In addition to manufacturing, prisoners are also used to clean, recycle or reassemble components and wash military uniforms. This often creates toxic consequences for prison workers. Sara Flounders shares how “prison work is often dangerous, toxic and unprotected. At FCC Victorville, a federal prison located at an old US airbase, prisoners clean, overhaul and reassemble tanks and military vehicles returned from combat and coated in toxic spent ammunition, depleted uranium dust and chemicals”.

Prisoners being exploited for national war efforts is nothing new. It is well-known that hard labour forced upon prisoners and the poor in 19th century workhouses often involved picking oakum (separating strands of rope) for the British Navy. Not forgetting the powerful historical role of penal colonies in the creation of the British Empire and other colonial projects.

One thing is clear: the prison industrial complex and the global war machine are intimately connected. This summer’s prison strike that began in the United States and spread to other countries was the largest in history. It shows more than ever that prisoners are resisting this penal regime, often at great risk to themselves. The battle to end prison slavery continues.