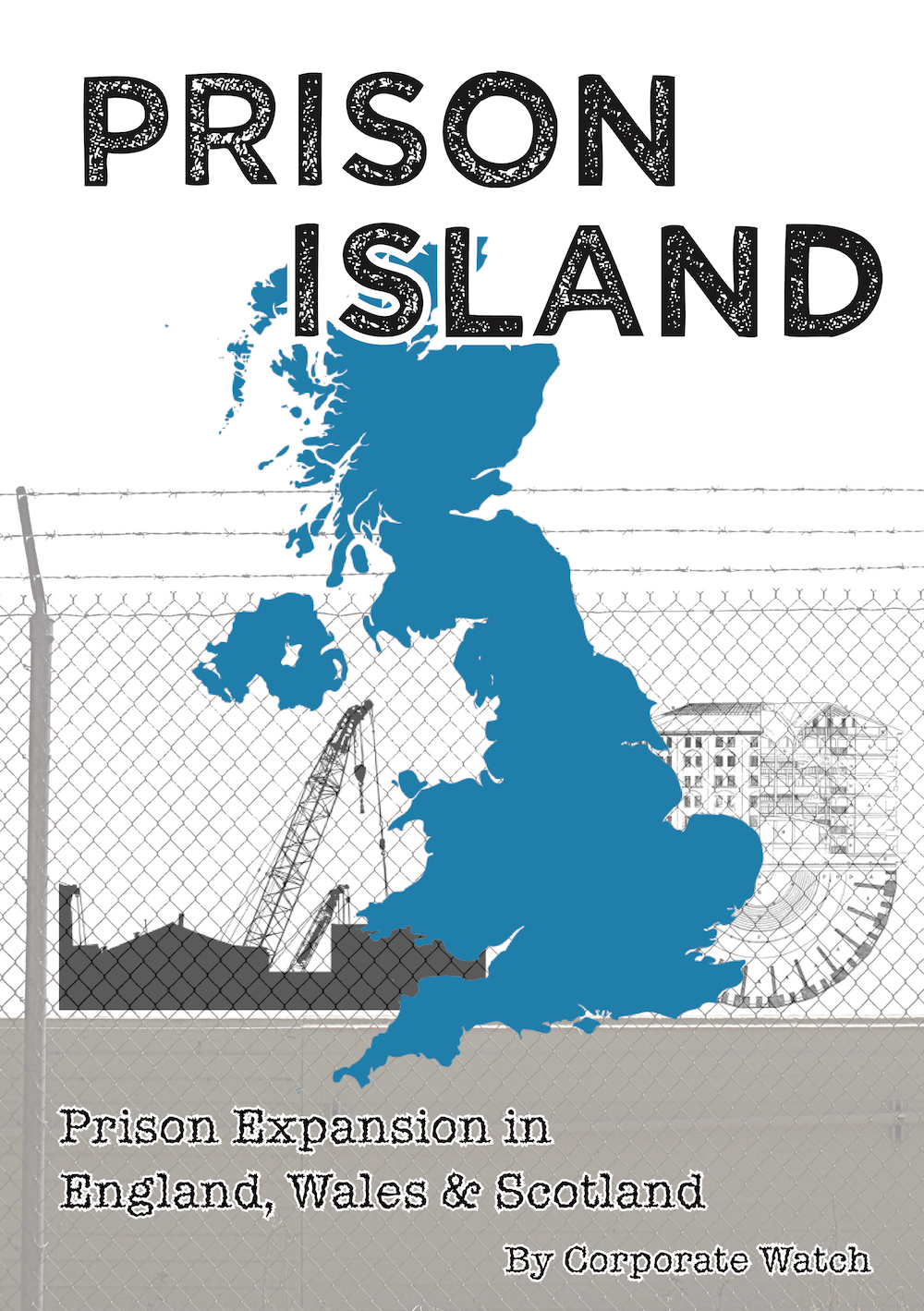 Prison Island: Prison Expansion in England, Wales and Scotland shines a light on one of the biggest prison building programs in generations.

Read the latest research on:

The UK prison population has risen by 82% in the last 30 years. We are increasingly becoming a ‘prison island’, where state violence and imprisonment are used to maintain a divided society built on exploitation. England and Wales have the highest imprisonment rate in western Europe, with Scotland the third most imprisoning country.

This once-in-a-generation prison building programme represents a significant expansion of the repressive apparatus of the British state, entrenching the power of corporations in the criminal justice system even further. This report aims to document and contextualise this escalation in mass incarceration and provide information to support those fighting against it.

In October 2021, we produced our third update on the current status of prison expansion across England, Wales and Scotland. Since our first report, the state has nearly doubled its incarceration plans, from 10,000 new prison places to 18,000.

All orders will include both reports.