This article is part of a joint investigation with The Canary

Refugees in London are being housed by the Home Office in run-down, insect-infested hotels. Meanwhile, private housing providers are raking it in.

Corporate Watch spoke to an Iraqi Kurdish family who arrived in the UK in November 2020. Since then, the family – who wish to remain anonymous – have been put up by the Home Office in disgusting conditions in several hotels in London with their six children. They told Corporate Watch that – aside from the insect infestation – they have had to deal with the ceiling caving in; water pouring in from the apartment above them; insufficient food, a lack of electricity, and – when there has been power – dodgy and dangerous electrics.

Mother of the family Rojda (not her real name) told Corporate Watch:

“I’m a mother of six kids, our life is very hard here, and we have no rights.

Rojda described how she often had to take the family to see another friend living in a different hotel in order to take showers because of the lack of hot water. Rojda said that it was a “shame” that despite living in a rich capital like London she didn’t even have electricity or hot water.

The adults in the family have not been given permission to work in the UK and are completely dependant on the Home Office for accommodation.

They are currently living in a hotel in just three rooms for a total of eight people. The hotel is infested with bed bugs which are causing skin irritation. They provided Corporate Watch with these shocking photos: 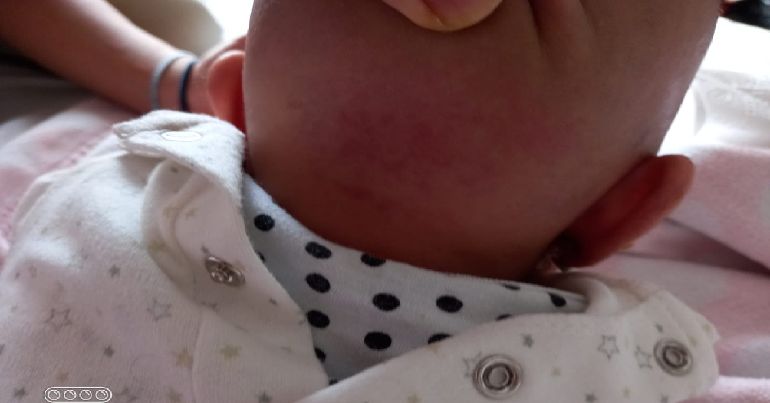 A baby with a skin irritation caused by bed bugs 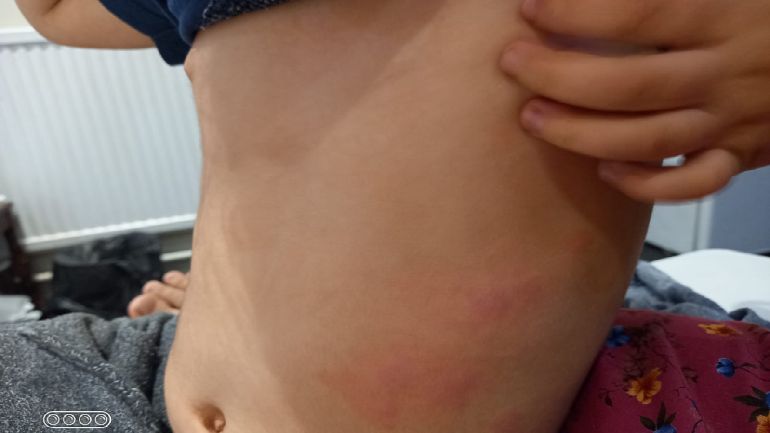 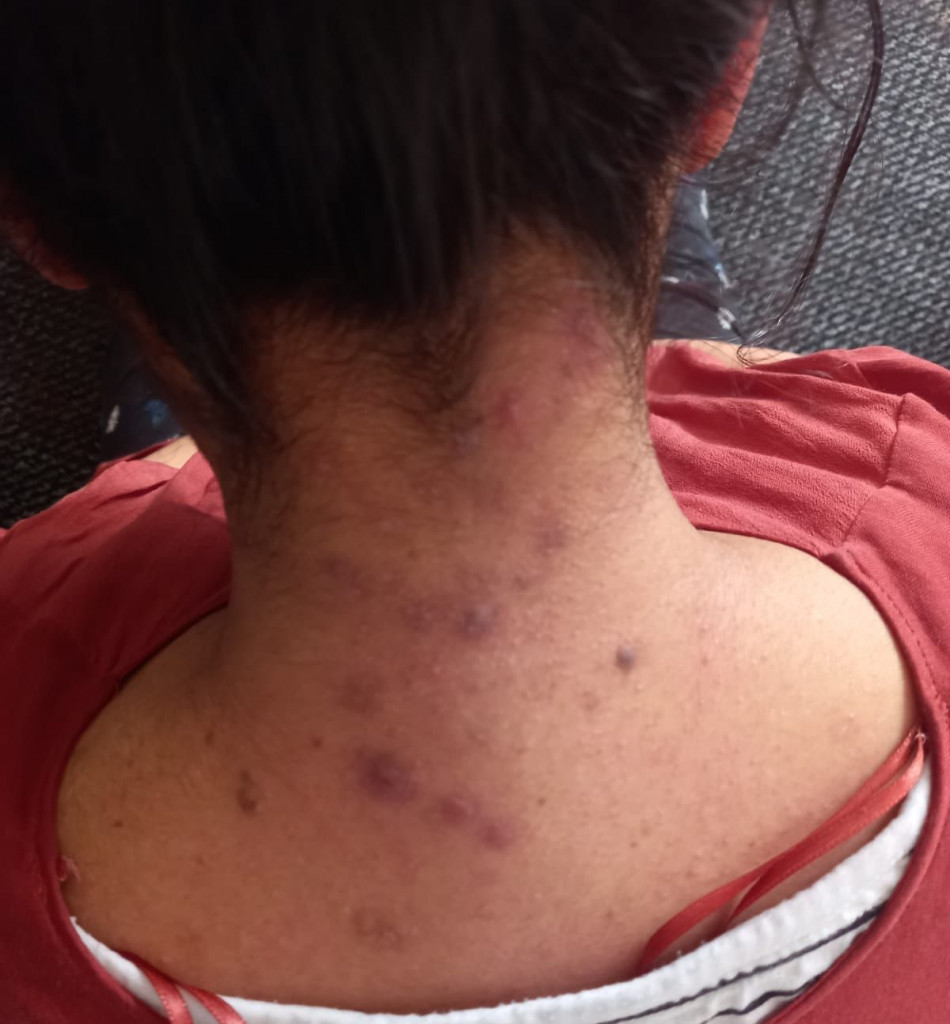 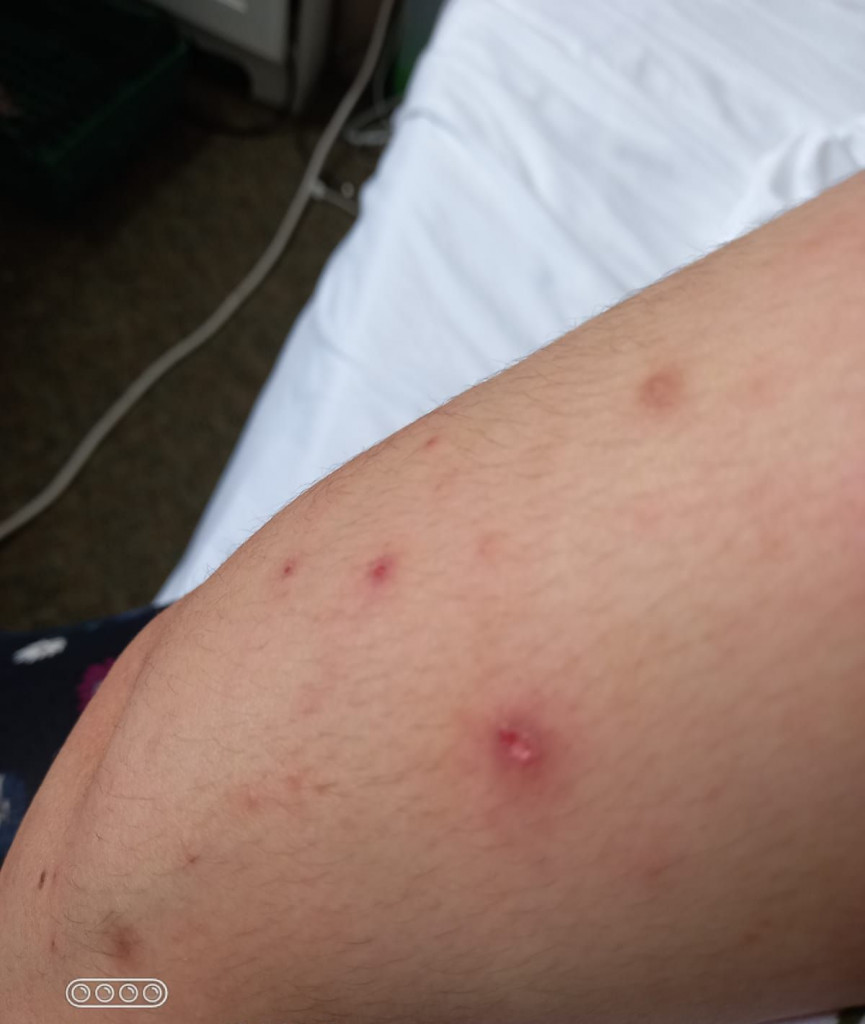 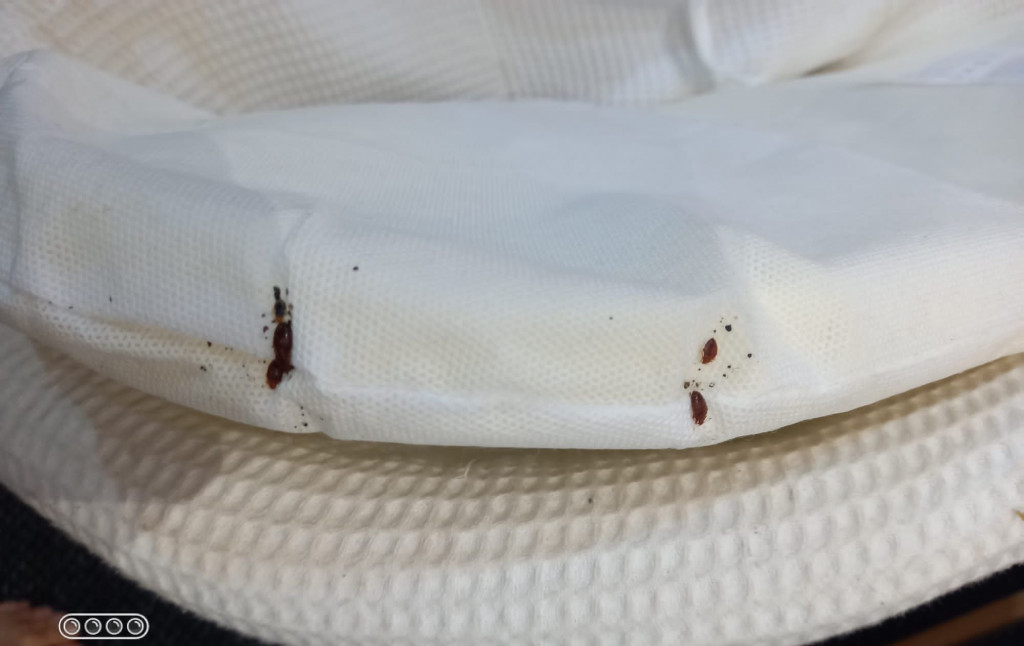 Dead insects on a child’s cot

The family were temporarily moved to new accommodation after a housing officer intervened, but Rojda told us that within weeks they were forced to return to the bug-infested hotel.

Heartbreakingly, Rojda told us that the staff at the hotel had denied her son food, after he complained about the state of the family’s accomodation.

Rojda said that it’s not just her family who are suffering. She doesn’t have a common language to communicate with the other families at the hotel, but she can see that the conditions are just as bad for them

Nearly 55,000 refugees are currently housed in the Home Office’s ‘contingency accommodation’ waiting to find out if their asylum claim will get approved. The UK’s asylum housing contracts have been wholly privatised since 2012.

The company that is responsible for providing the accommodation that Rojda’s family is housed in is Clearsprings Ready Homes, which reported a massive jump in profits in its last set of accounts – to £4.5m. Its surging profits have led to a seven-fold increase in dividends to the parent company. Clearsprings handles the asylum accommodation contracts for the Home Office in the south of England.

Clearsprings also runs Napier, an ex-military barracks which is being used to house refugees in Kent in conditions described as “squalid” by lawyers of the residents.

In other parts of the UK, the Home Office has awarded contracts to Serco and Mears Group. Outsourcing giant Serco reported £180m in profits in 2019, while Mears reported over half a million worth of profits from its housing business alone.

We’ve decided not to name the Central London hotel because of fears that fascists will target the residents.

“Imagine coming to school with that”

Rojda suggested that we speak to the children’s teachers so they could tell us about the effect living in these conditions has on the wellbeing of the children and their education.

The school provided a statement which says that it has had to get “more and more involved” with helping children in “temporary accommodation”, including providing support with practical things like travel and uniforms, as well as “navigating the bureaucracy”. Its statement reads:

“Living in these difficult conditions obviously impacts the children. They tell us about how overcrowded it is, how noisy, and how they have trouble sleeping.

Imagine coming to school with that. They are trying to learn a new language, integrate into a new school, adapt to a new culture when at the same time they have to deal with great uncertainty about how long they will be staying for.”

The Canary contacted the Home Office about the conditions at the hotel. They passed the buck to Clearsprings, saying:

“We are dealing with unprecedented pressures on the asylum system, but despite this we continue to ensure the accommodation provided is safe, comfortable and secure.

However, we expect high standards from all of our providers, and any asylum seekers who have problems can get in touch with Migrant Help 24/7, every day of the year.”

“Clearsprings Ready Homes works closely with its delivery partners to ensure that safe, habitable and correctly equipped accommodation is provided. Whenever issues are raised, or defects are identified Ready Homes will undertake a full investigation and ensure that those issues are addressed.”

“The Nationality and Borders Bill that we are introducing will deliver the most comprehensive reform in decades to fix the broken asylum system.”

However – far from making the situation better for refugees – the Nationality and Borders Bill will make the situation even worse by introducing endless reviews of people’s asylum claims, which stretch out the asylum process. This means that people are reliant on Home Office accommodation for even longer. In general, the bill is designed to make claiming asylum in the UK even more difficult.

“Not an isolated experience”

Rojda’s family’s situation is not unique at all. The Home Office’s private contractors routinely provide dirty and dilapidated accommodation to those seeking asylum. Earlier this month, Clearsprings was forced to make improvements to flats it’s using to house refugees in Uxbridge after they “were found to be rife with damp, mould, water leaks and pest infestations”. Last year, six men won a high court legal challenge. The court ruled that their accommodation at the Napier Barracks in Kent – which is managed by Clearsprings – failed to meet a “minimum standard”.

We spoke to Maddie Harris, director of the Humans for Rights network. She said:

“The experience of this family is utterly appalling and shows a clear disregard for their health, wellbeing and rights. It is also, not an isolated experience. We have spoken to hundreds of people seeking sanctuary in the UK who are accommodated in hotels throughout England and it is clear from the testimonies shared with us that there is no attention paid to upholding even the most basic of rights. People often spend well over a year in cramped, overcrowded hotels, run by private contractors who surveil their every move.”

“Medical care is often limited or restricted by staff who refuse to assist people in registering with GP surgeries. Food is nutritionally poor and small in quantity and often lacks consideration for faith, cultural or dietary requirements. Access to solicitors and legal advice is severely lacking and little to no information is provided to people. These hotels and accommodations such as Napier Barracks, are for many experienced like quasi-detention and we have heard from numerous people that their mental health is severely effected by isolation, lack of information and complete uncertainty as to the progress of their asylum claim. These accommodations are run by private companies, who profit from and are responsible for much of this harm.”

Harris concluded that, although private companies are profiting from running the accommodation, the Home Office bears the final responsibility. She said:

“Ultimate accountability lies with the Home Office who are responsible for these contracts and the welfare of asylum seekers in the UK, yet there is a complete lack of oversight for how these contracts are managed, resulting in untold harm to many thousands of people seeking sanctuary in the UK.”

Refugees living in the Home Office’s slum accommodation can be found in many of our communities. These are people who are new to the UK, and they are bearing the brunt of a racist state which is colluding with ruthless private companies out to make a fast buck from the suffering of others. We need to be ready to stand in solidarity with people in the Home Office’s slum accommodation, and to struggle alongside them for better conditions.

Featured image via Alisdare Hickson/Wikimedia Commons (resized to 770×403 pixels), all other images used in this article were provided to Corporate Watch by Rojda’s family (with permission)

We know that Rojda’s family’s situation is just the tip of the iceberg. If you – or people you know – are in a similar situation you can talk to Corporate Watch here.