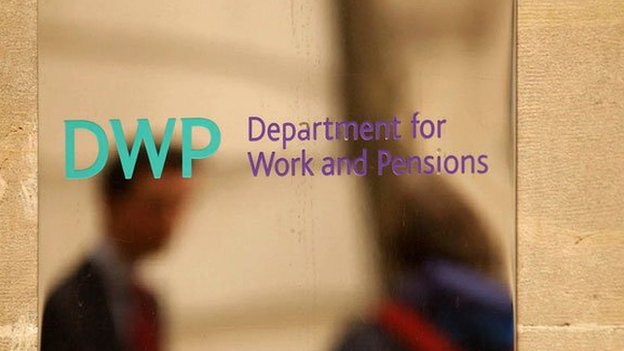 Sanctioning – stopping someone’s benefits after a perceived infringement of the terms of their claim for between one week and six months – was a favourite policy of the previous government but figures revealed by Corporate Watch and the Observer today show the coalition, together with sub-contracted private ‘provider’ companies, has massively increased the amount of sanctions imposed.

Read a personal experience of being sanctioned here.

139,000 sanctions were handed out to Jobseeker’s Allowance* claimants in 2009 but this more than tripled to 508,000 in 2011, the coalition’s first full calendar year in government.** There was little change in the number of people signing on in this period, meaning a much higher proportion of people have had their benefits cut.*** In February 2011 for example, 1.44 million people were claiming JSA compared to 1.42 million in 2009. 51,000 sanctions were imposed in the former month, compared to 9,000 in the latter.

Many of these sanctions are initially suggested, or ‘referred’, to the Department of Work and Pensions by the private companies the government has sub-contracted to run many of its welfare schemes, such as the flagship Work Programme, for people who have been signing on for a year or more. DWP statistics, obtained by a Corporate Watch freedom of information request (download the disclosure here), show companies such as Serco, Seetec, Working Links and A4E have been even more eager to sanction people than the government.

The companies referred over 110,000 cases to the DWP for sanctioning between the start of the Work Programme in June 2011 up to January 2012, the last month figures were available (they do not have the power to sanction but they can suggest claims should be sanctioned to the DWP, which then decides whether the reasons given by the provider are appropriate).

The DWP only decided to approve sanctions for 40,000 of those referrals:

(An ‘Adverse Decision’ is a decision against the claimant, ie – a sanction. A ‘Reserved Decision’ means a claimant has stopped signing on by the time it has been decided to enforce the sanction.)

21,000 remain ‘outstanding referrals’, i.e. they are still to be dealt with. However in 31,000 cases, the DWP found in favour of the claimant and denied the referral. On average, therefore, 28% of the time the companies are trying to cut people’s benefits without suitable cause (and that’s suitable by the DWP’s already severe standards).518,000 people were enrolled on the Work Programme by January. After the initial start-up period, the rate of referrals has stayed fairly proportionate to the rate of people on the programme, at about 6%, suggesting providers may have a referral quota or target.

However, the rate the DWP is accepting referrals from providers and deciding to sanction claimants is rising. After the first three months, the rate has increased from just over 30% to over 40% in January, suggesting the DWP is becoming more persuaded by whatever reasons the providers are giving to sanction:

These figures will raise further concerns over the suitability of these companies to be involved in welfare programmes, but it is worth noting that the only charity sub-contractor, the Careers Development Group, is not coy about sanctions, having referred more people than Seetec and only 400 less than A4E in East London, where they have the Work Programme contracts.

A spokesperson for claimants’ group Ipswich Unemployed Action said: “This shows that the Government is using the DWP to punish unemployed people instead of helping them get jobs.”

Number of referrals for sanctioning by individual providers

(Note that the figures don’t necessarily tell you how severe a company’s sanctioning policy is as we do not know how many people have been sent to each of them. So although Working Links tops the list, having raised doubts over 7,500 cases in Scotland, the proportion of people it sanctions is not necessarily worse than the others.)

* We don’t have the figures for sanctions on other benefits such as Employment Support Allowance.

** Number of varied and fixed length sanctions combined. The total number of sanctions deemed appropriate was actually higher than these figures in both years as they do not include ‘reserved’ decisions, meaning a claimant has stopped signing on by the time it has been decided to enforce the sanction.

You can keep up to date with the latest macro level figures from the DWP here.