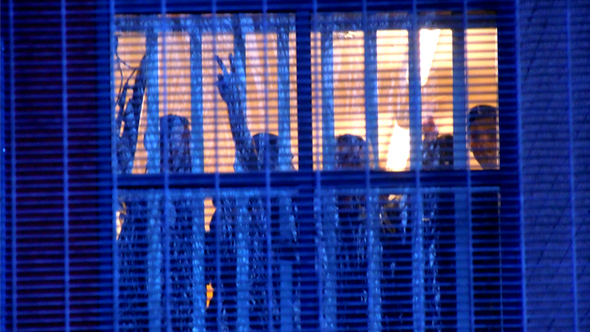 On Friday 4 May, slipped between the local elections and the bank holiday, the Home Office quietly announced that G4S will keep its contract to run the infamous Brook House immigration detention centre for another two years. The Gatwick-based detention centre hit the headlines last September when secret filming from a brave whistleblower showed a taste of the abuse meted out by G4S guards.

G4S’ contract to manage Brook House, and neighbouring Tinsley House, was due to expire this month. Yet the tender process to re-award the contract has now been scrapped. The Home Office says it will start again later in 2018 – after two independent reviews into the centre, and the detention system as a whole, have concluded. In the meantime, detainees will continue to live under G4S rule. It is not clear how much G4S will make from the two extra years, but the initial contract has been valued at £150 million.

G4S also has other ongoing immigration detention contracts: children’s “welfare services” in the deportation “family unit” at Tinsley House; and detainee healthcare services at Yarl’s Wood as well as in the two Gatwick centres.

But G4S is still not the whole story. Two more big detention contracts are due to expire next year: Campsfield, run by Mitie; and Dungavel in Scotland, run by GEO. Tenders are typically announced over a year in advance, but so far there is no news on either. Is the Home Office freezing all detention contracts, with their profiteers in place, waiting for public attention to die down?

It is in this context that we release our updated Detention Centres Factsheet. Around 2,500 people are locked up without trial or time limit in the Home Office’s immigration detention centres at any moment. The Factsheet gives an overview of the 10 main detention centres (and 30-plus other “short term holding centres”); flags up some key facts and trends; and identifies the main companies profiting from the detention regime.