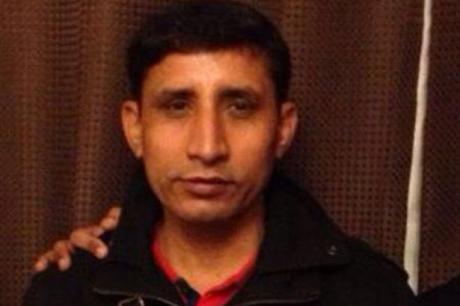 Medical staff at a Manchester Airport holding centre did not see paperwork warning them that a newly arrived detainee had complained to immigration officers about chest pains, an inquest heard yesterday.

Tahir Mehmood, a 43-year-old chef from Pakistan who had overstayed his visa, was detained at the Pennine House short-term holding facility at Manchester Airport on 20 July 2013. Six days later he died in custody. The UK Home Office has twice refused Mehmood’s widow a visa to attend the inquest, Manchester based human rights organisation RAPAR told Corporate Watch.

Pennine House, located inside Terminal 2, can hold 32 men and women for up to seven days pending their removal from the UK. Detainees can step outside into a “fresh air cage”. It is managed for the Home Office by a private security company, Tascor Services Ltd, and healthcare is delivered by Tascor Medical Services Ltd. Both are part of the Capita group of companies, although they are represented by different legal teams at the inquest. Nine staff members from Tascor Services gave differing testimonies at the inquest yesterday about Mehmood’s time in their custody.

Tahir Mehmood was arrested by immigration officers on 20 July 2013 and taken to Dallas Court reporting centre, a Home Office facility in Manchester where Tascor Services operate holding cells. He was noticed there by Mr Saddique, a Tascor detention custody officer (DCO), who speaks Urdu. Saddique told the inquest that the immigration officer who booked Mehmood into Dallas House heard the translator say he occasionally got “pains in his chest” and he was taking vitamin D tablets prescribed by the doctor. No medication was found, but this comment was recorded on a piece of paperwork known as an IS 91 R.

Saddique then made his own way to Pennine House. On arrival there he saw Mehmood being booked in at the reception desk. Saddique said he offered to help process Tahir Mehmood into Pennine House, but his colleagues there insisted they could manage despite Mehmood’s low level of English.

Saddique said he did not help with booking-in “a great deal”. By contrast, DCO Michael Holmes, who was working in reception when Mehmood arrived, told the inquest Saddiquewas there for “80 per cent of booking-in process”.

Roy Pritchard, a third Tascor DCO, told the inquest that Tahir Mehmood arrived at Pennine House around 3.30pm. Pritchard checked Mehmood’s documents and found the IS 91 R. Pritchard says he asked Saddique about the chest pains but was told it had been sorted out at Dallas Court. However, the paperwork was not shown to the Tascor Medical Services nurse who at that moment was examining Mehmood in an adjacent room.

The inquest heard differing accounts about Mehmood’s treatment on 26 July 2013, the day he died, particularly concerning the time it took for medical assistance to arrive, resuscitation techniques and defibrillators.

DCO Peter Bloor said that afternoon a detainee called ‘Abdul’ approached him with Mehmood and put his hands to his chest, saying Mehmood needed a nurse. Bloor called over the radio, but the nurse said she was busy and would come later. After around half an hour, the pair came back to Bloor and repeated their request for medical attention. Bloor’s witness statement recorded this second request as having taken place at roughly 2.30pm. The nurse told him to bring them downstairs to the healthcare room.

DCO Barry Clare was in the reception area, next to healthcare, and saw Mehmood go in to see the nurse. Clare said: “The nurse was with Mr Mehmood for quite a long time. Other detainees arrived to see the nurse. We put them in the visits room to wait. I went to tell the nurse. Mr Mehmood was lying on the bed. The nurse said his blood pressure was fine. He was facing the wall.” Senior coroner, Nigel Meadows, commented that this was “a very busy nurse”.

DCO Bloor was called back to collect Mehmood. The nurse said his blood pressure had stabilised. He had laid down for 15 to 20 minutes. She told him to go back upstairs and to lie down. Bloor said Mehmood nodded, and then he took him upstairs to the cells. When he reached the landing, Bloor told him to have a lie down, and Mehmood went to the toilet.

A short while later, an emergency call went out over the radios. Bloor rushed to room two, Mehmood’s cell: “He looked terrible. He was sweating profusely.”Tascor’s duty operations manager, Paul Crellin, also rushed to the scene. His job involves the “care and welfare of all detainees in the centre”, and the Coroner commented that “you are the boss”. Crellin saw Mehmood sitting on the bed with his back to the wall. “I touched his forehead. It was extremely hot and covered in beads of sweat. I was not sure if he was dead.”

Crellin told the coroner he had received basic CPR training from a three day general first aid course. “I looked for a pulse on the right hand side of his neck but there was nothing there that I could feel. I radioed saying it was a medical emergency. The nurse was already coming. We put him in the recovery position.” Then they put him on his back on the bed and began CPR, with Crellin doing the chest compressions.

Crellin said, “The course did not tell me what to do if someone is not breathing — I learnt ABC [Airway, Breathing, Circulation] but did not check his breath.”

Differing accounts of defibrillation and delay

Crellin said a defibrillator was not called for by the nurse and that it was only mentioned later, after external paramedics had arrived. “I went to get it when paramedics told me … I think it was after the second set of paramedics came”, he said.

The lawyer for the Mehmood family asked, “It was known that a defibrillator increased the chance of survival?” Crellin agreed that it was, but said it was not part of medical emergency radio code. It has since been incorporated, he added.

Ms Straw, the lawyer for Tascor Medical services, suggested that in fact another staff member had already got the defibrillator. Crellin acknowledged that whilst doing the chest compressions “I certainly would have had tunnel vision.”

DCO Linda Evans said she was with Paul Crellin when the emergency call was made and followed him to that fateful cell number two.  She says the nurse asked her to get the defibrillator and she ran for it. It was there before the first ambulance crew arrived. When she came back Crellin was doing CPR. DCO Bloor, who helped the paramedics bring their bags upstairs, also said he saw Crellin doing CPR when he came back to the room. However, Steven O’Reilly, a paramedic has previously told the inquest that “When we went in nobody was doing CPR and we started CPR straight away,” according to the Manchester Evening News.

Yesterday’s final witness, DCO Kevin Harvey, said he had discovered Mehmood in his cell earlier that afternoon when a detainee who could speak little English gestured to follow him into cell two, where Harvey saw Mehmood sat up against the wall with a fixed stare. Harvey made the ‘medical emergency’ call over the radio.

He said: “I saw the manager come out. Then the nurse. The nurse checked his pulse and breathing. She tried to take his blood pressure on his arm. We moved him over into the recovery position and positioned his neck so his airway was clear. Then we put him on his back. Then defibrillator was there before the paramedics arrived. The paramedics came in and placed him on the floor and used their own defibrillator and put a drip in his arm. Then a second crew arrived. They injected him with adrenaline several times.”

The Coroner queried why Mehmood was not already on the cell floor, given that CPR should be done on a hard surface rather than a mattress. Harvey acknowledged that the floor would have been better.

Pulished on 9 January 2015 by Phil Miller. Another version of this article was first published on openDemocracy