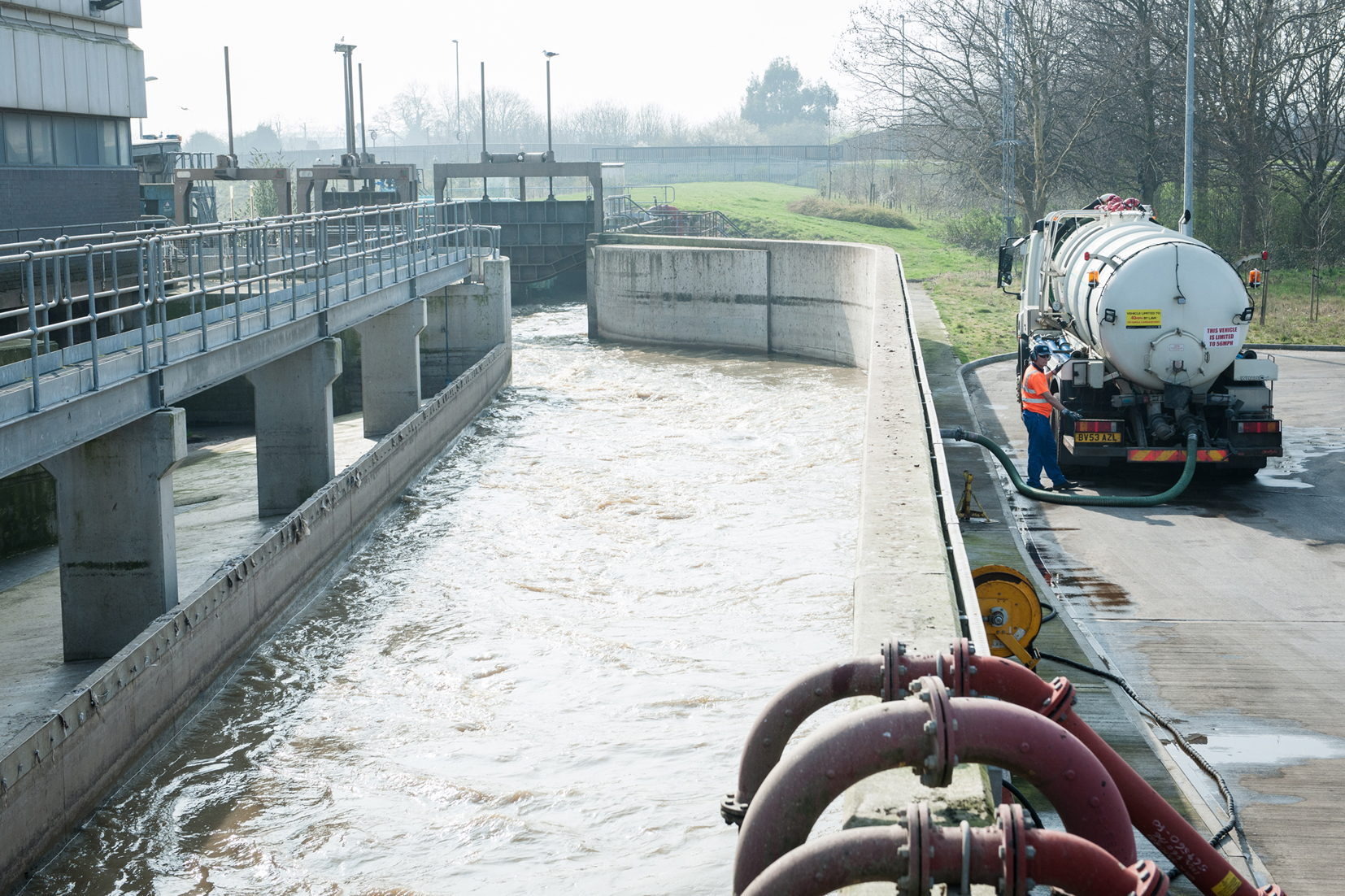 Severn Trent is the latest water company to be targeted for takeover by a motley group of investment funds. An analysis of their past deals reveals huge profits, meagre tax bills and a seemingly casual approach to ethical concerns. Once again public assets are turned into wealth for the few.

As more and more people struggle to pay their water bills, the financial world has been getting itself into a lather over the attempted takeover of Severn Trent, the company supplying water across the Midlands and parts of Wales, by an investment consortium called LongRiver Partners. Severn’s board has so far rejected two offers but financial commentators reckon LongRiver will keep coming back until they get what they want (they have until 11 June to make a final offer).

People living in the areas that Severn Trent is ‘serving’ haven’t been asked about any of this, and they’re not going to be. The decision rests with Severn Trent’s board and shareholders, not the eight million people they call “customers”. As the water supply is a captive market (odd, given that privatisation is generally meant to get rid of monopolies and increase competition) they have no choice over who profits from them each time they turn on their taps.

But should they be worried? LongRiver is an unimaginative front name for a grouping of three investment funds: Borealis Infrastructure Management, the Universities Superannuation Scheme  and the Kuwaiti Investment Office. Let’s look at each in turn.

Borealis, with its obscure name, central London office and slick website, at first glance looks like a typical investment fund, run to make some already-very-rich people even richer. But there’s a twist. It is actually owned by the Ontario Municipal Employees Retirement System, the pension fund for over 400,000 municipal workers of the Canadian province. Unfortunately its previous UK investments suggest it doesn’t take a public service ethos into its work.

In the last few years, Borealis has bought three other companies providing important services and infrastructure to various parts of the UK: Scotia Gas, which supplies gas to Scotland and parts of England, Associated British Ports, which owns and operates 21 ports in England, Scotland, and Wales, and HS1, which operates the rail link between London and the Channel Tunnel. Their accounts show Borealis and its fellow owners (different for each company) are using financial structures that means huge payouts for them, but meagre amounts for the public purse.

All three companies have borrowed huge amounts to finance investment – around £4 billion for each company. The exorbitant debt levels of water companies privately owned by investment funds have been criticised by a range of bodies, coincidentally including Severn Trent, which even wrote a report about it.

However, it is the identity of some of the lenders that should raise eyebrows highest in the case of Borealis’ three companies. Look further into their accounts and it turns out they have borrowed huge amounts from subsidiaries of Borealis and their other owners. Scotia Gas and HS1 each owe around £500 million, while Associated British Ports owes over £2 billion. And the interest rates on these loans are far higher – between 10 and 12% – than they are paying to banks or other third parties for the rest of their debt.

The interest payments – around £70m for Scotia and HS1 in 2012, and £255m for Associated British Ports – on these loans help to slash, and sometimes completely wipe out, the companies’ taxable UK profits. Their corporation tax bills are therefore significantly reduced – and sometimes non-existent – while the interest is accrued annually to Borealis and the other owners whether or not the company has had a good year. This isn’t the only way to invest – Borealis and co could have put the money into the company as equity, and received dividends instead of interest. But dividends are paid after a company has been taxed, so do nothing to reduce that bill.

It gets trickier. If Borealis was lending from its home in Canada, HMRC would keep 10% of the interest payments through what is called “withholding tax”. But the loans have been made through the Channel Islands Stock Exchange. Thanks to a loophole HMRC knows about but refuses to close (called the “quoted Eurobond exemption”), no tax is withheld.

Perhaps unsurprisingly, this type of financing is already popular in the water industry. A Corporate Watch investigation earlier this year found seven companies are using this loophole. It is popular with a range of companies, from private healthcare company Spire to Classic FM owners Global Radio. But the most dispiriting thing about all may be that it is being done to ensure service workers in another part of the world can have as comfortable a retirement as possible.

Which leads us onto the Universities Superannuation Scheme. As its name suggests, it too is a pension fund, for university staff across the UK. The USS describes itself as an “active and responsible” investor that will take “material corporate, governance, social, ethical and environmental issues” into account when making investment decisions.

Its track record though, doesn’t provide much hope for the people who may soon be relying on it for their water supply. Its investment portfolio contains a range of companies not generally known for their social, ethical or environmental principles. Oil giants Shell and BP, currently under investigation for oil and petrol price fixing, to add to their other various misdeeds, are both in the top five, as is HSBC, itself being investigated for money laundering. There’s also Vodafone, which could teach even Borealis a thing or two about tax bills, arms company BAE, British American Tobacco and notorious mining giants BHP Billiton and Rio Tinto. The USS has also been criticised for its investments in companies profiting from illegal Israeli settlements in Palestine, for example Astom, a French company involved in the construction of a light railway in occupied East Jerusalem (see here for more details).

And don’t hold out too much hope that the Kuwait Investment Office, a sovereign wealth fund set up with the country’s oil revenues, will be keen to ensure water drinkers get a good deal. The fund’s managers may have first met their USS counterparts at the BP AGM, where they are a major shareholder. The fund also has a hugely valuable property portfolio, especially in the City of London, and bought sizeable stakes in both Citigroup and Merril Lynch when the credit crunch first hit, later selling its Citigroup stock for a tidy profit two years later.

So things aren’t looking good for Severn Trent “customers”. But are they that good anyway? The company’s shares are currently traded ‘publicly’ on the stock exchange, and a lot is being made in the press of the difference between the listed water companies and those owned by consortia like LongRiver, with massive debt and tax avoidance schemes more popular with the latter (download an ownership table here). But the similarities are greater than the differences.

It’s true that Severn Trent’s bills are lower than many of their peers, but they’re still pretty damn high – £311 a year is a lot to be paying for water. Bills have increased by 50% in real terms since privatisation in 1989. A parliamentary briefing released last month estimated 23% of households across England and Wales “now spend more than 3% of their income on water and sewerage bills” and suggested water bills “might not be affordable for a large number of people”.

Rising bills – approved by the government regulator OFWAT – are justified as necessary for  investment in creaking infrastructure. But the money is also going to satisfy shareholders’ demand for a return. Severn Trent paid out dividends of almost £160m in 2012 and has said they will be higher this year. There’s a reason its current management are holding out for more than a 16% premium on its current share value: they know guaranteed rising prices for monopoly control of a resource everyone needs is a deal they can charge extra for.

Add to this chief executive Tony Wray’s £1 million remuneration in 2012 – the second highest of all the water companies – and the £300 million it paid in interest on its £4bn of borrowings in 2012 and the investment figures start to look less impressive (there are no Borealis-style related party loans, but their banks and bondholders are charging them around 6% on average). And Severn Trent’s public listing hasn’t kept it scandal free. It had to pay a record £36m fine and promise to cut customer bills in 2008 after orchestrating what the Independent newspaper called “one of the largest customer overcharging scandals ever perpetrated in the UK”. It was fined £2m in the same year for falsifying leakage data.

So perhaps the choice we should be talking about is not private or publicly-listed, but private or public. Earlier this year, Corporate Watch calculated that £2 billion a year could be saved – or £80 per household – if the water supply was in public ownership. The government can borrow much cheaper than the companies and there would be no private shareholders demanding their dividends (see here for the full piece).

This isn’t to say that a public supply would automatically work well – the pre-privatisation supply was criticised for under-investing and lack of accountability – but there are many examples from around the world of water supplies being run more efficiently and democratically when public (see a short video on this here). And there’s certainly no shortage of examples from around the world of privatisation failing to provide a decent or equitable service,*. England’s water supply**, currently, is one of the them.

** Scotland, Northern Ireland and the rest of Wales have public or not-for-profit supplies.

This article was originally published on Open Democracy, here.

The next issue of the Corporate Watch magazine, due out next month, is on investment. Check the website for details.