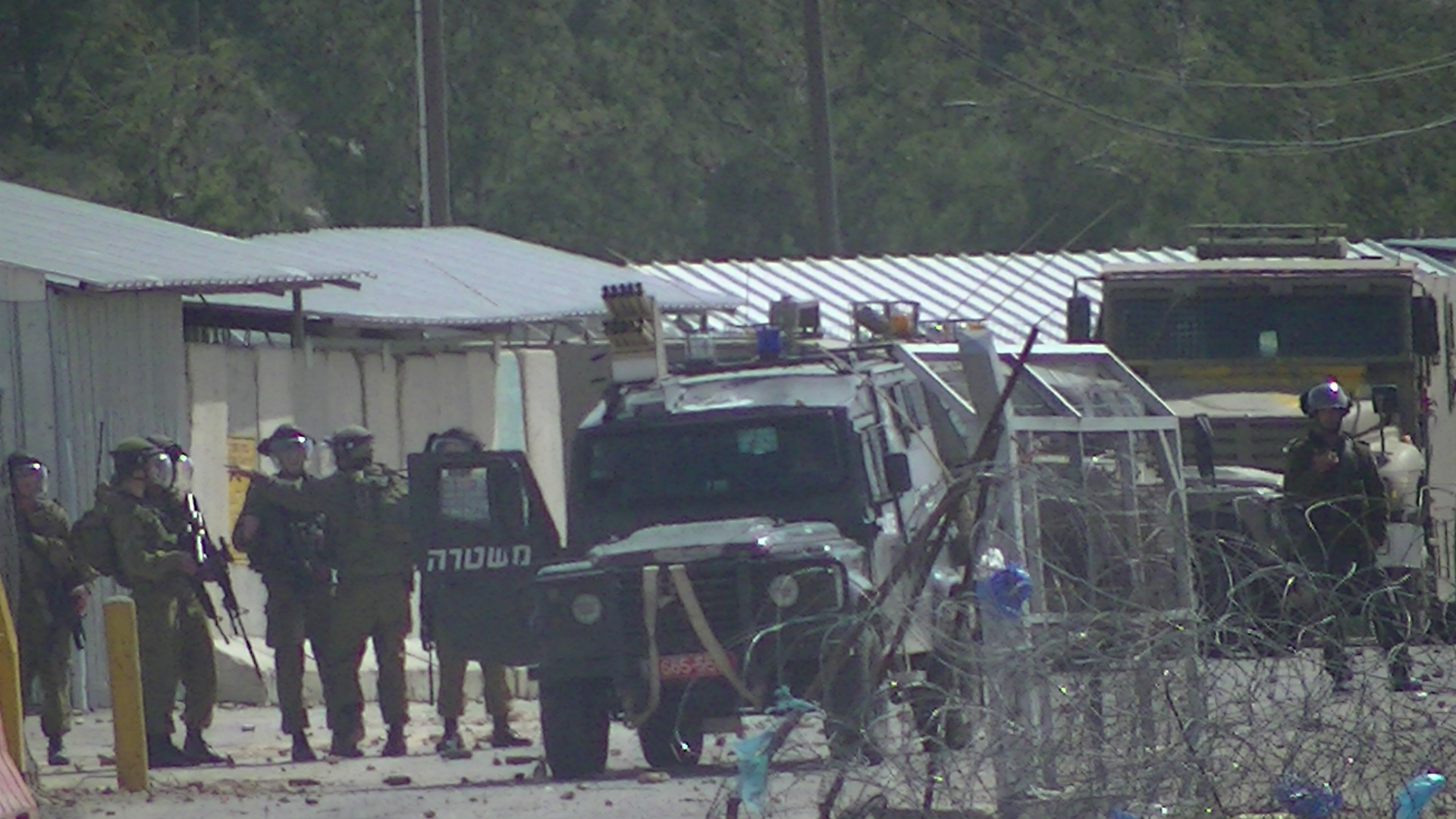 We met 44 year old Mahmoud Mustapha Saleh Badaweh in Gaza City in November 2013 to speak to him about his time in the Israeli prison system. Mahmoud is from the West Bank but had been prevented from returning there since his release from prison in 2011.

Mahmoud had been arrested on the 28th October 1992, he spent 22 years in prison for carrying out what he described as “military operations” as part of a Hamas unit. Mahmoud jokes that his time in prison was just “small change”

His arrest took place near Qalqillya in the West Bank, however after a period of interrogation he was transferred to a prison inside the 1948 borders of Israel. The transfer of Palestinians arrested in the West Bank and Gaza into the Israeli prison system is in violation of articles 76, 66 and 49 of the Fourth Geneva Convention. The companies providing equipment to the Israeli Prison ‘Service’ are complicit in these breaches.

Mahmoud tells us that he was imprisoned in Junaid, Beer Sheva, Ramla, Ashkelon, Nufha, Ramon and Ketziot prisons.

According to Mahmoud, the Israeli prison services raid prisoners cells armed with “tasers, rifles, pepper spray and flame-throwers.” He often saw these weapons being used against the prisoners.

He was one of over a thousand prisoners released in exchange for captured Israeli soldier Gilad Shalit. Mahmoud tells us that of the 1027 people released in the exchange, 145 people were restricted from returning to their homes in the West Bank.

Before his release, Mahmoud was transferred to Ketziot prison in the Naqab, where G4S is known to provide services. He was told to sign papers promising not to affect the security of Israel. He was released into the Gaza Strip. According to Mahmoud, there was no option for him to be released to the West Bank, where his family live: “I did not have a choice about where I would be released to. If I didn’t agree to go to Gaza I would have had to remain in jail”.

Mahmoud is from the village of Habla in the West Bank and has a large family there. On his release from prison he was banned from the West Bank for three years. As a result he was unable to see his brothers, who were prevented from leaving the West Bank to go and see him because of Israeli border restrictions.

Mahmoud has married since his release from prison. He told us that he was “hopeful that now he will be able to return to the West Bank with his family.”