Home
/
Arms Trade
/
‘They stole my childhood’: The trauma of being a Kurdish child in the 1990s in Turkey 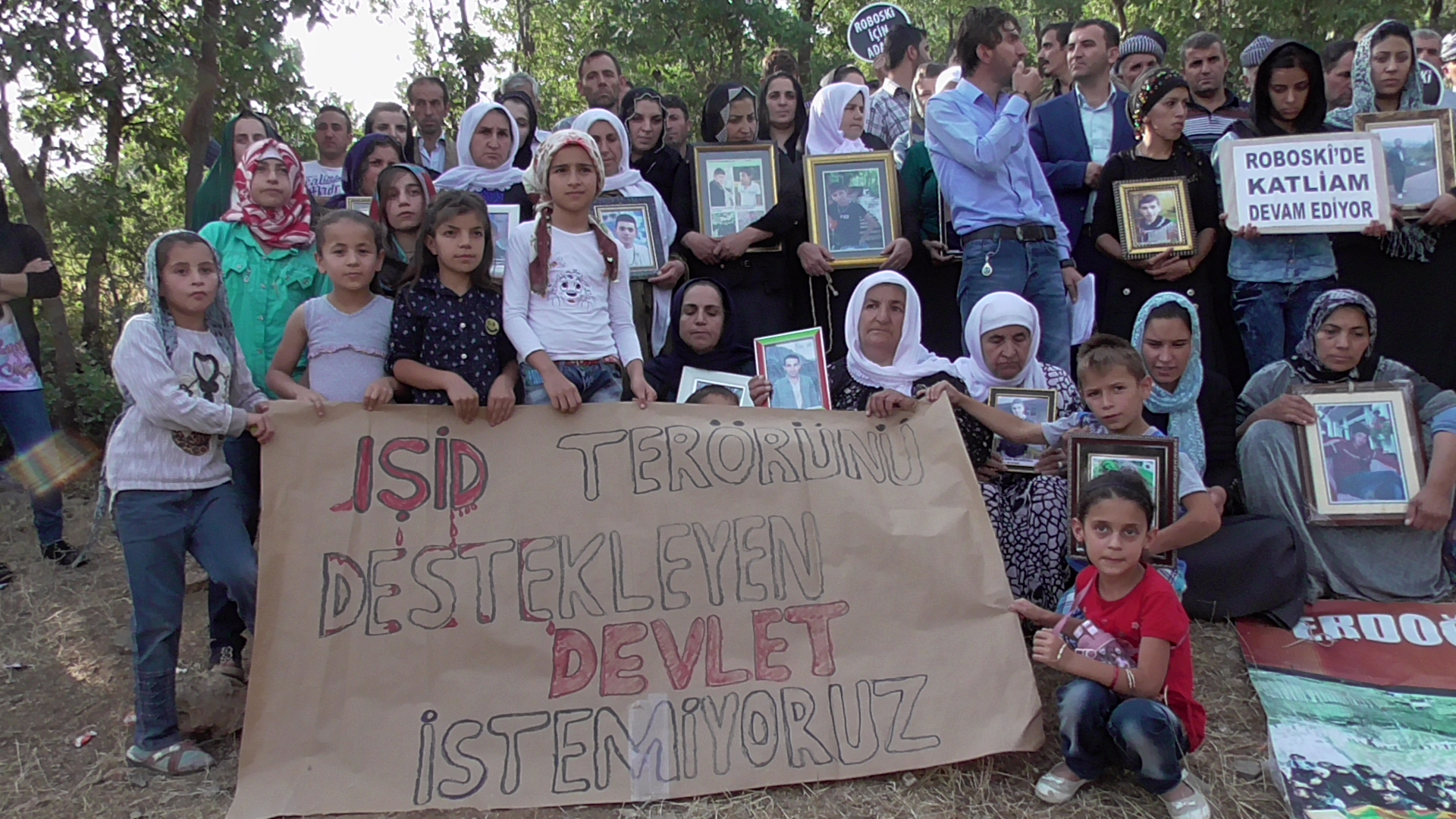 Lead photo caption: Children attending a demonstation in the cemetery in Roboski to commemorate those killed in the 2011 Roboski massacre, July 2015

Turkey’s latest attacks on its Kurdish population follow on from decades of repression and ethnic cleansing by the state of Turkey, its military and its police. In the 1990s, more than 3,000 villages in the Kurdish countryside were destroyed and effectively wiped from existence. The Kurdish population were uprooted from their land, and many were forced to migrate to the cities. Roughly three million people had to flee their homes. Thousands of people were also killed and many disappeared. The aim of burning down the villages was to assimilate the Kurdish population, in an attempt to erase their culture, their language, and their identities.

Today, Various Kurdish cities have declared themselves autonomous of the state, and many of those involved in these movements for autonomy are the same people who were forced from their villages in the 1990s, or their daughters and sons. The police and military are currently waging a bloody war against this movement.

Last year, Corporate Watch visited the village of Roboski and its surrounding areas. We interviewed Botan Şanstêrk*, who talked to us about the trauma of being a Kurdish child in the 1990s. Botan spoke quietly and emotionally to us. A lifetime of grief was evident on his face and in his voice.

Botan is calling for a boycott of tourism in Turkey and for demonstrations against Turkish Airlines. For more info on the tourism boycott see here.

CW: Where were you born?
“I was born in Eski [Old] Hilal in 1985. There were about 6000 people living in Eski Hilal at that time, and 800 houses. The nature was really green and there was lots of fresh water. The town had a revolutionary soul; it had been burnt down seven times during the Ottoman era because the town was against Ottoman rule. In the old days, Armenians and Assyrians also lived in this area.” 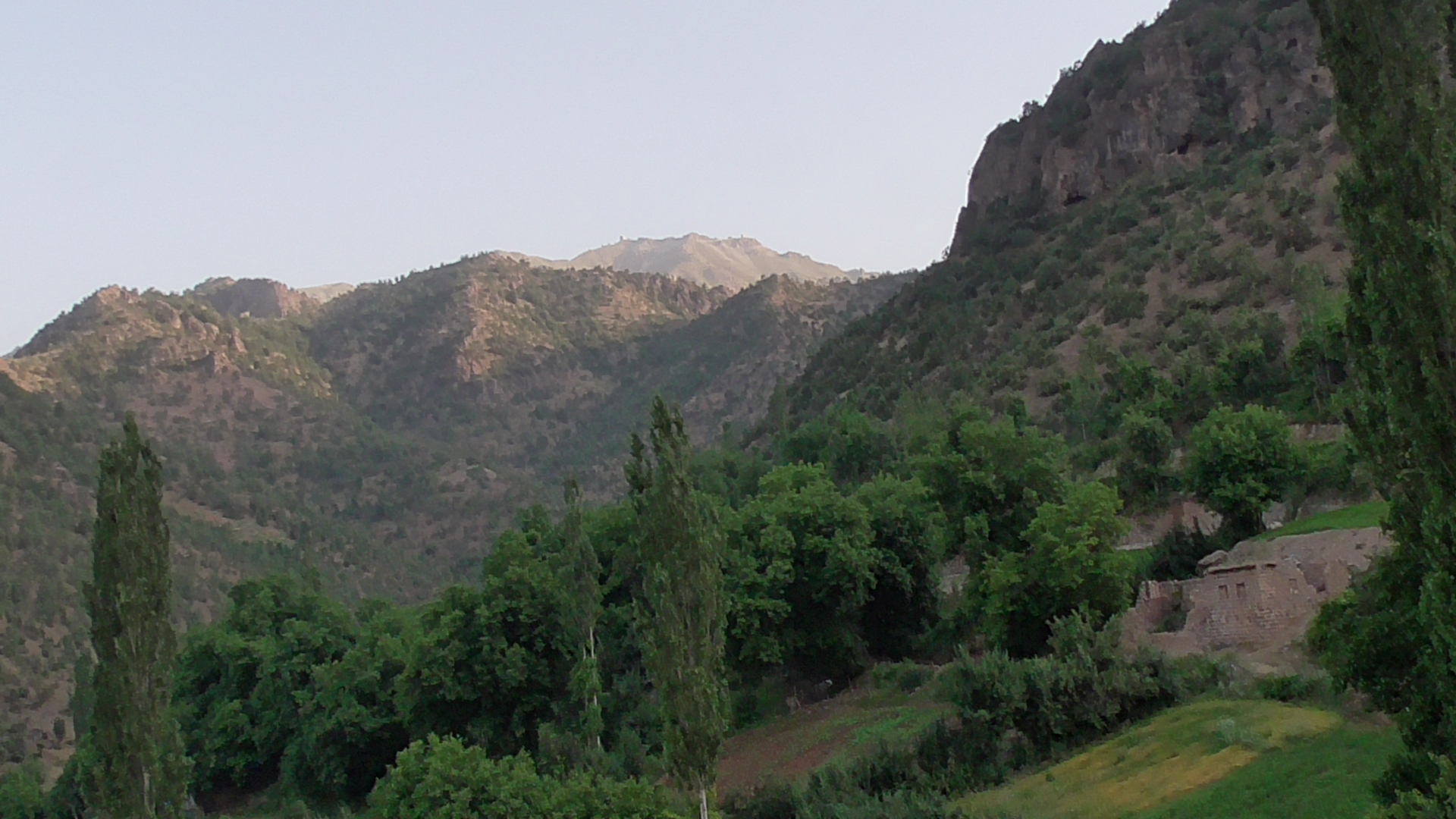 Photo caption: A deserted village close to Roboski, which was forcibly depopulated by the Turkish military in the 1990s

When I was a child, the military took people away all the time, even at night. They often took people to the military base. Villagers were put into prison for three or four years for wearing the puşi [Kurdish headscarf].

When I was 1 or 2 years old the military took women and men to an open area of land and they tortured the men to force them to become rangers [a paramilitary organisation made up of Kurdish villagers, which worked alongside the Turkish military, also known as ‘village guards’].

Most of the bad treatment happened in my village between 1992 and 1994. The mayor of the town went missing. They killed him in a car and then set the car on fire. The state did it but no-one was prosecuted. Later on, a military officer wrote a book and gave the names of the killers. The state killed three of my relatives during this time.

When I was about 8 years old, in 1993, the military told us that they were going to demolish our homes. I saw the army taking our furniture from our house and burning it. My mother saw the soldiers with my school bag and told them not to burn it. They burnt it anyway, with my school books in. When the military were leaving, they killed our animals and demolished some of our houses. We needed to find safe places to stay, so we stayed at camps near the village.

After the military left, the government banned food from coming to us. For eleven months they put an embargo on our village and the school and health centre closed down. We had to walk 5km to a school in another village – 10km per day, which was tough for someone so small. When I was at school, I was beaten and punished by the Turkish state teachers because I couldn’t pronounce Turkish correctly.

The military came back in the Spring. They put everyone in one big area. They told us that we had to leave the village by September. They said that if we didn’t leave, they would burn down the village. They said, “If you are Kurdish, we will take you to the border of Iraq and you have to leave. If you say that you are Turkish you can settle down all around Turkey.” They also said that we had to speak Turkish, and not Kurdish, at home.

In 1994, a few thousand villagers left for South [Iraqi] Kurdistan. They went to eight different camps. My mother’s brothers went and my brother followed later.

I moved to Yeni [New] Hilal with my parents, on the main road. We built this new village ourselves. The government assisted us because we declared that we were Turkish. But then they cut the financial help, so we had to sell our animals. The army moved us to Yeni Hilal because they wanted to divide us and make us less strong. They wanted to control us and they could do this better from the new location.

In 1995, when I was ten years old, the military took my father to an army base. They hung him by his arms for fifteen days. He was the head of an extended family. They were trying to force him to give people’s names so that the military could force people to become rangers. My father said that he wouldn’t give anyone’s name, and that he would never become a ranger. They threatened to kill him. Some people voluntarily came from the family and gave their names so that he would be released.

When I was 11 or 12 years old, my older brother refused to do military service. The military put a landmine in our garden and my brother died. My other brother was taken to the military by force.  He had to go to Isparta for 18 months.

During this period, it was worst for the children because they stole our childhood. After school time, military officers would come and teach us about how great it was to be a Turk. They tried to brainwash us at school too.

We had to have guns in our houses to protect ourselves. My sister was doing cleaning and she accidentally shot herself. She died at 17 years old.

The Hilal people were always against assimilation. We saw how people were treated by the government and so some of the village became [PKK] guerillas. My schoolmate joined the guerillas after his brother was killed. Roughly 800 people from our village have become guerillas in the 30 years that the PKK has existed.”

CW: What is daily life like now?
“When the state kills people in the villages they say it was the PKK. They then give one relative from the dead person’s family a government job. They want to assimilate us economically. There’s not many jobs here so the only solution is to become a ranger.

We see the military bases every day. This is a form of violence against us and they make me uncomfortable. The army doesn’t drive along our road much. They use the other side of the river, but I hear helicopters often. I woke up to the sound of them a couple of days ago and I thought that something was happening again. It reminds me of those days in the 90s and of the childhood I didn’t have.” 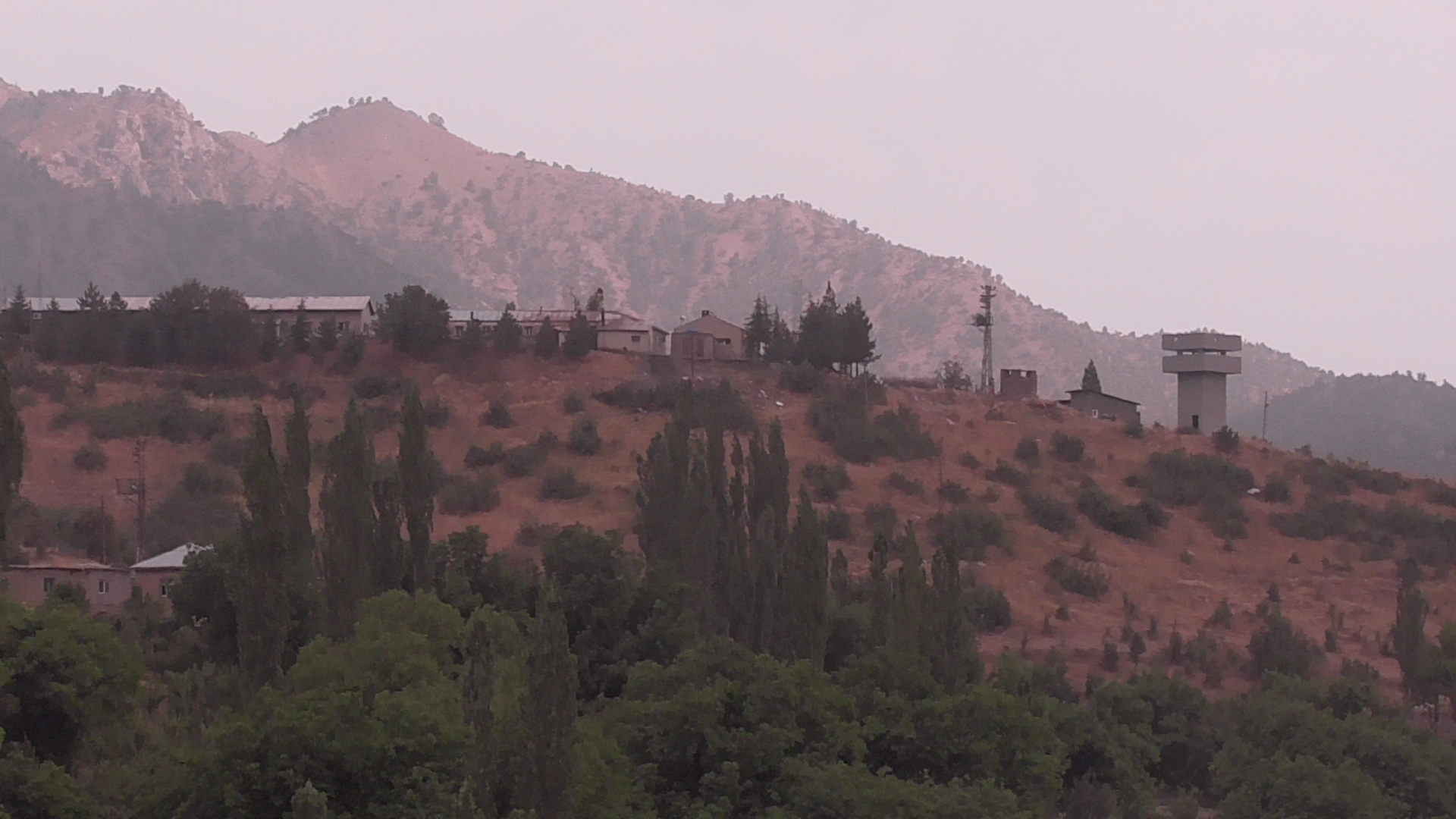 Photo Caption: The mlitary base overlooing the Kurdish village of Roboski

When the military carried out the massacre, they thought that no-one would speak out about it. But three villages have come together and they’re doing regular demonstrations.

It has become the culture of the state to massacre nature, humans and animals. If there was a forest fire in central and western Turkey, the government would try everything to put the fire out. Here in Kurdistan, the military try everything to destroy the people, the nature, the animals.

Twenty years ago we had forests and animals. But they burnt the forests and killed the animals. Our historical places are the same. They’re destroying them as well, along with the old Armenian and Assyrian churches.

The state has a big hatred for Kurdish people and Kurdish places. They want to flood Hasankeyf and the surrounding villages [The state-approved Ilısu Dam will displace up to 78,000 people of mostly Kurdish ethnicity when it is completed, and flood the ancient town of Hasankeyf]. Rojava [the autonomous mostly-Kurdish region in northern Syria] is another example of the state’s hatred. If Kurdish people outside of Turkey want something for themselves, if they want their freedom, the Turkish state is not happy about it.”

CW: You have suffered throughout your life due to the weapons used by the Turkish military. What do you think of the companies making the weapons?
“I don’t want weapons produced if they are to be used in Kurdistan. I would prefer them to produce pens. I’d prefer that the blue of the pen flows rather than the red of the blood. If someone helps to make these weapons, they are responsible for what happens.”

CW: Do you think people should take action against the sale and export of weapons to Turkey?
“It would be great if people tried to take action to stop this.”

CW: What else do you think people outside of Kurdistan can do in solidarity?
“If I were a tourist I wouldn’t come to this country. People can protest against Turkish Airlines, for example. This is a state airline. People can boycott and protest against state products and companies, not the civilian ones. I think this can have an effect. Journalists and activists can also write about the situation here.”

What you can do

Campaign for a boycott of tourism in Turkey until the violence against Kurdish people ends.

– Join the demonstration against French arms company Thales’ factory in Crawley on 8 April. Thales are an exporter of arms to Turkey.

– There will also be a demonstration organised by Palestine solidarity activists against Elbit in Shenstone in the West Midlands on 8 April. Elbit also supply weapons to Turkey.

– Stop the Arms Fair are planning to pose some tricky questions to the annual general meeting of UK arms company, BAE Systems. Contact research(at)caat.org.uk to request a proxy share if you would like to attend. BAE have repeatedly applied for export licenses for the sale of weapons to Turkey.

To find out more about campaigns in support of the Kurdish movement for autonomy, go to http://peaceinkurdistancampaign.com/

*We have used a pseudonym, at the interviewees request.