Peabody Housing is one of the UK’s biggest landlords. After its 2017 merger with Family Mosaic housing association, it now owns and manages over 55,000 properties in London and the South East. And it’s about to grow to 65,000 by swallowing another landlord, Town and Country Housing Group (TCHG).

Its roots go back to the 1860s, when it was set up as a charitable trust to provide housing for the poor. But nowadays, it is no longer accurate to call Peabody a “social landlord”. Although technically still a charity, it has become a big development business. Its mission is to grow ever bigger, with 3,300 new homes a year. But only a third of these new properties are for “low rent” (see below). Instead, Peabody is rapidly expanding as a developer of properties to sell or rent at market rates.

The rhetoric is that private sales are used to subsidise “social” rents. The truth is more the other way round: Peabody actually makes a 35% profit on its affordable housing, more than it gets on market sales. And as the company grows, its bosses are making handsome salaries along the way.

It’s often said that Peabody is “non profit making”. In a narrow sense, this is true. Peabody is a registered charity, and it has no shareholders to pay out dividends to. Instead of a “profit”, Peabody talks on its website of “profit/surplus”: this is the income it clears from its revenues after paying its costs. As there are no shareholders, this money goes back into growing the business.

But what is the business it’s growing? Certainly not just “social and affordable housing”. In its Annual Report, Peabody makes clear that just one third of its new flats should be “low rent”. Another third is targeted as “shared ownership”, with the final third for private sale or rent at market rates.

Meanwhile, some people are certainly making good money out of Peabody. They include:

Investors. Peabody doesn’t have shareholders but it does have investors. As it can’t raise money through selling shares, it issues large amounts of bonds. Banks and investment funds buy these, looking to make a healthy profit. Peabody is looking to raise another £1 billion from debt investors in the next three years, seriously increasing its debt levels. Despite this, Peabody still has a strong “A” grade credit rating from the bond rating agencies. This is largely because they see it as “too big to fail” – that is, if Peabody did go bust it would likely be bailed out by the government.

Managers. Peabody bosses are paid well. In many ways charities are less transparent than big profit-making companies, and Peabody doesn’t give full details of its bosses’ pay and bonus packages. Its Annual Report does declare that one manager (presumably the chief executive) earns over £300,000. Seven others earn between £200,000 and £300,000. Another 44 earn between £100,000 and £200,000.

Partners and revolving doors. As it moves into the private business world, Peabody increasingly works in “joint ventures” with other developers who do pay out to shareholders. For example, in the Deptford Tidemill development it is in partnership with Mulalley and Sherrygreen.

In general, councils, housing associations and private developers are moving ever closer together. This also means a growing culture of “revolving doors”, in which managers may often switch jobs between sectors. Many Peabody executives are likely to move into the even better paid private sector at some point, making use of the connections they’ve grown through “partnership” working.

NB: Peabody is by no means the only landlord treading the path from social landlord to big property business. See our 2017 report on Hyde Housing for another blatant example.

Housing associations often argue they need to build market developments to subsidise their “affordable” housing. Peabody’s accounts show how this is a myth.

Peabody had a turnover of £609 million in the last year; its profit (or “surplus”) after paying interest to investors was £175 million. That is a profit margin of 29%, massive for any business. And as a charity, Peabody can keep even more of that money, as it doesn’t have to pay corporation tax.

What’s perhaps surprising, though, is where that surplus comes from. Well over half the group’s revenue came from “social housing lettings” – £365 million. And the cost of those “social” lettings was only £250 million – leaving £115 million surplus. That’s the bulk of Peabody’s overall surplus, and means a 32% profit rate just on the “social” part of the business. In fact private sales only brought in £36 million surplus, at a 27% profit rate on £135 million revenue.

In short: it’s far from true that private sales are needed to subsidise affordable rents. On the contrary, Peabody’s “social lettings” more than cover their own costs. Actually, they’re the most profitable part of the whole business!

As we will see next, one part of the reason for that is that many of Peabody’s “low rents” are actually much higher than rents in council housing.

What does “low rent” mean, exactly? Peabody’s annual reports or strategy documents do not provide any clear breakdown of its rent levels, but just use a mix of vague terminology – “low rent”, “social rent”, “affordable rent”.

We do know that currently, 4,000 of Peabody’s homes are at “affordable rent” – which it sets at around 65% of market rate. Peabody has said that in future it will move new tenancies in these homes to the “London Affordable Rent” level set by the Mayor. This is also the level the Tidemill homes will be on. It is well above Lewisham council rent.

Other Peabody homes are on lower “social rent”. Peabody does not give much detail on numbers or rent levels, but does say in its Annual Report that the average weekly rent is £120. Lewisham Council’s average rent in 2017/18 was set at £96.61 per week. In short, Peabody “social” rents on average are over 20% higher than Lewisham council rents.

This alone may explain a lot of why it makes a 32% surplus on its “low rent” housing! 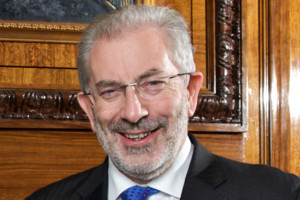 The chairman of Peabody is a big figure, Lord (Bob) Kerslake. He was a top bureaucrat until 2014, finishing as overall head of the civil service. Also chair of the Local Government Association, he is extremely well connected with civil servants and politicians from all parties, at both national and local level. (This may go some way to explain why Lewisham councillors seem so anxious not to upset Peabody by rethinking the Tidemill development). Kerslake also chairs an Essex regeneration company called “Be First”.

Kerslake is also a close associate of the think tank Institute for Public Policy Research (IPPR), which employs Lewisham councillor Joe Dromey.  Amongst other collaborations with Dromey’s think tank, Kerslake is a commissioner on the IPPR’s “Commission for Economic Justice“.

Chief executive Brendan Sarsfield has been a housing manager his whole career, and was chief exec of Family Mosaic before the merger. He claims that “within the new Peabody I’d like us to become better listeners to residents and communities and have our plans built around what they say rather than ourselves.” But so far he hasn’t included the residents of Reginald Road or Deptford in this.

The rest of the board is a fair reflection of the world of housing associations today, where politicians and officials rub shoulders with big business. Unsurprisingly, a number of board members come from major for-profit developers. David Harvey is a managing director at the global building corporation John Laing Group PLC. Jennie Daly is group operations director of Taylor Wimpey, the FTSE 100 listed housing developer. Peter Vernon is executive director at the Grosvenor Group, i.e., the Duke of Westminster’s property empire.

Alongside these sit people like Cath Shaw, deputy chief executive of the London Borough of Barnet. There she “commissions the Council’s housing growth and regeneration programmes”.

A few token resident board members make up the numbers. It is not yet clear what are their views on the Tidemill scheme. 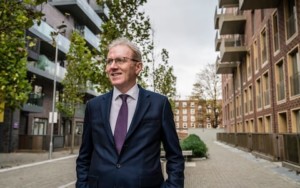 In January 2018, a group of former Family Mosaic tenants in Hackney set up a campaigning group called “Peabody Family Voice”, as their landlord was being taken over by Peabody. Other Peabody tenants have since joined in from across London.

According to PFV, Peabody has strayed far from its original mandate as a social housing provider – and the problems are getting worse as the landlord gets bigger and bigger. The tenants say: “Our housing associations have become too large, staff are inaccessible and their morale is low.”

They complain that remote call centres and big building contractors have replaced local neighbourhood officers and repair teams. They call for “localisation and decentralisation” – as well “no building of houses for sale and commercial rent, and no collection of data about tenants’ income or immigration status.”

Please get in touch if you have any information about Peabody and its involvement in Tidemill or other developments. All information will be treated confidentially. Email us on contact(at)corporatewatch.org. You can also contact us using PGP encrypted email or through our secure contact form.