As Deptford residents rally against the destruction of Tidemill community gardens and Reginald House, their elected councillors have dug in their heels, insisting “There Is No Alternative”. According to these Labour councillors, the only way to build new “affordable” homes is to collaborate with private developers and lose one more of Deptford’s scarce green spaces. (See factsheet on the Tidemill scheme).

They are all Labour councillors. Officially, Lewisham Labour party has clear manifesto policies not to hand public land to private developers, and to hold tenant ballots “on any estate regeneration scheme that includes replacing existing homes”. These policies don’t seem to count at Tidemill. And looking to the bigger picture, these Labour councillors have cooperated with the massive transformation of the area by rampant private development, the social and racial cleansing of Deptford and Lewisham.

Here’s one basic but essential factor: none of these councillors are council tenants themselves. In fact, all of them are property owners. And they are all middle class professionals with well paid jobs. They talk about the need for “affordable housing” for local working class people. But none of them feel this need themselves.

We can get the following information from the Register of Interests published on the council website, and from the Land Registry website:

These councillors claim to “represent” the needs of working class people on the waiting list for council housing in the borough. But their own positions and interests are actually very different. They are all sitting secure as property owners, and indeed even accumulating wealth as gentrification pushes house prices ever higher.

Nor are councillors “representative” of Deptford residents in other respects. Deptford, and Lewisham generally, is one of the most impoverished parts of London, with incomes well below the average. New Cross ward in particular is one of two noted by Voluntary Action Lewisham as having a particular concentration of “deprivation”. It is no coincidence that Lewisham is also extremely diverse, with 46% of residents “of black and ethnic minority heritage” – rising to 76% amongst school children.

Lewisham councillors, on the hand, are well off – and also overwhelmingly white. One of the five councillors pushing the Tidemill scheme, Brenda Dacres, is a black woman. The other four are all white, middle class, professional men. 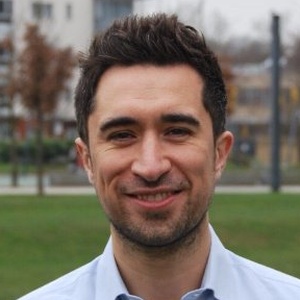 Damien Egan, as full-time mayor of Lewisham, takes home a comfortable salary. The exact amount isn’t yet published on the council’s website, but the previous mayor in 2017 was paid £77,722.

Cabinet members like Paul Bell and Joe Dromey get an “allowance” of £25,110 (NB: as Dromey’s cabinet post is a job share, he presumably won’t take the full amount). But this is just to top up their day jobs. Both men have very comfortable and well paid jobs at the heart of the Labour party establishment. 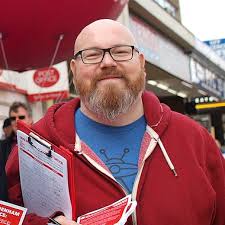 Paul Bell is a National Officer at the trade union Unison, one of the Labour Party’s main funders. Unison also has stated policies against the loss of council housing and estate demolitions without a ballot. This doesn’t appear to stop Bell fully backing the Tidemill scheme.

The starting salary for a Unison national officer in 2017 was £47,855 – not including pension and other perks, which are extremely generous for full-time union officials. Having been in post for a while, Bell’s salary is no doubt higher. With his council allowances on top of this, we would expect him to be making at least £80,000 a year at the minimum.

Joe Dromey works as a senior research fellow for another part of the Labour party establishment: the think tank Institute for Public Policy Research (IPPR). A recent job at this grade was advertised at £36,901 – £45,584 “plus benefits”. Again, Dromey will add his councillor and cabinet allowances onto that, perhaps taking home £60,000 or more. Dromey doesn’t seem to see any irony in making a career researching income inequality while earning far more than most of his constituents.

At 34 years old, Dromey is just starting out in his career. One of the so-called “red princes” of the Labour elite, he is the son of Harriet Harman, Labour MP and former cabinet minister, and Jack Dromey, Labour MP and current shadow cabinet minister. (Dromey senior is also well known as a former top official at the trade union Unite.) As a child, he was already in the spotlight when his parents publicly defended their decision to send him to a grammar school. After becoming a councillor just this May, Dromey is already in the cabinet.

This is likely to be just a small step towards following his parents onto the big stage of national politics. Dromey quickly announced his intention to stand for the Lewisham East parliamentary by-election in May 2018. This probably proved too controversial amidst calls for more female and black MPs, and an all female shortlist was imposed. But few would bet against Dromey finding his way to another safe seat soon enough. Supposing, that is, his role in Tidemill doesn’t come to haunt him. 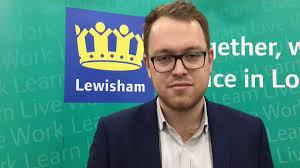 A close associate of Dromey’s employer the IPPR is Lord Bob Kerslake, chairman of Peabody — the landlord lined up as part of the joint venture that will take over the Tidemill site. Amongst other collaborations with Dromey’s think tank, Kerslake is a commissioner on the IPPR’s “Commission for Economic Justice“.

Bell and Dromey are sitting members of the “aristocracy of Labour”. Paul Maslin, on the other hand, is the private sector entrepreneur of the bunch. Maslin was one of two partners who opened the Hales art gallery on Deptford High Street way back in 1992. Since then, the gallery has moved to Shoreditch and opened a second branch in New York. 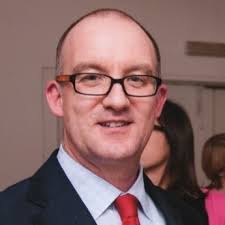 As well as being of a different economic class to their voters, Lewisham Labour councillors are also distanced in terms of their racial background. In a borough that is one of the most diverse anywhere in the UK, and has a particularly strong black community, the large majority of councillors are white. This is even clearer at the senior ranks: Brenda Dacres is the only person of colour in the cabinet.

Lewisham Council is not as obviously rotten as some other London Labour boroughs.

Lewisham does not have a leader like Southwark council’s Peter John – known for accepting dozens of personal gifts from big developers like Berkeley Homes and Peabody. Lewisham has not reached the depths of Haringey’s infamous previous administration under leader Claire Kober, which was toppled by a residents’ campaign after they tried to give away billions worth of local assets to global developer Lendlease.

But, like those councils, Lewisham Labour shares a deeper problem which goes beyond headline-grabbing abuses. It is dominated by an elite of middle class professionals and property owners.

No doubt, local councillors across London have a range of motivations for supporting schemes with private developers. Even if some are following personal self-interest, they may still genuinely believe they are doing good. Whatever is the case with Tidemill, the fact remains that these politicians’ lives and interests are miles away from most people in Deptford. Yet they feel fully entitled to make decisions on the behalf of working class residents.

Having got themselves into safe Labour council seats, they feel secure and complacent in the knowledge that their voices count. While those of the tenants in Reginald Road, whose homes are actually on the line, do not.

Please get in touch if you have any information about Lewisham councillors or council officers and their relationship to the Peabody-Mullaley-Sherrygreen development venture. All information will be treated confidentially. Email us on contact(at)corporatewatch.org. You can also contact us using PGP encrypted email or through our secure contact form. 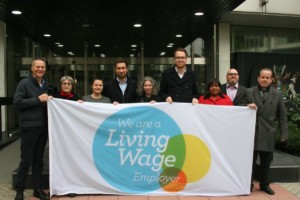