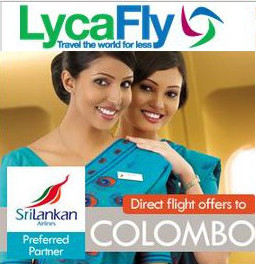 Lycamobile is a major Tory party donor and gold sponsor of the Commonwealth Business Forum, a three-day jamboree happening now in Colombo, where the Sri Lankan government hope to attract $2bn of foreign investment ahead of David Cameron’s controversial visit on Friday.

President Rajapaksa’s family is accused of cronyism for their control over extensive parts of the country’s economy and public positions, including airlines, hotels, banks and defence companies.

In 2007, the Madeira-based Hastings Trading e Serviços Lda, a company related to the Lyca Group, bought a 95% share in a dormant firm registered with Rajapaksa’s nephew. The firm then got a license to operate cutting-edge wireless broadband frequencies on the island, forcing the state telecom company (which was refused the license) to merge at a cost of $100m, according to reports in the Sunday Leader newspaper at the time.

Lycafly, Lycamobile and Lycatel did not respond to Corporate Watch’s requests for comment.