Home
/
Banking & Finance
/
Will Blackrock save the planet? Probably not 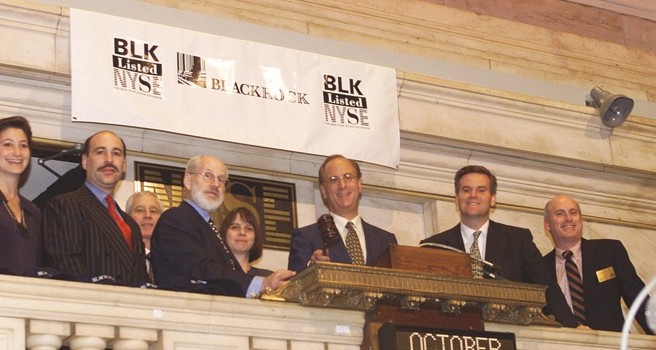 Dubbed a “vast money machine”, Blackrock has made a lot of people very rich, most obviously its founder Larry Fink, who earlier this year joined the billionaire’s club.

Now the world’s biggest investment fund says it has found a new passion: saving the planet. Yesterday Fink announced plans for his firm to lead the way in “sustainable investing”, by putting more money into businesses that live up to certain environmental or social standards. The twist is that the New York-based firm reckons it can do this and continue to make the returns its investors expect.

So is this a genuine attempt to change or yet another ethical investment swiz, a marketing ploy that gives investors an out when their kids ask them difficult questions about what they do?

We’re going for the latter. First off, it’s only a tiny fraction of Blackrock’s business. At the moment they have $7 billion in so-called ESG (“Ethical, Social, Governance”) funds – less than 0.2% of the total $6.4 trillion they manage. Even if the ethical funds grow to around £150 billion in the next ten years, as Fink hopes, they will still be small fry.

In fact, the entire list is full of multinational companies – from notorious mining and commodities giants (Rio Tinto and Glencore) to electronics and car makers (Siemens, Honda and BMW) – whose need to produce and sell as much stuff as possible is among the main reason climate change is, in Larry Fink’s words, a “systemic issue”.

So it’s all a load of bunk. Even the “controversial weapons” ban isn’t as strict as suggested: the fund has shares in BAE Systems, whose warplanes are currently being used to bomb Yemen.