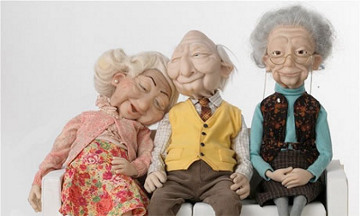 Payday loan firm Wonga has moved key parts of its business to the tax haven of Switzerland, potentially saving it millions in UK tax, an investigation by Corporate Watch has found.

Wonga – already under fire for “predatory” lending and “exorbitant” interest rates – has trademarked software and brand names with a Swiss subsidiary, which can charge Wonga’s UK companies for their use. Wonga’s overall tax bill last year was £22 million and the potential savings are significant.

In the last few months of 2012, when the scheme was just getting started, Wonga sent £35 million of its UK revenues to Switzerland, which has a much lower tax rate than the UK.

Corporate Watch has also found that the company has also registered a new software patent in Ireland, another country with a much lower corporation tax rate than the UK.

Wonga told Corporate Watch that there “was no attempt or intention to reduce our UK corporation tax liability through these, or any other inter-company transactions”.

‘The usual run of business’

Wonga has grown quickly since it was founded by the South Africa-born Errol Damelin and Jonty Hurwitz in 2006. Now backed by venture capitalists including Tory donor Adrian Beecroft, it made a profit of £85 million in 2012.

Although Wonga describes itself as a UK lender, if you look at the small print of a Wonga loan agreement today, you’ll see that while you’re borrowing the money from a UK company, there’s another company – WDFC SA – listed as a “credit intermediary”. You can see it at the bottom of their website’s front page too.

WDFC SA is part of the Wonga group but is based in Geneva, Switzerland. In July last year, it acquired the trademark to the Wonga brand name and computer software used to assess customers’ loan applications, according to records from the UK’s Intellectual Property Office and the EU’s trademark office. The company had previously been granted a consumer credit licence by the UK’s Office of Fair Trading in May 2012, enabling it to act in “credit brokerage”, “debt administration” and “debt collecting” and giving it the authority to deal with people’s data.

WDFC SA’s articles of association lodged with the Geneva company registry describe its main purpose as approving the loans made by Wonga’s subsidiaries outside Switzerland. The records also show Chief Operating Officer Niall Wass and two other executives are now based in Geneva.

All of which means that when someone applies for a loan in the UK, their details are processed by the Swiss company’s software, which can charge Wonga’s UK companies for its use, as well as the right to use the Wonga brand.

In 2012, £35million* was paid to the Swiss company, according to the accounts of Wonga’s UK companies filed at Companies House.

This reduces Wonga’s UK profits while increasing its Swiss revenues. It is likely that these payments will significantly increase in future years as Wonga’s accounts run from January to January and the Swiss company only gained ownership of the trademarks in July.

Wonga would not disclose what the profits of the Swiss company were in 2012 and refused Corporate Watch’s requests to see its accounts, which Swiss law does not require it to publish.

Thanks to UK tax legislation and a tax treaty, any profits that WDFC SA makes from these payments will only be taxed in Switzerland. Switzerland’s standard tax rate for companies that do most of their business abroad is between 9-11% – compared to 24% in the UK – but it is common for deals to be struck with the government for tax rates as low as 1%. ‘Tax holidays’ – where no tax is paid – are also possible.

Wonga would not comment on its Swiss tax rate or explain why it had moved such key parts of its business to a country where it does not make any loans. A spokesperson told Corporate Watch that the payments to Switzerland were “incurred in the usual run of business. They did not result in £35 million being relocated offshore by means of an artificial tax structure. Significantly, and as our accounts show, our group profits of £84.4 million (which included our Swiss operation) resulted in a tax charge of £21.8 million. This represents an effective tax rate of 25.9% which is in fact higher than the UK standard corporation tax rate of 24.5%.”

But the company did not say how much tax it would have paid without its Swiss operation. As the company won’t disclose its non-UK accounts or break down its profit and loss by country, it is impossible to know how the effective tax rate has been calculated. Given the Swiss company had only been charging for the trademarks for at most six months, the key issue will be how the rate changes over time. If revenues continue to be sent to Switzerland and profits are made there, the rate will reduce, as more of its profits will be taxed at Switzerland’s lower rate.**

When asked if its refusal to publish all of its subsidiaries’ accounts undermined its claims to operate in an “upfront and transparent way,” Wonga said that it is a “private company and we are not required to respond to questions about our accounts, which are published in full compliance with our disclosure obligations”.

As with the convoluted finances of Apple, Google and other multinationals, there is no suggestion that any of this is illegal. But the potential saving for Wonga is significant, especially as it continues to expand its global operations. It is already making loans in South Africa, Canada, Poland and the US. WDFC SA can charge all of these companies for the use of its trademarks.

Richard Murphy from Tax Research UK told Corporate Watch: “The transfer of key business processes – especially those that are technology based and that can be protected by patents and copyrights – is a classic way in which companies try to move their profits between countries. Tackling it is a key focus of the current international efforts to crack down on tax avoidance. Of course it is legal but it provides real opportunities for companies to “profit shift” to low tax countries. It’s very hard to explain why Wonga would shift a key business process of this sort to Switzerland if that was not its aim.”

If Wonga follows the path trodden by multinationals such as Apple, other subsidiaries will have to pay royalties to Ireland for use of the software. Ireland’s corporation tax rate for this is 12.5%, though like Switzerland, it can be even less if a deal is made with the government.

Documents registered with the Intellectual Property Office show the system was invented by four staff members in the London office.

Wonga told Corporate Watch: “Wonga Technology Limited is the hub of our global technology development activities and is a substantial operating company in its own right with a significant number of employees. It is common practice for international groups to consolidate their IP holdings in a location where the substantial activity relating to the IP is performed.”

Have you had a Wonga loan and want to tell us about it? Get in touch at contact[at]corporatewatch.org or 02074260005.