Home
/
Coronacapitalism
/
“You despicable beasts”: Dignity Funerals and commodified death in the spotlight

by Samantha Fletcher and William McGowan

In late March 2020, Dignity Plc were on the wrong end of a string of angry messages from members of the public who had received advertising leaflets through their letterboxes. The leaflets read “Save money and protect your loved ones with a Dignity Funeral Plan”. At the very top of the page a brightly coloured offer boasted a “£100 off Discount ends 30 April”.

As the UK headed into coronavirus lockdown, the timing could not have been worse. One user commented: “@Dignity_UK you despicable beasts. Mass posting flyers through doors on the first day of lockdown is abhorrent and you should be ashamed!!!!” Another highlighted the emotional impact on local residents: “#badmarketing you couldn’t make it up […] It’s really upset some elderly residents”. Several people bemoaned ‘profiteering from misery’, accusing Dignity of “callous commercialism” and stating: “Absolutely disgusted […]. We are in lockdown and this is posted to our house and to pensioners’ bungalows! Putting people’s lives at risk for profiteering! Sickening practices.”

Dignity was put on the back foot immediately, issuing repeat apologies and promising to stop all marketing activity, as citizens from far and wide lambasted their advertising strategy. One user contributed their photograph of the funeral leaflet to a separate thread – “compiling a list of people to avoid after we return to normal. The c**ts list!” – a thread kicked off with Virgin tycoon Richard Branson, Mike Ashley of Sports Direct, Wetherspoons owner Tim Martin and celebrity chef Rick Stein, each included for their appalling treatment of staff during the economic downturn. 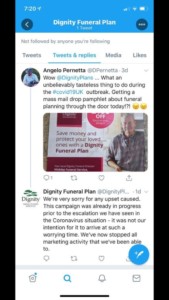 Who are Dignity Plc?

Let’s roll back 12 months. Following a mild winter, in May 2019 Dignity expressed concerns that a shortfall in projected death rates in the first quarter of 2019 was hurting their underlying profits by nearly £7m. Deaths were down 12% for the period, leaving the firm hoping things would “improve” in the second half of the year. Using language many people might not readily or comfortably associate with death and dying, they accepted:

As the world continues to make sense of the Covid-19 crisis, it has brought attention to a whole range of commodity networks, supply chains, and labour processes that usually go unseen or are taken-for-granted. We are often better able to see how things work when they stop working. Or, in the case of Dignity’s mistimed marketing, when business as usual is out of tune with the mood music of the day.

So, what, or who, is Dignity? Dignity Plc, to be more precise, is the UK’s largest “single” funeral provider. It is currently the only publicly listed UK funeral provider on the stock market, with reported annual turnovers of £324m and £316m in 2017 and 2018 respectively.

Crematoria ownership represents significant capital accumulation for the corporate group too. By June 2018, there were 293 crematoria in the UK — 183 operated by local State authorities and 110 by private companies. Of these private companies, Dignity is again the largest operator with 46 crematoria. And these expanding operations mean Dignity has been building up a considerable real estate portfolio, ‘driven by the need to meet shareholder and investor expectations in terms of profit and growth’.

As with many other publicly listed companies, Dignity’s listed shareholders include many of the big investment funds that own most of the world’s capital – the likes of Standard Life, Aviva, Barclays and Blackrock.

Channon’s claim to be the Warren Buffet of Barnes is boosted in a glowing recommendation from the Financial Times’ Investors Chronicle magazine, which says Phoenix’s UK investment fund has “smashed the total return of the FTSE All-Share since its launch in May 1998.” Channon’s strategy is to buy chunks of a small number of UK listed companies he believes are going cheap – “good companies that can be bought for less than half their so-called ‘intrinsic value’ due to short-term problems.” 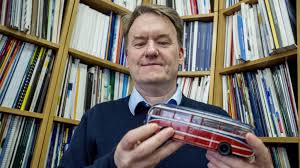 Unfortunately for Phoenix, Dignity hasn’t yet made the expected turnaround – according to Investors Chronicle, the company has been a “major drag” on Phoenix’s overall performance. With many other shareholders pulling out, the market value of the company has collapsed – Dignity’s share price had fallen to a quarter of its peak 2016 level by 2019.

Again, one of the main reasons Dignity had given for its declining profits before the pandemic was a falling death rate. On top of that, the company has faced increasing competition, including what the Evening Standard described as a “price war” with its main rival, Cooperative Funerals. This has pushed the company to start cutting prices on its cheaper funeral products.

Then there is the fact that Dignity is saddled with heavy debts. At the end of 2019, the company owed £542 million to the bond market. This, plus its other liabilities, were actually worth more than its assets, which is never a sign of financial health. Dignity borrowed heavily to fund its buyouts of local funeral directors and crematoria, and to climb to the top of the industry. This strategy worked out so long as prices and profits kept rising – but makes the company vulnerable if the market turns.

Finally, there is a big unknown that may have spooked investors: two ongoing regulatory investigations into the funeral industry.

In March 2019, off the back of a preliminary consultation in November 2018, the Competition and Markets Authority (CMA) announced it would be launching ‘an in-depth market investigation into the funerals sector’. This will investigate the soaring cost of funerals over more than a decade, and current ways of operating by business providers of these services. Then in June 2019, in light of accusations of ‘high pressure’ and ‘bullying tactics’, the UK Treasury announced plans to seek to regulate funeral service providers through the Financial Conduct Authority (FCA).

The results of both investigations were due for completion and release in late 2020, but have been delayed for the time being due to the Covid19 pandemic. 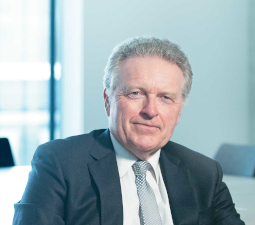 Clive Wiley, chairman of the board

The high cost of dying

As Dignity and its shareholders complain about price cuts and dropping profits, we need to put those complaints against a longer-term backdrop. Prices and profits in the funeral trade soared for more a decade from the early 2000s until the late 2010s. The average cost of a funeral is now many times higher than it was 20 years ago, and this cost has largely been driven, and pocketed by, funeral companies.

In March 2019, the CMA published a detailed “Funerals Market Study” as part of “phase one” of its investigation. This set out some key points, including that:

“Over the past 14 years, the price of the essential elements of a funeral is estimated to have grown by 6% annually, twice the inflation rate over this period.” (p.6)

The study further concluded that:

Since 2002, Dignity maintained a company policy of increasing their prices by 7% annually (p.99-100). One reason the companies have been able to get away with this relates to the nature of their product. According to the CMA study (p.100), only 8% of bereaved families “shop around” for alternatives.

For the companies, this long boom of rising prices has meant extremely high profit margins. The CMA study compared the profits of Dignity and other big UK operators with equivalent companies in Europe, the US, Canada and Australia, for the four years between 2014 and 2017. It found that profit margins (before deductions) in these regions were between 19-26% on average. Some were much lower. For example, Ahorn AG in Germany and the Park Lawn Corporation in Canada were 6-13%. In contrast:

But while funeral profits were being driven up to finance the asset growth and accumulating debts described above, many of the households paying for them were facing the violent impacts of austerity. Basic average funeral costs are now over £4,000, or more than £9,000 when professional fees and discretionary extras such as memorials, flowers, and catering costs are considered – compared to around £1,900 in the early 2000s. For many, the inability to pay these rising costs means the growth of personal debt and funeral poverty. This trend is one example of a much broader serious problem in society today – the transference of corporate debts into personal bank accounts.

As the CMA study notes (pages 20-21), total funeral expenditure varies very little by average household income: households earning over £100,000 per year do not pay 10 times more than households on less than £10,000. In 2017, the total expenditure of a family in the lowest 10% of the population by income was £11,050. This means that a “basic” funeral could cost nearly 40% of the total year’s budget – higher than total spends for food, energy and clothing combined (at 26%).

In short, this morphing of the market hits working-class families, exacerbating income inequality and compounding existing poverty in the UK.

Dignity have responded to this problem, in their own way, by promoting a range of budget alternatives through their sister brand Simplicity Cremations – again, readers may have noticed their avid marketing campaigns. Simplicity provides direct cremations without the added extras associated with an expensive “send off”. Like other Dignity products, they also offer pre-need payment plans – a major point for regulatory scrutiny at the heart of recent investigations.

Despite these efforts, and being able to stake their claim as the largest provider, Dignity are lurching from one crisis to another. Their CEO Mike McCollum recently left the company with immediate effect and their profits have actually fallen during the pandemic as they are unable to sell the full range of service extras that some of these profits rely on. After almost two decades of extortionate price increasing – “a core part of Dignity’s strategy for a considerable period of time” (CMA study cited above, p.99) – the inherent contradictions of exponential growth and driving capital accumulation alongside debt accumulation look like they are finally taking their toll. This period has also served as a painful reminder to so many mourners that what they miss most at the funerals of their loved ones is not the expensive funeral service add-ons, but their family and friends. 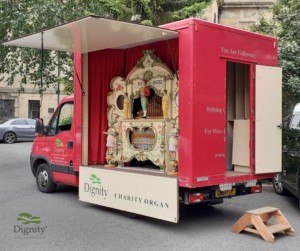 Soon after Dignity received the above barrage of criticism we outlined at the start of this article, the UK government introduced the Coronavirus Act 2020. Nestled among a raft of emergency changes to existing legislation are a series of “temporary” changes to the funeral industry, which will continue to “have a significant impact on what happens to the dead and how funerals are conducted in the coming weeks and months”.

As well as family-only funerals with limited attendance, this includes a more flexible approach to registering deaths, scrapping inquests for suspected Covid-19 deaths, and multi-organisation provision for transporting and storing growing numbers of bodies which would otherwise overwhelm existing mortuaries. While these are emergency measures, which must subject to ongoing scrutiny, they do nothing to address long-standing issues within the industry including poor working conditions and inadequate protection for workers.

Similarly, we can ask whether the CMA and FCA investigations will even begin to satisfactorily address all the issues of cost, profit, competition and exploitation that shape the industry. At best, these investigations aim to ensure the industry is ‘fair’ under the rules of the market itself – there is no hint of any significant or radical challenge to the way funerals are marketised, financialised and provided.

The funeral industry is a peculiar space that provides a vital frontline service every single day. Without serious systemic change, there will be no end to the vulgarity in profiting from death that people now recognise more acutely. While not at all downplaying the seriousness of the Covid-19 crisis, we want to raise broader questions about unfettered corporate freedoms to profit from … well, strictly anything, including death, at all times, both in the midst of a global pandemic and beyond.